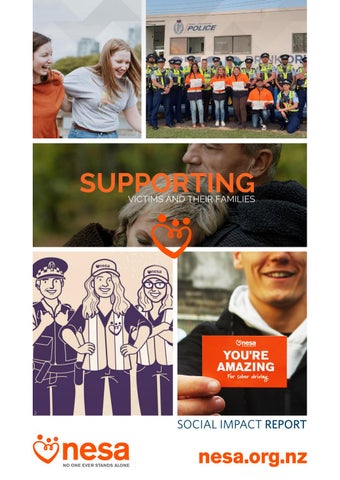 UNITING AGAINST DRINK &amp; DRUGGED DRIVING &amp; SUPPORTING VICTIMS &amp; THEIR FAMILIES. Our 2019-20 Social Impact Report reflects our aspirations and marks our work and effort as a charity to end drink and drugged driving in Aotearoa.

OUR MISSION To end drink and drugged driving in New Zealand for the future generations.

OUR 4 PILLARS No victim should go through the recovery process alone. Every opportunity is made to promote sober and drug free driving at sporting and community events. Strategic partnership is built with the police and the court system. Advocate for tougher drink and drugged driving laws in New Zealand.

Drink &amp; Drugged driving is affecting all of us!

OUR VALUES People are our Priority. Courage is our Code. Integrity and Influence are our Instruments. Responsibility is our Response. Wisdom is our Window to make decisions.

STATISTICS Drink &amp; Drugged driving • Alcohol is a factor in 30% of all fatal crashes in New Zealand • In 2019, alcohol or drugs were a factor in 131 fatal crashes and in 432 serious injury crashes across New Zealand • Studies in New Zealand have found about one in three drivers in fatal and serious injury crashes had some type of drug in their system – mainly cannabis • The average annual social cost of crashes with over 20-year old drivers with known alcohol levels is $446 million.

A Message from our CEO This year was our busiest and most successful year as a charity, and I am so proud of what we accomplished. Our Volunteer programme expanded beyond my wildest dreams and became a strong team of people who enjoyed partnering with the NZ Police at their checkpoints across Auckland and rewarding people for driving sober. We also during this year expanded our influence into the community and had the privilege to share our vision and message in other parts of New Zealand. We travelled to Dunedin to join the Holden Enthusiasts car rally3 and then went to Nelson to promote our organisation at the Richmond Mall when the police community event got postponed. We finished off the year with our team attending the Laneway music festival in Auckland6 and connecting with music goers during the day. It took a lot of hard work, countless hours, and the efforts of both myself and many others to make this year happen and be as successful as it was. We continued to spread our message of driving sober across not only our social media platforms but also in print, radio and news stories and articles both in Auckland and nationally. I even made it on to the front page of the NZ Herald, who would have thought that would happen?

In the coming years, I see an opportunity for us to play an even greater role to support victims by providing them with not only We Care gifts7 but practical help and support to let them know they are not alone. I want to thank everyone who has supported, donated, and cheered us on this year; we could have not done it with you. To all of you who have been impacted by a drink or drugged driver; we see you, we are here for you and we are doing all that we can to end drink and drugged driving in New Zealand for the generations to come. When we all stand together, No One Ever Stands Alone.

Our 2019 Ambassador programme Our Volunteer programme was in its second year of existence last year and at the start of the year we renamed it to the Ambassador programme. We had a huge success as we partnered with the NZ Police at their compulsory breath test checkpoint operations across Auckland. Teams of Volunteers worked in the cold, rain and throughout the evening at locations all over Auckland on Friday and Saturday nights rewarding drivers and passengers who were driving sober. During the year, we successfully won the Auckland Airport community grant that provided us with extra hi-vis gear and confectionery to grow having two teams out on the same night in Auckland. As we headed into the month of December, our team increased our participation at the CPT operations and were part of the Christmas checkpoint operations5. We had Ambassador teams out every Friday and Saturday night right up until the last working day before Christmas.

“I initially joined NESA because I had never heard of the organisation and thought that the work, they do was meaningful and unique. I also wanted to get to know how Police operate at checkpoints. The work that NESA do is so important and I am proud to be part of an organisation that advocates against drink/drug driving. I enjoy knowing that I am playing a small role in helping reinforce the message of sober driving and bringing the topic to the forefront of our minds“ M. HU-DAVIDSON – AMBASSADOR 2019 5

IN THE COMMUNITY We had the privilege to head to a few community events around New Zealand to promote our sober driving message and meet members of the local community. • Joined the Holden Enthusiasts Club of Otago at the Peter Brock Memorial Cruise in Dunedin with over 100 attendees for the car rally3 • Launched the NESA Road Safety Award and presented it to the NZ Police Auckland based Impairment Prevention Team at our Third Birthday and Fundraising Event4. This event took place in October and we had 30 people in attendance with members of the community, the NZ Police and not for profit sector in attendance • We co-organised a Road Safety Walk with BRAKE NZ8 that attracted 20 people and we all walked from Mission Bay to St Heliers promoting road safety and walking in the remembrance of a someone we knew who had lost their life on our roads • With five of us, we attended the St. Jerome’s Laneway music festival in Auckland6. This was an all day music festival with over 12,000 people in attendance and took place in January. We had a marquee, door prizes and promoted the message of driving sober to the music goers.

“I appreciated the support NESA provided initially to me with a We Care gift7. I have gone on to support NESA when I can both at their Third Birthday event and at the Road Safety walk as I believe in the work that they are doing” REBECCA SMIDT

“My family had not heard of NESA so when a large bouquet of flowers arrived, about a week after Mark’s death, with an attached message of support it was very comforting to know ‘we didn’t stand alone’. We need to get the message out “Don’t drive drugged or drunk!” JOHN SIVITER

Governance NESA is a charitable trust and is registered as a charity with the Charities Commissions (#CC55917) and IRD. The NESA Board

A Huge thank you to our 2019-20 supporters: • The NZ Police including the entire Auckland Impairment Prevention team

Our Board of Trustees is made up of people with strategic, legal, operational management and financial skills and capabilities. In addition to our voting trustees, we also have Advisors that provide insight and support to our Board. Our CEO, trustees and advisors are all volunteers.

• All the amazing men and women who were Ambassadors in 2019-201 • Zoomy for all their work, support and for choosing NESA to be part of their Charity drive2 • Auckland Transport for the confectionery support for the checkpoints • The Auckland Airport Community Trust

Join our Ambassador programme or volunteer in another capacity with us. Email us to learn more; info@nesa.org.nz

• National Partnership with Zoomy for their charity fundraising campaign2

Leave a gift in your Will and leave a Legacy.

With our big goals and dreams head of the coming years, we cannot do what we want to do without people who believe in the mission and join us to end drink and drugged driving. Join us to make a difference in New Zealand.

WHERE OUR FUNDS CAME FROM

Organise a fundraising event in your community.

A partnership with your business and NESA demonstrates your commitment to promoting sober driving with your employees, customers, and stakeholders.

Become a monthly donor or make a one-off donation. https://givealittle.co.nz/org/nesa

• Huge exposure from Zoomy Charity campaign2 across FB and Instagram for a few months across New Zealand. 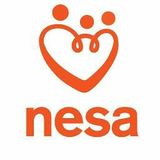 No One Ever Stands Alone NESA charity org