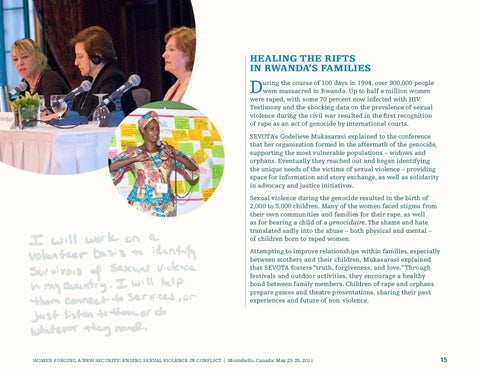 Healing the Rifts in Rwanda’s Families

uring the course of 100 days in 1994, over 900,000 people were massacred in Rwanda. Up to half a million women were raped, with some 70 percent now infected with HIV. Testimony and the shocking data on the prevalence of sexual violence during the civil war resulted in the first recognition of rape as an act of genocide by international courts. SEVOTA’s Godelieve Mukasarasi explained to the conference that her organization formed in the aftermath of the genocide, supporting the most vulnerable populations – widows and orphans. Eventually they reached out and began identifying the unique needs of the victims of sexual violence – providing space for information and story exchange, as well as solidarity in advocacy and justice initiatives. Sexual violence during the genocide resulted in the birth of 2,000 to 5,000 children. Many of the women faced stigma from their own communities and families for their rape, as well as for bearing a child of a genocidaire. The shame and hate translated sadly into the abuse – both physical and mental – of children born to raped women.

Attempting to improve relationships within families, especially between mothers and their children, Mukasarasi explained that SEVOTA fosters “truth, forgiveness, and love.” Through festivals and outdoor activities, they encourage a healthy bond between family members. Children of rape and orphans prepare games and theatre presentations, sharing their past experiences and future of non-violence.

Conference Report from May 2011 conference in Montebello, Canada 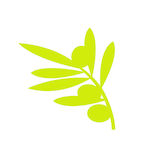