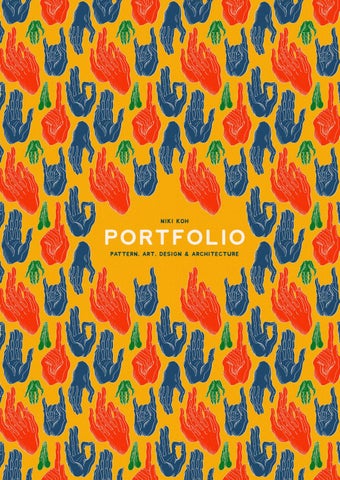 The Hegelian Dialectic shows how we only understand the world in polar opposites. For instance, we cannot understand what is light without knowing what is dark. One side is the thesis and the other the antithesis, and the truth exists in the synthesis â&#x20AC;&#x201D; the area in between. This dualism is found in quantum entanglement, as entangled particles are always in opposite states, but before the instant, they are measured, the state of a particle is always indefinite. My work is based on the Hindu dharma-yuddha (dharma meaning righteousness, yuddha meaning war), that has close links with the Dialectic. In sacred Hindu texts, this battle between two sides has rules set. These rules ensure that the war is a fair one , and that whoever prevails is undoubtedly the true victor. A war that I specifically focused on was the Kurukshetra War from the Mahabharata, a classical Indian epic poem that details the 18 day war between 2 groups of cousins: the Kauravas and the Pandavas, for acension to the throne. Some of the rules set, for example, were: a soldier can only fight another soldier with the same weapon, and the battle started daily exactly at sunrise and ended exactly at sunset. Thus, the two opposing sides of war battle towards an equilibrium and find their conclusionin the end â&#x20AC;&#x201D; somewhere in the synthesis.

and Pandavas meet for battle. Circa 1700, India, Mewar

MĂśbius â&#x20AC;&#x201D; The World of Edena (1983-2001) With the moodboard I was looking for pieces that mainly displayed the concepts of duality in terms two sides engaging in a war or fight of sorts. I was also looking for art that had links to Asian and more specifically, Hindu motifs and colour palettes. Most of these included the complementary colours of blue and orange and bright, bold shapes with a lot of detail, so that was something that I aspired to create in my final outcome as well.

These motifs were all handdrawn and inked, then scanned and coloured in Photoshop! Tiring but fun. Much of the traditional clothing and weapons were drawn with extensive research on ancient warriors and their weapons in India. Featured are the weapons and animals that were used in the Kurukshetra War, such as the bow and arrow, lances, swords and maces, as well as horses and elephants. The sun and moon are a direct reference to how the war began when the sun rose, and ended when the sun set. On the other hand, the motif in the middle represents the sound â&#x20AC;&#x2DC;Ohmâ&#x20AC;&#x2122;, which is a sacred mantra in Hinduism and Buddhism â&#x20AC;&#x201D; it signifies the ultimate reality and truth.

First draft of the banner

Banner hanging in the ADM lobby

The final banner depicts two sides in battle â&#x20AC;&#x201D; one dressed in orange and the other in blue (complementary colours), wielding traditional weapons from ancient India. The background is a pattern of mudras: Hindu hand gestures that each have a different meaning. The background fades from sunlight to moonlight, a parallel to the duration of their daily battle. When they converge in the middle, they find their conclusion and thus the ultimate truth of their reality, represented by the 'Ohm' symbol.

NIKI KOH Hiya there! I'm Niki, and as of Summer 2019 I'm a Year 2 Visual Communications student of NTU's School of Art Design and Media. I love love love bold colours and illustrating and so I incorporate of a lot of that into the things that I design. Thanks for flipping through my portfolio and I hope you enjoy this photo of me hehe. Instagram: @nikkei.dex 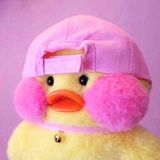 It documents my research and works for the module Pattern, Art, Design and Architecture in NTU-ADM. Very exciting. Taketh a looketh!!!

It documents my research and works for the module Pattern, Art, Design and Architecture in NTU-ADM. Very exciting. Taketh a looketh!!!