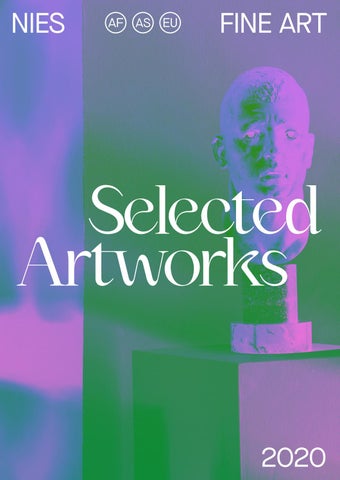 Nies Fine Art offers an exquisite selection of African, Asian, and European sculpture and delivers expertise from each region, focussing on the historical importance, technical and artistic quality of each object. The collection, presented online, is curated and managed by Elena Nies. She obtained a BA in the History of Art at the University of Ghent and completed an MA in Northern Renaissance Art at the Courtauld Institute of Art, where she focused on European medieval sculpture. Prior to Nies Fine art, she volunteered at the Museum Mayer van den Bergh in Antwerp, worked with several UK-based sculpture dealers and with Sothebyâ&#x20AC;&#x2122;s, London. Growing up in an art dealing family, who trade in Asian sculpture and collect European and African sculpture, she has gained in-depth knowledge throughout her life and has united these fields with her own expertise and experience in Nies Fine Art. Nies Fine Art is delighted to present their inaugural online catalogue, including three highlights from the collection - representing Africa, Asia and Europe.

Kpelie Mask Senufo sculpture is amongst the finest and most elaborate artistic styles in the African continent. Kpelie masks portray oval feminine stylized faces, although usually worn by men, and are symbolic in nature honouring Senufo ancestors. This kpelie mask is a particularly fine example, showcasing geometric motifs flanking the face and intricate incised and raised sacrificed patterns on its forehead and at the sides of the nose, contrasting with its smooth glossy surface. Two pegs, which can be interpreted as legs, horns or locks of hair, protrude from the lower cheeks. The use of hard wood characterised by a natural deep-brown patina and small holes punctured along the ridges of the mask are typical Senufo features. Kpelie masks were carved in a ritual setting and evoke a mystical energy, which is noticeably present in this example. Throughout the twentieth century Senufo members wore finely carved kpelie masks on several occasions, including in rites at initiation ceremonies, at burial rites, and harvest festivals. 3 In addition, the heraldic bird sitting on top of the mask can be interpreted as a cultural emblem of the Senufo people. 4 Ivory coast, Senufo, early 20th century Wood â&#x20AC;&#x201C; height: 43cm.

Buddha Sakyamuni Lan Na established in the 13th century in Northern Thailand and was one of the most powerful states in the country until its fall in 1556. Chieng Mai, the capital of the kingdom since 1327, became renowned for its bronze casting workshops and developed a unique artistic language, subtly influenced by Pala sculpture from India, and the Sukhothai style. Some of the earliest images of the Buddha produced in Thailand originate from Chieng Sen, indicating its artistic importance and presence of sophisticated workshops. 1

This gilded sculpture depicts Buddha Sakyamuni, also known as the Buddha of compassion who turns sufferings into happiness for all living beings. Buddha is seated in virasana with his hands in maravijaya. The present bronze demonstrates the artistic achievement of bronze casters active in Chieng Sen in the 16th century. The abstracted forms, adorned with carefully placed incisions and details make this sculpture a striking object of devotion.

The physiognomy of 16th century Chieng Sen Buddha images differs from images made in other parts of the country. Its location at the Mekong River and closeness to the borders of Laos generated a cultural and artistic influx. As a result, artists from this region, referred to as the golden triangle, created Buddha images with distinct artistic characteristics much inspired by Lao art - particularly in the later Lan Na period (15th-16th century). 2 This sculpture displays this influence clearly, including the equal length of his long fingers, the sharp lines decorating the shawl draped over his left shoulder and finger nails, knuckles, ankles, and neck lines. Whilst this Buddha shows more abstracted features, it also demonstrates delicate elements, such as the small spikey curls, fine headband and sensitively carved face. The lotus throne is treated with much care as well, including a pearled rim and raised lotus petals decorated with incised flower and geometric designs. The tall base, onto which the throne is set, is bare and possibly once bore an inscription. Overall the sculpture is in good condition, revealing the authentic gilding and rests of the original clay mould on the inside of the sculpture.

Pankration Fighter Sculptures of fighters were produced as early as the Hellenistic times due to the popularity of combat sport. Pankration involved wrestling, boxing with bare hands, and kicking, and was considered the most dangerous sport in the Olympics. The subject matter is amply represented in ancient art, including sculpture, mosaics, pottery and painting. Usually, a pankration fighter, depicted in whatever medium, has a counterpart generating an exciting juxtaposition of figures resembling an actual fight. This sculpture kicks his left foot forward and drops his body weight back creating a powerful energy. This pose is similar to one depicted on a panathenaic prize amphora from circa 500BC in the Metropolitan Museum of Art, New York (accession no. 14.130.12).The right hand figure similarly lifts his arms in the air, kicking his opponent aggressively in the stomach, setting up a plough punch. Consequently, it is feasible that this model once had a similar opponent grabbing his raised leg as shown on this vase.

This dynamic cast of a pankration fighter was made after a Roman sculpture dating to the 1st century AD found in Autun, France in 1869. The antiquity was acquired by the Louvre Museum, Paris in 1870. The present sculpture is unsigned, but it is most likely that a French artist made the bronze shortly after the model’s finding, due to its location and availability. The slick modelling and lively rendering of the ancient model indicate that the artist was a talented bronze caster with significant artistic and technical skill. No other 19th century casts are known of this model, making this sculpture an absolute rarity.

The physiognomy of the sculpture is expressive, with an almost caricatured slightly swollen face, with large ears and tense facial expression. His stylized hair is tied up in a chignon - a hairstyle worn by Egyptian professional fighters – and contrasts with his more defined beard and moustache.5 His right calf, arms, neck and shoulders are flexed, his hands clenched and his muscled torso is naturalistically modelled. This powerful sculpture is in excellent condition, revealing a consistent quality that captivates the spectator from all angles. 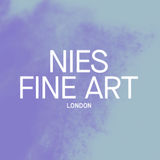 Nies Fine Art offers an exquisite selection of African, Asian, and European sculpture and delivers expertise from each region, focussing on...

Nies Fine Art offers an exquisite selection of African, Asian, and European sculpture and delivers expertise from each region, focussing on...