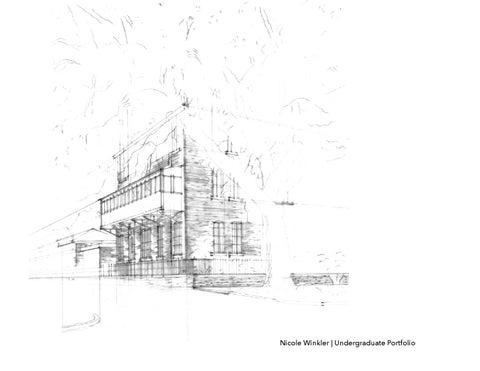 The majority of the design process for me is a journey through which I become a civilian, local to the site at hand. The regional culture, politics and history of any site are the most pivotal precedents which inform the design project as a whole. And in terms of my growth as a student of architecture, this process has brought to me a greater appreciation for travel and discovery, which I have found, strengthen my desire to create and learn more in the vast field of architecture. I look forward to the experiences ahead, in graduate school and beyond, where I will have the opportunity to completely immerse myself in site-specific projects, where cultural heritage and strife demand architectural solutions. I will approach these solutions with contemporary ideas, utilizing both traditional media and emerging design tools, expanding and building upon my knowledge and experience acquired in the previous four years.

Temple Or is an experience-relying architecture. The purpose of Temple Or is simple: to restore and satisfy the being. As a public space, Temple Or attracts and excepts everyone into it’s space, as it is nondenominational and public. The purpose or experience of Temple Or is defined by the time of day. When the sun reaches its peak during the day, an incredible amount of light will enter the two towers, touching the underground atrium where the first experience takes place. This experience is ideal for a person who is searching for clarity, guidance or relaxation. After this, the occupier is then welcomed to circulate around the towers, utilizing the escalators from balcony to balcony to the garden roof. For those who are handicap, there is an elevator to the roof. The purpose of this second experience is a kind of thanks to the towers; an embrace. The experience ends when the occupier has reached the roof and has spent time reflecting. The elevator is then responsible for transferring those people to the ground level, where they are welcome to either spend more time reflecting around the mountainous landscape, or to relocate.

Symmetry: the balanced distribution and arrangement of equivalent forms and spaces about a center or axis Hierarchy: the articulation of the significance of a form or space by its size, shape or placement relative to other forms in the organization Rhythm/ repetition: a unifying movement characterized by patterned or alternation of motifs or elements. Geometry/ proportion: a comparative, proper, harmonious relationship of one parti to another or of the whole Axis: a line established by two points in space about which forms and spaces can be arranged in a balanced manner Parti: the basic scheme or concept for an architectural design represented by a diagram

Photograph of model, ascension into circulation through building

The element which I focused on over the course of this project was Projection. This term aided me in the design process as well as the methods for documentation and presentation used. Projection can be seen in nature and in manmade construction. The projection of branches from a tree can be compared to an overhand of a building or an elevated base plane. The relationship between natural elements and architectural elements drove my design experimentation for this site, and with this inspiration, I have gained a greater appreciation and understanding for art which explores the relationship between the built environment and the natural world.

The One Man Show The Ruins, Savannah, GA.

Still images taken from “Connections,” a film using LED lights, plastic sticks and the audio track “Feel The Love” by Rudimental. The film shows the relationships and connections between the sticks and the body, where lights are symbolic joints and sound is choreography.

Concept site plan and elevation. These sketches include the plans for a mini-home (for the traveling performer), a multipurpose space including a black box theater and outdoor pavilion, as well as the proposed crane and acoustic members.

Symbiosis: a collage of bamboo garden, proposed designs and entourage

During the design process of the outdoor theater, ideas of temporary, retractable and collapsable arrangements were explored

Watercolor of site ruins from observation

The 13th Arrondissement unfolds from specific social vertices, the nexus of which is proposed within the project site. A primitive form infolds from this force. The fold is then genetically replicated within each unit cell of the existing matrix. The plug-over of Les Docks is blended into the new undulating form folding with it the second initial force of the illuminated plugover. These two forces complicate within the initial condition to create a variety of experiential and exposition spaces which propagate around a datum of circulation along the Seine.

In North Carolina, a particular movement took place during the time period of The Civil War called Antebellum architecture, or the Greek Revival. This style includes the use of collonades, vast landscapes and longitudinal and symmetrical form. Similarly, the catholic church had an incredible impact and influence on the lives of southerners, slaves and not. Religion gave North Carolina residences hope for the end of the war and for their futures. The program for this site is a fresh market, and the goal for this design is to channel the historical nature of the site and to combine it with a familiar floor plan and nature-integrated facade. This kind of symbiotic design will satisfy the program, as well as harness the culture of the location.

Virginia residents were the first to move to North Carolina and established permanent English settlements. They heard stories of a wonderful climate, plenty of resources, and fertile land. Around 1650 they came to the Albemarle Sound. They bought land from the Native Americans in the area. There are two major things that have had an impact on North Carolinaâ&#x20AC;&#x2122;s development. The first is that there is no natural harbor along the stateâ&#x20AC;&#x2122;s cost, which slowed down commerce in the area. North Carolina became quite industrialized after the Civil War ended. The tobacco, furniture, and textile industries all grew and thrived. The fact that there were around 35,000 Native American people living in the region at the time of early settlement was also a major factor. However, they were mainly friendly and helpful early on, teaching planting and agricultural techniques to the new settlers. Unfortunately, the white settlers brought diseases and conflict to the Native Americans, eventually leading to war and the removal of many tribes to reservations.

Sketch of circulation in perspective

Sketch of commerce in perspective

Sketch of market in perspective

Watercolor of market entrances in perspective

This project was dictated by a system which contains three parts: a primary part, secondary and tertiary. This hierarchy was initially found in the program, which included a viewing tower, work space and residence. The system was then found at a more local level, with corridors, spaces and structure. Thirdly, this sytem was found in the structure, which includes a bottom lintel, top lintel and truss. The system was eventually discovered in the process of design, starting with analysis, followed by conceptualization and finally design completion.

Gestural sketch of site from observation

The library is a resource for all; providing a tertiary and supplementary amenity to education, work and home life. Taking inspiration from political figures who support education for all, including Martin Luther King Jr. and Malala Yusafzai, a theory was developed: Library 2020 must represent equality and a contemporary means of education and correspondence, while housing the new wave of data storage: The Cloud. There is a subtle implication within the circulation of the program, which dictates a symbolic experience for the user. The foundations of the cloud: books and services, anchor the corners of the site, as well as support The Modular Cloud which hovers above the site. The Cloud literally houses the digital components of the program, symbolizing a journey from stack to server, a transition which is that of the digital age. Essentially, for one to enter the cloud, one must first go through one of the three foundations, which historically, occurred prior to the age of technology.

Concept sketch of elevation in perspective

Concept sketch of facade in perspective

Concept sketch of facade in perspective

Rendering of Cloud from above within context

Rendering of Cloud from above

Rendering of Cloud within the site 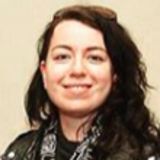 This is the architecture portfolio I submitted for admissions into the Masters of Architecture program at SCAD, for which I was accepted.

This is the architecture portfolio I submitted for admissions into the Masters of Architecture program at SCAD, for which I was accepted.