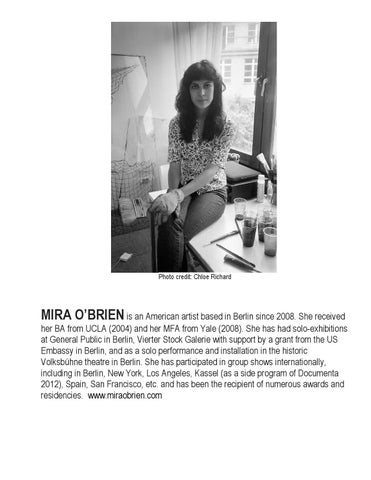 MIRA Oâ&#x20AC;&#x2122;BRIEN is an American artist based in Berlin since 2008. She received her BA from UCLA (2004) and her MFA from Yale (2008). She has had solo-exhibitions at General Public in Berlin, Vierter Stock Galerie with support by a grant from the US Embassy in Berlin, and as a solo performance and installation in the historic VolksbĂźhne theatre in Berlin. She has participated in group shows internationally, including in Berlin, New York, Los Angeles, Kassel (as a side program of Documenta 2012), Spain, San Francisco, etc. and has been the recipient of numerous awards and residencies. www.miraobrien.com 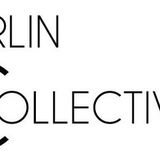