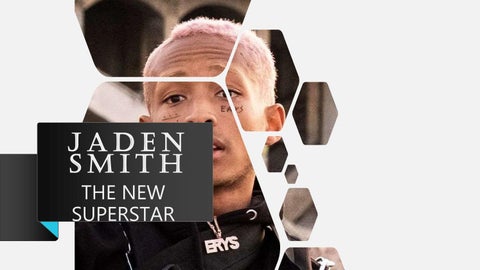 5. Description of his House 6. Likes and Dislikes about food 7. Artistic Work

He’s a great and humanitary person, singer, dancer and actor.

Physical Apperance He’s 21 years old, he’s fit and muscular, he has pink hair in 2020 but he was brown dreadlocks in the past. He’s tall, he has brown skin, he has big and brown eyes, he has two moles in his face. Sometimes he has beard.

Jaden Smith’S House He lives with his family in a big and pretty house in California, United States.

• There are six rooms in it, two floors and four bathrooms. Upstairs, there are five bedrooms, in the principal bedroom, next to the bed there is the bathroom, the wardrobe there is between the bathroom and the desk, in the first floor there is a very big kitchen, behind the spacious living room with a very big window and a pretty chimney, and next to this there is the dining room, the door there is behind to the dining table, and out of the door there is the yard, with a pretty garden, and next to this, there is the garage. • He live in Malibu with his parents and his sister, he doesn’t live in a neighborhood because he live in a mantion. • Malibu is a city of west side in California. • Jaden and his family live in L.A, his lifestyle is very hectic. • California is one of the very hectic and luxury state of United States.

Food: Likes and Dislikes He loves the vegetables and fruits in special the carrot, celery, cucumber, apple, watermelon and tangerine. He likes to eat bars of chocolate and drink bottle of water or glass of milk.

He doesnâ&#x20AC;&#x2122;t like the sodas, avocado and tuna. He makes this recipe for the afternon snack: Fruit Salad. Ingredients: 3 bananas 2 apples 2 mangoes 1 pear A cup of stramberries A cup of blueberries A cup of milk cream 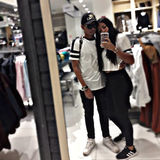