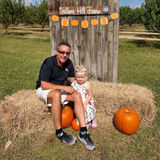 "Nick Stroboulis is a consummate professional, businessman, and family man. Born in Greece, he shortly thereafter moved to the United States in 1963 at the age of three. Nick Stroboulis grew up in New York with a loving family consisting of his mother, father, and sister. After attending Hillcrest High School in Queens, NY, Nick Stroboulis went on to graduate from Pace University. Nick was lucky enough to marry his high school sweetheart and after the birth of their firstborn, they moved to New Jersey to provide their quickly growing family with a better environment. Family has always been important to Nick Stroboulis; he is a proud father to three loving children, grandfather to one, and has one nephew.