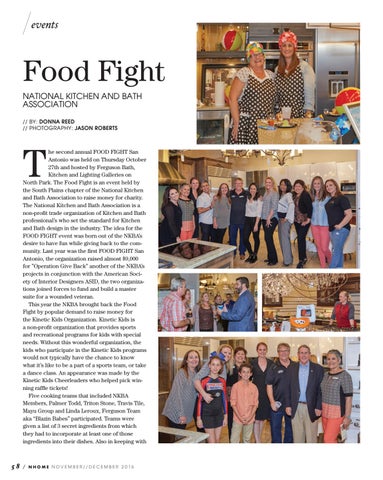 he second annual FOOD FIGHT San Antonio was held on Thursday October 27th and hosted by Ferguson Bath, Kitchen and Lighting Galleries on North Park. The Food Fight is an event held by the South Plains chapter of the National Kitchen and Bath Association to raise money for charity. The National Kitchen and Bath Association is a non-profit trade organization of Kitchen and Bath professional’s who set the standard for Kitchen and Bath design in the industry. The idea for the FOOD FIGHT event was born out of the NKBA’s desire to have fun while giving back to the community. Last year was the first FOOD FIGHT San Antonio, the organization raised almost $9,000 for ”Operation Give Back” another of the NKBA’s projects in conjunction with the American Society of Interior Designers ASID, the two organizations joined forces to fund and build a master suite for a wounded veteran. This year the NKBA brought back the Food Fight by popular demand to raise money for the Kinetic Kids Organization. Kinetic Kids is a non-profit organization that provides sports and recreational programs for kids with special needs. Without this wonderful organization, the kids who participate in the Kinetic Kids programs would not typically have the chance to know what it’s like to be a part of a sports team, or take a dance class. An appearance was made by the Kinetic Kids Cheerleaders who helped pick winning raffle tickets! Five cooking teams that included NKBA Members, Palmer Todd, Triton Stone, Travis Tile, Mayu Group and Linda Leroux, Ferguson Team aka “Blazin Babes” participated. Teams were given a list of 3 secret ingredients from which they had to incorporate at least one of those ingredients into their dishes. Also in keeping with 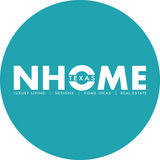