and one minute into the rehearsal, Slava went into a huge tirade in Russian, clearly berating Maxim on his conducting, to the great amusement of the players. “In the concert, the ebullient Maxim entered the stage, made a very quick bow and turned around, starting his father’s Festive Overture as he went. No one was ready, except for a brave trumpet player who emitted a tiny squeak. Later, the great Rostropovich entered and played the most incredible concerto, with a very slow Bach movement to follow. I have never felt such intimacy in a concert, as though all 2000 of us in the hall were sitting in a small room just with him. Pure magic.”

“I have never felt such intimacy in a concert, as though all 2000 of us in the hall were sitting in a small room just with him. Pure magic.”

Then there was the NZSO in Seville, Spain as part of Expo ’92. “There was a very special concert with NZSO Chief Conductor Franz-Paul Decker and Kiri Te Kanawa. The next day we played in the town square for the local music lovers. They loved it so much that they formed a guard of honour at the end and clapped each individual player off the stage,” says Donald. Assistant Sub-Principal Emeritus Viola Peter Barber, who joined the NZSO in 1979, also remembers Seville. “Maestro Decker was a formative visitor to the NZSO over many years. He could be terrifying to work with, but we gave wonderful performances of Beethoven, Brahms, Bruckner, Haydn, Strauss, Mahler, and Wagner, particularly Das Rheingold.

“The many highlights included visiting Tūrangawaewae to play, and, at the powhiri, hearing conductor and soloist John Georgiadis sing the waiata in reply in Greek. Our Pops tours with conductor Ron Goodwin played to full houses everywhere. “I also enjoyed the wonderful concert halls in Wellington, Auckland, Christchurch, Dunedin, Hong Kong and Seville. New Zealand composer Gareth Farr’s music was another highlight, especially From the Depths Sound the Great Sea Gongs, with its riveting percussion solos, so reminiscent of Polynesian log drums.” Supporting Aotearoa when in need Other NZSO concerts have been especially poignant for listeners who shared their memories with RNZ Concert. “Shortly after the Air New Zealand Mt Erebus crash in 1979 I attended an NZSO concert in Wellington Town Hall,” said Ian. “As a requiem for those who had died, Michiyoshi Inoue conducted the Orchestra [playing] the Nimrod, Variation IX 8

Join the NZSO in 2022, as we celebrate our 75th anniversary and look forward to a golden future. 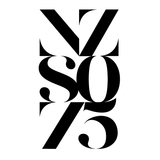