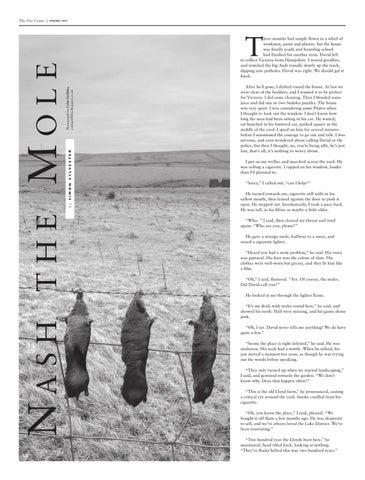 hree months had simply flown in a whirl of workmen, paint and plaster, but the house was finally ready and boarding school had finished for another term. David left to collect Victoria from Hampshire. I waved goodbye, and watched the big Audi trundle slowly up the track, dipping into potholes. David was right. We should get it fixed. After he’d gone, I drifted round the house. At last we were clear of the builders, and I wanted it to be perfect for Victoria. I did some cleaning. Then I blended some juice and did one or two Sudoku puzzles. The house was very quiet. I was considering some Pilates when I thought to look out the window. I don’t know how long the man had been sitting in his car. He waited, sat hunched in his battered car, parked square in the middle of the yard. I spied on him for several minutes before I summoned the courage to go out and talk. I was nervous, and even wondered about calling David or the police, but then I thought, no, you’re being silly, he’s just lost, that’s all, it’s nothing to worry about. I put on my wellies and marched across the yard. He was rolling a cigarette. I rapped on his window, louder than I’d planned to. “Sorry,” I called out, “can I help?” He turned towards me, cigarette still unlit in his sallow mouth, then leaned against the door to push it open. He stepped out. Involuntarily, I took a pace back. He was tall, in his fifties or maybe a little older. “Who- ” I said, then cleared my throat and tried again. “Who are you, please?” He gave a strange smile, halfway to a sneer, and raised a cigarette lighter. “Heard you had a mole problem,” he said. His voice was guttural. His hair was the colour of slate. His clothes were well-worn but greasy, and they fit him like a film. “Oh,” I said, flustered. “Yes. Of course, the moles. Did David call you?” He looked at me through the lighter flame.

“It’s me deals with moles round here,” he said, and showed his teeth. Half were missing, and his gums shone pink.

“Oh, I see. David never tells me anything! We do have quite a few.” “Seems the place is right infested,” he said. He was unshaven. His neck had a wattle. When he talked, his jaw moved a moment too soon, as though he was trying out the words before speaking. “They only turned up when we started landscaping,” I said, and gestured towards the garden. “We don’t know why. Does that happen often?” “This is the old Lloyd farm,” he pronounced, casting a critical eye around the yard. Smoke curdled from his cigarette. “Oh, you know the place,” I said, pleased. “We bought it off them a few months ago. He was desperate to sell, and we’ve always loved the Lake District. We’ve been renovating.” “Two hundred year the Lloyds been here,” he murmured, head tilted back, looking at nothing. “They’ve flocks hefted this way two hundred years.” 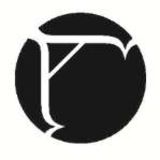