NWWealth 1. Introduction This report is the result of New World Wealth’s extensive research covering the wealth market in the United Kingdom. Figures mentioned in this report are from New World Wealth unless otherwise stated. The following wealth bands are considered in our analysis.

Note: “Wealth” refers to the net assets of a person. It includes all their assets (property, cash, equities, business interests) less any liabilities.

Those individuals with wealth of US$1 billion or more.

Those individuals with wealth of US$100 million or more.

Those individuals with wealth of US$10 million or more.

Those individuals with wealth of US$1 million or more.

The UK is the 4th largest wealth market in the world (in terms of total wealth held) after USA, China and Japan. Notably, it ranks ahead of Germany on this measure. People living in the UK together hold US$9.1 trillion in wealth. Around US$3.3 trillion (36%) of this is held by millionaires (HNWIs).

The average UK individual has net assets of approximately US$138,000 (wealth per capita).

There are just over 760,000 millionaires (HNWIs) living in the UK, each with net assets of US$1 million or more.

There are approximately 24,000 multi-millionaires living in the UK, each with net assets of US$10 million or more.

There are around 1,100 centi-millionaires living in the UK, each with net assets of US$100 million or more.

There are 95 billionaires living in the UK, each with net assets of US$1 billion or more. Only three counties worldwide have more billionaires than UK, namely: USA, China and India.

NWWealth 3. The wealthiest cities in the UK The following table ranks UK cities by total wealth. Note: “Total wealth” refers to the private wealth held by all the individuals living in each city. It includes all their assets (property, cash, equities, business interests) less any liabilities.

London: Total wealth held in the city amounts to US$2.4 trillion. This makes London the 4th wealthiest city in the world (after New York, Tokyo and San Francisco). The most affluent suburbs in London include: Knightsbridge, Belgravia, Mayfair, Chelsea, Kensington, Westminster, Hampstead, Richmond, Wimbledon, Regents Park and St Johns Wood. The houses and apartments that overlook the parks (Hyde Park, Regents Park and Hampstead Heath) are especially affluent. As part of this study, location analytics specialists Webster Pacific created a heat map to give a better indication of which neighborhoods are the wealthiest in London. See heat map here.

Manchester & Trafford: Total wealth held in the area amounts to US$262 billion. Manchester is the main financial and business hub in Northern England. It is also one of the fastest growing cities in the UK (in terms of wealth growth over the past 10 years). These figures include wealth held in Hale and Altrincham (both affluent towns in Trafford). Major sectors in the area include: financial services, manufacturing, retail and IT.

Edinburgh: Total wealth held in the city amounts to US$182 billion. Edinburgh is the financial capital of Scotland and the 3rd wealthiest city in the UK. Major sectors in the city include: financial services, professional services and diversified.

NWWealth 4. Spotlight on small towns in the UK

Notably, over the past few years, many wealthy Londoners have moved out of the city to nearby small affluent commuter towns such as Taplow. This is a notable trend that is gaining momentum.

We only included towns with less than 30,000 people in this review, so larger affluent towns are excluded. Towns classified as part of London, such as Richmond, are also excluded.

Refers to the number of multi-millionaires with homes in each town. Figures include residents and 2nd home owners.

Note: Refers to the number of multi-millionaires with homes in each town. Figures for June 2019. Source: New World Wealth

As mentioned, there are just over 760,000 millionaires (HNWIs) living in the UK, each with net assets of US$1 million or more. The following table examines the most common degrees and certifications held by these HNWIs.

Type of degree / area of study

NWWealth The following table provides a breakdown of the top universities for producing UK HNWIs.

NWWealth The following table provides a breakdown of the main industries in which HNWIs in the UK have acquired their wealth.

Notably, a large portion of UK luxury sector revenue comes from luxury hotels. Most of the UK’s most exclusive hotels are located in London. Notable examples include: the Ritz, the Mandarin Oriental and Claridge’s.

The UK and especially London is one the top global hubs for family offices - we estimate there to be over 200 family offices with a presence in the city – together they manage around US$850 billion in HNWI wealth.

We use a model to calculate wealth breakdowns for each country, with key inputs including: 

Stock market stats in each market.

Property stats in each market.

Income stats in each market.

GDP per capita stats in each market.

Currency movements in each market vs. the US$ (note: all our stats are in US$ terms).

Stock market movements in each market (in US$ terms).

Property price movements in each market (in US$ terms).

NWWealth We then use our HNWI database for the demographic splits within each country (i.e. city, sector, age and suburb wealth breakdowns). So for instance if 30% of the HNWIs in our UK database are living in London, then that would mean that London should account for around 30% of the UK’s HNWIs.

We have a sample of around 150,000 HNWIs worldwide in our database. Most of the individuals in our database have the following work titles: Directors, Chairman, CEOs, Founders and Partners. We do not give out the names of these individuals to anyone. We purely use this database for in-house statistical studies.

We also use public prime property stats (property registers and property sales stats) as a sanity check on all our city and suburb wealth breakdowns. Specifically, we look at the number of homes valued at over a million US$ in each area.

Recent wealth migration trends - which we see as an insight into future wealth trends. So for instance if a large number of HNWIs are leaving a country that is probably a bad sign for future wealth growth.

Competitive advantages of each economy.

Safety levels in country and the efficiency of the local police service.

Ease of doing business in country.

Level of innovation and entrepreneurship in country.

New World Wealth is a global market research group, based in Johannesburg, South Africa. We specialize in ratings, surveys, country reports and wealth statistics. We also provide management consulting and public relations services to our clients. Our research covers 90 countries and 150 cities worldwide.

Services on offer include:  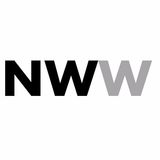