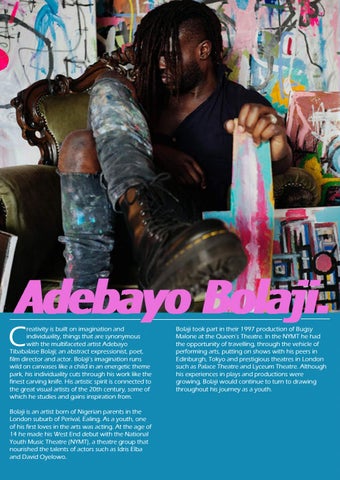 reativity is built on imagination and individuality, things that are synonymous with the multifaceted artist Adebayo Tibabalase Bolaji; an abstract expressionist, poet, film director and actor. Bolajiâ&#x20AC;&#x2122;s imagination runs wild on canvases like a child in an energetic theme park, his individuality cuts through his work like the finest carving knife. His artistic spirit is connected to the great visual artists of the 20th century, some of which he studies and gains inspiration from. Bolaji is an artist born of Nigerian parents in the London suburb of Perival, Ealing. As a youth, one of his first loves in the arts was acting. At the age of 14 he made his West End debut with the National Youth Music Theatre (NYMT), a theatre group that nourished the talents of actors such as Idris Elba and David Oyelowo.

Bolaji took part in their 1997 production of Bugsy Malone at the Queenâ&#x20AC;&#x2122;s Theatre. In the NYMT he had the opportunity of travelling, through the vehicle of performing arts, putting on shows with his peers in Edinburgh, Tokyo and prestigious theatres in London such as Palace Theatre and Lyceum Theatre. Although his experiences in plays and productions were growing, Bolaji would continue to turn to drawing throughout his journey as a youth. 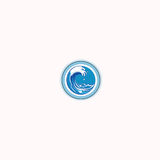