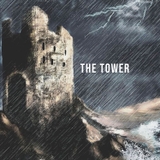 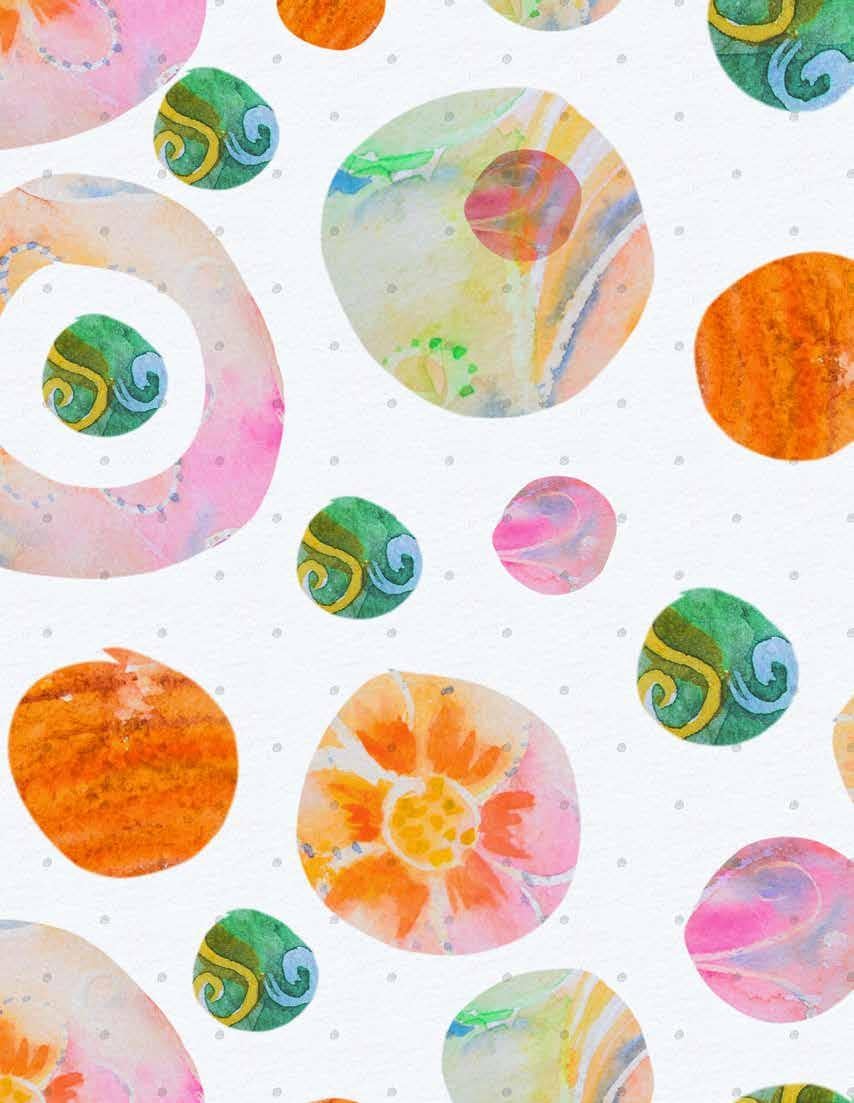 Butterfly Solipsism Since Ever...

Joey Button didn’t know how long he’d been peddling his bike when he saw it, but whenever he’d recall the moment, he’d remember that his legs were tired, so it’d probably been a while. It didn’t matter, though. What mattered was what was in front of him.

It was the size of three men: two standing next to each other and another standing on their shoulders. In other words, it was wide and tall. It had fur, which was a purplish gray. Too gray to be called purple, too purple to be called gray. It had big blue eyes, tremendous yellow teeth, and—this is very important—it was smiling. Though Joey Button could imagine such a thing being seen as ferocious or intimidating, he himself was not in the least bit scared. Because it smiled, and it waved, and then it ran away.

Joey Button—who was 8 and was not really named Joey Button, his name was Joseph Williams, but his mother called him Joey Button—stopped peddling his bike. He kept himself on its seat but lowered his feet to the pavement and stood. His legs felt like rubber, but that was the least of his worries. What had just walked past him, so calm, so friendly, waving like it wasn’t a monster, or a beast? If it hadn’t been standing right there in the fur, Joey Button was certain he would have thought it was a made up thing.

After a long time had passed—cars drove by, a woman dawdled past pushing a stroller, a dog ran by and a few seconds later, a man ran by calling, “Bowser! Bowser! Come get a treat! Stop running!”—Joey Button decided that he should go home. His mouth was dry and he wasn’t sure what had happened but he was sure that standing there with his bike between his legs wasn’t clarifying anything.

On the ride home, he chastised himself. Why hadn’t he chased it? He had a bike, for Pete’s sake. He could have gone fast enough to follow the thing. Where was it going? The forest, he imagined, but then where? Did it live in a colony of other Big Things? Did it have a Big Thing wife, and little Big Thing children?

At dinner, Joey Button distractedly ate his dinner. His parents exchanged looks. “Are you feeling okay, Joey?” his dad asked. He nodded, but then he took a bite of spaghetti and dropped it all over his striped shirt. The one with the white and yellow stripes, a distinction to be made because all of Joey Button’s shirts were striped. His mother said he liked striped shirts, but really that’s just what was in his drawer.

“Joey Button!” his mother said, with a unique blend of admiration and admonition. “You’re ruining your favorite shirt.”

Joey Button looked up from his plate and, smiling a thin, shallow smile that looked more mature than an 8-year-old would commonly muster, said, “Mom, Dad, I have to tell you something.” His parents exchanged another look—this one a look—and blinked at him. “I saw a monster today,” said Joey Button to his parents. He described what he had seen in detail. The purplish gray fur, the height of two men, the width of two men, the tremendous teeth and the smile, not ferocity. His parents, who were intelligent people but not exactly artists, laughed a little, like the way adults laugh when another adult says something they mean to be funny but it really isn’t that funny. And then his mother said, “Finish your spaghetti, sweetheart.”

Joey Button, unlike his parents, was an artist, and so he quickly went to his room and drew the Big Thing in great detail. He hung it on his wall. When his parents saw it a few days later, they shook their heads and laughed, like, “Oh, Joey Button. What a character.”

1,569 was the number of bike rides Joey Button would estimate he took to find the Big Thing. He always tried to replicate the same circumstances. He’d ride till his legs started to feel rubbery and then

he’d go to the spot where the bike path crossed the park and he’d look in every direction to see if he might see any gray, or purple, or purplish gray. Sometimes, his friend Clay would come with him. He’d told Clay about the Big Thing shortly after he’d seen it. He never knew if Clay believed him, but if nothing else, Clay was a good sport, and he played along just fine.

It took about three years to take that many bike rides. Sometimes it was two in one day. Then one day, he didn’t take one.

This wasn’t the result of a decision he made. He just slowed down, or got distracted. He really didn’t know what happened; he wasn’t thinking about it, which is the point. Then over time, the time between the bike rides grew, and then he stopped looking in every direction for the Big Thing. And then one day he didn’t think about the Big Thing. And then another day, he forgot about it. But the thing about forgetting something is you don’t know when it happens, because you don’t remember the thing ever existed. So the details around this part are very fuzzy. But at some point, the Big Thing went from being an obsession to being a memory to being nothing.

Then a great number of things happened to Joey Button. He had his first kiss. He finished middle school, then high school, then he went to college and got a degree in art. He got a job drawing pictures of nature for textbooks. It was what his father called "a good, stable job,” and he kept it for his entire career. He had his first love, his first marriage. He and his wife moved to the city to be closer to his office, and then they got divorced. He stopped being called Joey Button, because his mother died. As Joseph Williams, he found a new wife. Her name was San. He took care of his father until he died, and then he and San moved out of the city and back into his parents’ house. Then he retired from textbooks and San got him a drawing table and set it up by a window in the attic.

“Draw what your heart sees,” she said. This was an admirably poetic assignment, but Joseph Williams was tired, and he would’ve preferred if she’d just told him what to draw. He sat and stared out the window and saw nothing but trees. Trees. How many trees had he drawn over his career? After not very much time at all, he threw his pencil down—the beautiful one that San had bought him—and grumbled as he rose to his feet. His legs felt creaky like they always did after sitting. He got downstairs and heard San fiddling about in the kitchen. In her own retirement, she’d taught herself to bake bread, and now there was bread everywhere. Not wanting her to know he wasn’t using the drawing table she’d given him, Joseph snuck outside. Not knowing what to do with himself once he was out there, he opened the garage.

It was still filled with his parents’ stuff. Stuff he’d thought maybe someday he’d want to use. An old tinseled Christmas tree collected dust in the corner. His father's tools lay lined up on the workbench. Behind some snow tires, two bikes were propped up by their kickstands.

Joseph didn’t remember the last time he rode a bike, and it wasn’t quite warm enough out to enjoy a ride, but he felt a flutter in his heart as he moved the tires aside and wrenched his dad’s old bike out of the spot it may well have been sitting in for several decades. He walked it to the driveway and felt his left leg wobble a bit as he threw the right one over the seat and hopped on. People like to say that riding a bike is not something one can forget, and perhaps this is true, but the first few pumps on the pedals, Joseph was sure he’d fall over. Once he hit a stride, though, he felt wind in his hair and he let out a giggle—a boyish, childish giggle—because he couldn’t believe what he was doing.

He pedaled for what felt like forever, though he wasn’t sure how long. Then suddenly, his thighs began to burn and he stopped dead in his tracks. They say you can’t forget to ride a bike because of muscle memory. The burn in his thighs reached right up and grabbed his heart and squeezed it and suddenly, quite literally like a wave crashing onto shore, Joseph Williams looked up and he saw something he hadn’t seen in 54 years.

It was the size of three men: two standing next to each other and another standing on their shoulders. In other words, it was wide and tall. It had fur, which was a purplish gray. Too gray to be called purple, too purple to be called gray. It had big blue eyes, tremendous yellow teeth, and—this is very important—it was smiling.

It didn’t wave. Instead, it winked, it put a hand over its mouth to stifle a giggle, and then it ran away.

Joseph Williams pedaled faster than he ever had in his life. He followed its direction until he reached the woods, and then he got out and ran. His heart was pumping blood so fast that his chest was heaving. He had a dry ball in the back of his throat and he couldn’t catch his breath and he felt more alive, more excited, than he perhaps ever had in his life. He ran and ran and ran and—eventually—he came out on the other side of the woods, where he saw a grocery store and began to laugh uproariously, because he couldn’t believe he’d followed a Big Thing into the woods and run far enough that he’d ended up at a grocery store of all places.

He laughed intermittently as he trudged back through the woods, this time slower and more aware of the crunching of leaves and sticks beneath his feet. When he arrived back at his bike, he shook his head a bit and thought maybe he’d just go back to being Joseph Williams again. But as his feet started pedaling, he knew. Joey Button had something to draw.

Lauren Harkawik is a fiction writer and essayist. Her work has been featured in publications including Sweet Tree Review, Turnpike Magazine, and PULP Magazine. She lives in Vermont, where she works as a rural small-town reporter. She’ll write a book about the life of local reporters, someday. Until then, she’s busy writing short stories and essays while attempting to master the arts of bread baking and mothering—equally timeless, challenging, and fulfilling pursuits.