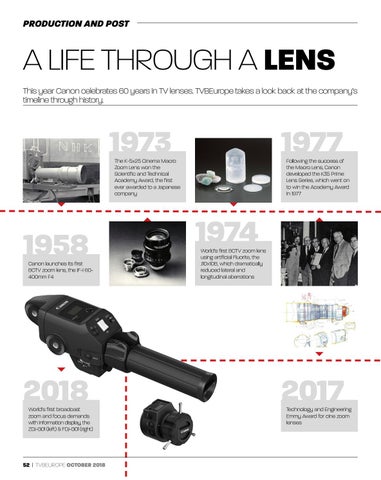 A LIFE THROUGH A LENS This year Canon celebrates 60 years in TV lenses. TVBEurope takes a look back at the company’s timeline through history.

The K-5x25 Cinema Macro Zoom Lens won the Scientific and Technical Academy Award, the first ever awarded to a Japanese company

Following the success of the Macro Lens, Canon developed the K35 Prime Lens Series, which went on to win the Academy Award in 1977