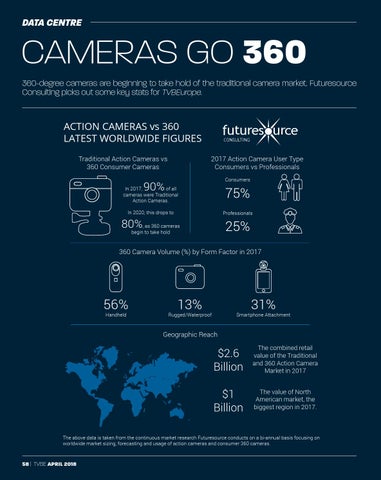 CAMERAS GO 360 360-degree cameras are beginning to take hold of the traditional camera market. Futuresource Consulting picks out some key stats for TVBEurope.

In 2017, of all cameras were Traditional Action Cameras.

The value of North American market, the biggest region in 2017.

The above data is taken from the continuous market research Futuresource conducts on a bi-annual basis focusing on worldwide market sizing, forecasting and usage of action cameras and consumer 360 cameras.