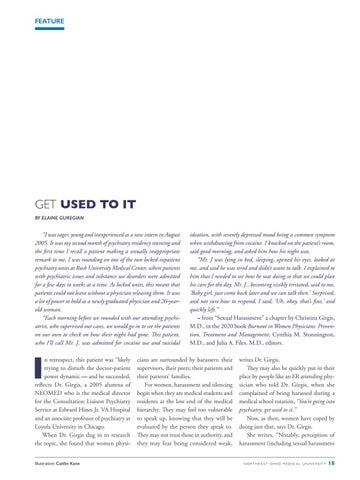 GET USED TO IT BY ELAINE GUREGIAN

“I was eager, young and inexperienced as a new intern in August 2005. It was my second month of psychiatry residency training and the first time I recall a patient making a sexually inappropriate remark to me. I was rounding on one of the two locked inpatient psychiatry units at Rush University Medical Center, where patients with psychiatric issues and substance use disorders were admitted for a few days to weeks at a time. As locked units, this meant that patients could not leave without a physician releasing them. It was a lot of power to hold as a newly graduated physician and 26-yearold woman. “Each morning before we rounded with our attending psychiatrist, who supervised our cases, we would go in to see the patients on our own to check on how their night had gone. This patient, who I’ll call Mr. J, was admitted for cocaine use and suicidal

n retrospect, this patient was “likely trying to disturb the doctor-patient power dynamic — and he succeeded, reflects Dr. Girgis, a 2005 alumna of NEOMED who is the medical director for the Consultation Liaison Psychiatry Service at Edward Hines Jr. VA Hospital and an associate professor of psychiatry at Loyola University in Chicago. When Dr. Girgis dug in to research the topic, she found that women physiIllustration: Caitlin Kane

ideation, with severely depressed mood being a common symptom when withdrawing from cocaine. I knocked on the patient’s room, said good morning, and asked him how his night was. “Mr. J was lying in bed, sleeping, opened his eyes, looked at me, and said he was tired and didn’t want to talk. I explained to him that I needed to see how he was doing so that we could plan his care for the day. Mr. J., becoming visibly irritated, said to me, ‘Baby girl, just come back later and we can talk then.’ Surprised, and not sure how to respond, I said, ‘Uh, okay, that’s fine,’ and quickly left.” – from “Sexual Harassment” a chapter by Christina Girgis, M.D., in the 2020 book Burnout in Women Physicians: Prevention, Treatment and Management, Cynthia M. Stonnington, M.D., and Julia A. Files, M.D., editors.

cians are surrounded by harassers: their supervisors, their peers; their patients and their patients’ families. For women, harassment and silencing begin when they are medical students and residents at the low end of the medical hierarchy. They may feel too vulnerable to speak up, knowing that they will be evaluated by the person they speak to. They may not trust those in authority, and they may fear being considered weak,

writes Dr. Girgis. They may also be quickly put in their place by people like an ER attending physician who told Dr. Girgis, when she complained of being harassed during a medical school rotation, “You’re going into psychiatry; get used to it.” Now, as then, women have coped by doing just that, says Dr. Girgis. She writes, “Notably, perception of harassment (including sexual harassment NORTHEAST OHIO MEDIC AL UNIVERSITY 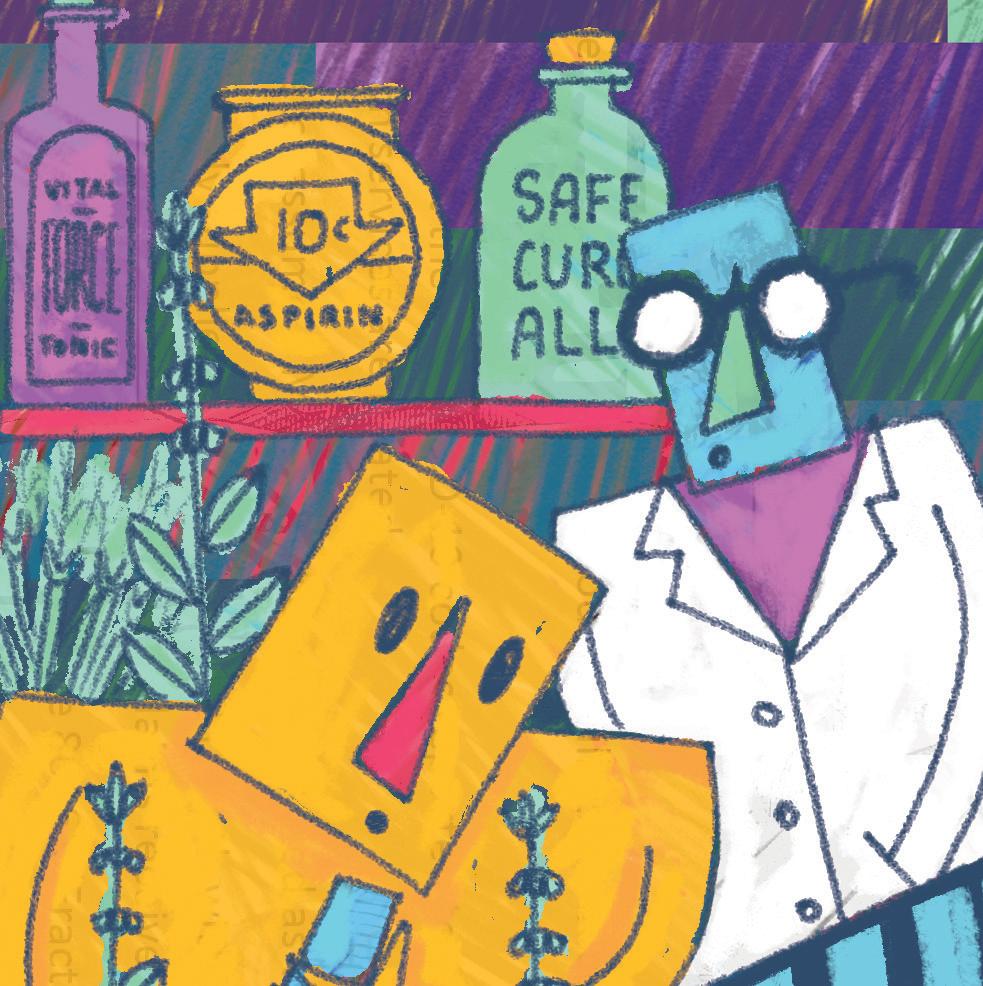 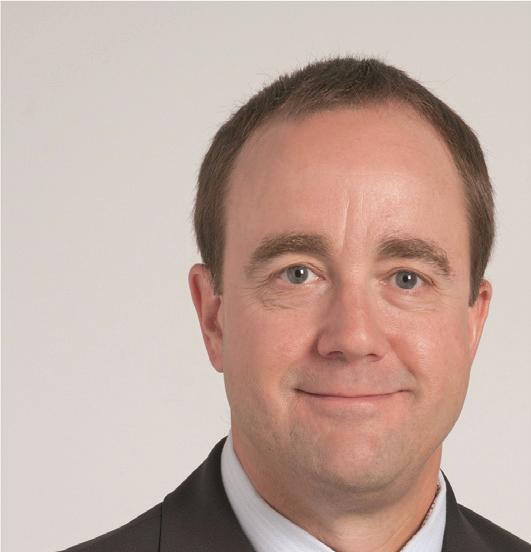