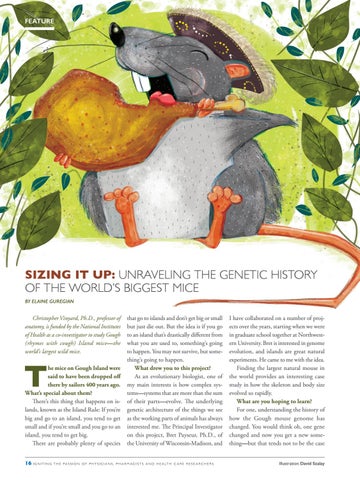 SIZING IT UP: UNRAVELING THE GENETIC HISTORY OF THE WORLD’S BIGGEST MICE BY ELAINE GUREGIAN

Christopher Vinyard, Ph.D., professor of anatomy, is funded by the National Institutes of Health as a co-investigator to study Gough (rhymes with cough) Island mice—the world’s largest wild mice.

that go to islands and don’t get big or small but just die out. But the idea is if you go to an island that’s drastically different from what you are used to, something’s going to happen. You may not survive, but something’s going to happen. What drew you to this project? As an evolutionary biologist, one of my main interests is how complex systems—systems that are more than the sum of their parts—evolve. The underlying genetic architecture of the things we see as the working parts of animals has always interested me. The Principal Investigator on this project, Bret Payseur, Ph.D., of the University of Wisconsin-Madison, and

I have collaborated on a number of projects over the years, starting when we were in graduate school together at Northwestern University. Bret is interested in genome evolution, and islands are great natural experiments. He came to me with the idea. Finding the largest natural mouse in the world provides an interesting case study in how the skeleton and body size evolved so rapidly. What are you hoping to learn? For one, understanding the history of how the Gough mouse genome has changed. You would think oh, one gene changed and now you get a new something—but that tends not to be the case Illustration: David Szalay 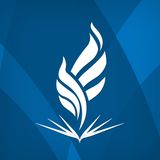