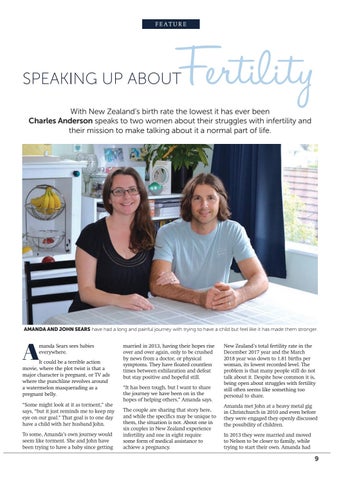 With New Zealand’s birth rate the lowest it has ever been Charles Anderson speaks to two women about their struggles with infertility and their mission to make talking about it a normal part of life.

Amanda and John Sears have had a long and painful journey with trying to have a child but feel like it has made them stronger.

It could be a terrible action movie, where the plot twist is that a major character is pregnant, or TV ads where the punchline revolves around a watermelon masquerading as a pregnant belly. “Some might look at it as torment,” she says, “but it just reminds me to keep my eye on our goal.” That goal is to one day have a child with her husband John. To some, Amanda’s own journey would seem like torment. She and John have been trying to have a baby since getting

married in 2013, having their hopes rise over and over again, only to be crushed by news from a doctor, or physical symptoms. They have floated countless times between exhilaration and defeat but stay positive and hopeful still. “It has been tough, but I want to share the journey we have been on in the hopes of helping others,” Amanda says. The couple are sharing that story here, and while the specifics may be unique to them, the situation is not. About one in six couples in New Zealand experience infertility and one in eight require some form of medical assistance to achieve a pregnancy.

New Zealand’s total fertility rate in the December 2017 year and the March 2018 year was down to 1.81 births per woman, its lowest recorded level. The problem is that many people still do not talk about it. Despite how common it is, being open about struggles with fertility still often seems like something too personal to share. Amanda met John at a heavy metal gig in Christchurch in 2010 and even before they were engaged they openly discussed the possibility of children. In 2013 they were married and moved to Nelson to be closer to family, while trying to start their own. Amanda had 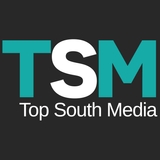