From Wall Street powerhouse to selling out Carnegie Hall five times, critically-acclaimed author and speaker Carla Harris is a Renaissance woman. She details her journey through the competitive professional environment and her experience as a new mother, sharing the importance of family in her life and delineating the way a person can steer their career through dedication and perception. NAWRB: Who has inspired you most throughout your life? How important do you believe having a mentor or supporter is to women professionals? Carla Harris: My greatest inspiration I would have to say is my mother, because she was the master multi-tasker. So I grew up with a lens that you could have it all. The fact that you could be a wife, a mother, a professional and somebody who’s involved in the community was just sort of my norm. I look back now and hear how many professional women say, “You can’t have it all,” and I cringe when I hear that because I grew up with a different experience and therefore, I have tried to live my life that way.

vance your promotion, your goals, your next opportunity. And frankly, of the two, the sponsor is more important because that’s the one that’s going to allow you to ascend. You can survive a long time in your career without a mentor, but you will not ascend without a sponsor. A mentor is very much nice to have because this is the person who can give you the real deal advice, but the sponsor is more important if you want to advance. NAWRB: Can we say on the record that you’re actually the one who originated the mentor vs. sponsor concept in 1990?

Carla Harris: Yes, I’m the one who talked about it. We can absolutely go on the record and say that. When I started talking Mentorship is important, and about sponsorship in 1990, and let me just make this distinction, the first time I used the term I have talked about this in pub- Strategize to Win: The New Way to Start Out, Step Up, was at the University of Michior Start Over in Your Career by Carla Harris lic before and in fact, I’ve been gan when I was giving a speech talking about it since 1990. A mentor is important be- for the black business school association, nobody was cause that’s the person you can tell the good, the bad talking about sponsorship. You heard people say chamand the ugly to and that person’s job is to give tailored pions, and advocates and all of this, but I introduced the advice, tailored specifically to you and to your career, concept of what a real sponsor was and just kept talking unlike a sponsor. A sponsor is a person who is carrying about it every speech I gave. It was picked up by other your paper into the room. That’s the concept I’ve been people from there. talking about since 1990. NAWRB: In times of professional doubt, when women Now you hear other people talking about it, writing recognize their hard work is not reaping the results and books about it, doing research on it and I’m actually recognition it should, what is the most important thing thrilled because they’re keeping the concept very much on which they should reflect and take action? alive. A sponsor carries your paper into the room and will use social and political capital on your behalf to ad- Carla Harris: Yes, they need to ask themselves, are they NAWRB MAGAZINE | 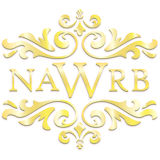