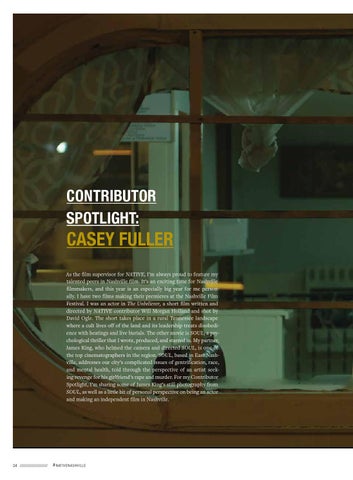 As the film supervisor for NATIVE, I’m always proud to feature my talented peers in Nashville film. It’s an exciting time for Nashville filmmakers, and this year is an especially big year for me personally. I have two films making their premieres at the Nashville Film Festival. I was an actor in The Unbeliever, a short film written and directed by NATIVE contributor Will Morgan Holland and shot by David Ogle. The short takes place in a rural Tennessee landscape where a cult lives off of the land and its leadership treats disobedience with beatings and live burials. The other movie is SOUL, a psychological thriller that I wrote, produced, and starred in. My partner, James King, who helmed the camera and directed SOUL, is one of the top cinematographers in the region. SOUL, based in East Nashville, addresses our city’s complicated issues of gentrification, race, and mental health, told through the perspective of an artist seeking revenge for his girlfriend’s rape and murder. For my Contributor Spotlight, I’m sharing some of James King’s still photography from SOUL, as well as a little bit of personal perspective on being an actor and making an independent film in Nashville. 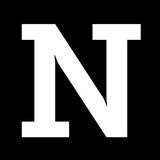