As if he is cleansing his soul, a very old man is brought back to his memories, by a story from his past, while begging forgiveness from himself and the people he has harmed. 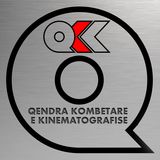