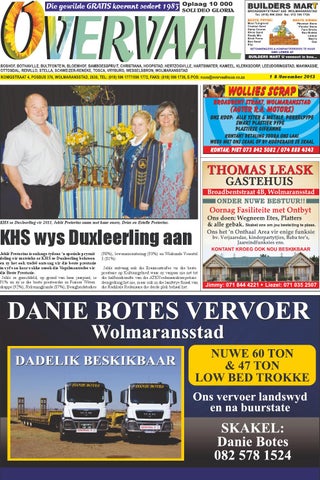 ally. With the developments and more people being recruited to this movement, technology is seen as the best way to oper ate smoothly. During the closing ceremony the Economic Development, Environment Conservation and Tourism MEC, Motlalep ula Rosho reemphasised that technology is indeed a vehicle which can assist CFI’s to expand and modernise this financial institu tions. The biggest issue that emerged during the discussions was the legislation and regula tion framework. Delegates proposed that it would be much better to have a regulatory body that will regulate Sacco’s and CFI’s

in Africa. Annet Nantumbwe from Ugan da said it would help a lot if Savings and Credit Cooperatives (SACCO) can have a regulatory body just like CFI’s in South Africa which have the Cooperative De velopment Agency (CBDA). The African Confederation of Cooperative Savings and Credit Associations (ACCOSCA) executive director Mr George Ombado said from here ACCOSCA will engage governments from different countries to have a regulatory institution. He said the theme of Technol ogy was well elaborated by the presenters. “SACCOs and CFI’s should consider using technology for proper governance and also

to enhance financial inclusion to be able to reach more members and the disadvantaged through mechanisms like mobile banking and mobile money transfers” he said. On the last day of the conference delegates were given an opportunity to visit CFI’s in the province to learn more about their move ments. The conference ended with an award ceremony for best performing CFI’s in the countr. Ditsobotla Cooperative Bank took first place and Lotlhakane were second. The first four positions were awarded with a tro phy, goodies and a monetary award. PRAS SA committed into training these two North West Province cooperatives.

MEC Rosho with members of Ditsobotla Cooperative Bank, as they receive their first prise award for best CFI in South Africa.

Motorcycle rallies are a massive boom to local economies They have a reputation as hellraising sons of anarchy who function on society’s pe riphery. They  are  a  law  unto  themselves; modern day bandits who traded the saddle of the stallion for a roaring 1000 horse power monster in chrome. Bikers.....The word alone invokes images of leather jack ets plastered with badges, of tattooed skulls and scantily clad vixens, of mayhem and mischief and marauding malevolence. We often shudder as we think of the thun derous reverberation their exhausts make as they announce their arrival in our doc ile communities, but how often do we think of their commercial worth? We should. A recent study conducted by Prof Mel ville Saayman from the NorthWest University’s research focus area Tourism Research in Economic Environs and So ciety (TREES) where they analysed the marketing and economic impact of the Africa Bike Week, which is held annually in Margate, proved that the easy riders are a lucrative and untapped market. The Africa Bike week is South Africa’s premier motorcycle event with 25 000 par

aging seven to eight) and attend on average 5.25 rallies a year. A total of 59% indicated that they planned on visiting other tourist attractions. A group spends R8 378.78 on average for about five nights. If the number of participants are taken into account, as well as the average spend ing figure per group, then the total amount generated for the community by the event accumulates to R62 722 538.70. See the picture? When the bikers come knocking, you answer. The purchase spending power of motor cycle enthusiasts are underappreciated and local authorities, as well as residents, should not scoff at the notion of hosting a biker ral ly or event. More often than not the feeling of the com munity is ‘No, we don’t want these people here’ as bikers carry stereotypical labels of drinkers and troublemakers. It’s a fallacy. The consensus among the researchers was that motorcycle enthusiasts are a sophisti cated crowd, as Margate can attest. They are loath to let go of the event as it comes with a massive marketing and expen

Prof Melville Saayman. diture component and it’s a lucrative endea vour for all involved. More towns and cities should take notice of this.

Practical law teaching is imperative It is whispered in the corridors of court houses, it is the stuff of many a water cooler conversation at law firms. It is an irrefutable fact and an undeni able truth: the kids just aren’t cutting it. A posthumous

examination of why graduated law students are not equipped with the practical skills to excel in their cho sen profession will not suffice. It will read as a coroner’s report. As it stands, only a select few

will shine whilst the private sector grows ever the wearier of the output of tertiary institutions. It is not a healthy situation, it holds dire long term con sequences and it is a disservice to stu dents whom univer

sities claim to serve. Yes, they have ample theoretical knowledge which is, as most will at test, the bedrock of any professional law practitioner, but theory without the aptitude to put that knowledge to ef fective work means little to naught for an employer. For students, hon ing their skills is a teething process, but the aim of the NorthWest Univer sity’s (NWUPuk) Faculty of Law is to give them the mo lars to clamp down from the getgo. In recent years the Faculty has shifted its focus towards

imparting students with a skillset that is a more accurate reflection of that which is needed to thrive in the private sector. One such an ex ample is the internal mock trial competi tion for second and thirdyear students. In 2013, the Fac ulty hosted its third annual instalment of the competition that is geared towards filling practical re quirement needs that are essential for any law practitioner. The format of the competition works as follows: Two groups compete against each other with one group

representing the state and one group standing for the de fence. Cases entail relevant transgres sions that regularly appear in the court such as robbery, as sault and possession of drugs. Each group is given a body of facts after which they have 24 hours to prepare. The groups are not only adjudged by their prosecution skills, but are also assessed by their ability to work to gether as a team. It goes without saying that the com petition serves as far more than to be just a showcase for students’ powers of

persuasion or their argumentative ingenuity. They are honing their skills to present a wa tertight argument whilst instilling the confi dence to do so in front of a high court judge, as was the case this year when judges Leo nie Windell and Frits van Oosten presided over the final round of the competition. It is an invaluable experience and one unique to the NWUPuk. “For too long we have passively sat and looked at what is wrong. It is time to grab the bull by the horns and start doing. It is time to walk the talk. That is precisely what we are doing here at the NorthWest Uni versity’s Faculty of Law,” explains advocate René Koraan, organiser of the mock trial competition and lecturer with an intoxicat ing fervour for getting the best out of her students. “The question is: Why would a student participate in a mock trial? It requires some sacrifice as the trials take place afterhours. The answer is that they want to, they want the exposure. They have a passion for the law and they want an opportunity to show their worth.” She attests that brows are being raised when the qualification of law students are being discussed. “Law student’s qualifica tions are being criticised, but we can, with honesty, say that we as a faculty is doing something different. We are making a con scientious effort to empower and provide them with all the practical skills that they require. We hear numerous complaints from law practices about graduated students who don’t know when to sit or to stand during a trial, how to conduct themselves or how to compile a complaint sheet. David McQuoid Mason, President of the Commonwealth Legal Education Association, said that law students must be taught lawyering skills at university before they undergo practical le gal training. We agree.” The effects were immediately visible, the output has been remarkable and the excel lence thereof sustainable. “With these mock trials we are breeding a new culture; a culture of passion for the law, a collegiality and an environment where the students are the torch bearers of this change.” Watch a mock trial at: http://www.youtube. com/watch?v=MghqsQ2dzMc

NWU recognises cool researchers POTCHEFSTROOM Hard work paid off for more than seventy North West University (NWU) staff members who were acknowledged for excellence in re search, innovation, community involve ment and creativity at a gala event in the city on Friday, 1 November 2013. Dr Theuns Eloff, vicechancellor of the NWU said the evening was about cel ebrating the fact that research is cool and that cool people excel in research. He said the award recipients were the cream of the crop in NWU research. “You are the people who embody the research culture at the University.” He said research is cool when it makes a dis tinct difference to the positioning of an in stitution in the national higher education fra ternity, when it adds to finding solutions to realworldchallengesandproblemsandwhen it provides personal development and growth opportunities to people who are passionate to contribute to the Knowledge Economy. Top honours went to Prof Abayo mi Oyekale from the Mafikeng Campus. He was announced as the Most Productive NWU Researcher. Prof Oyekale’s research can broadly be divided into three areas. These are envi ronmental studies, poverty and inequal ity analyses and health related issues. On environmental issues he had conducted studies on land use, deforestation, sustain able land management, climate change and sustainable use of energy. The Poverty and inequality studies focus on poverty decom position, inequality decomposition, income

shock assessment and propoor growth. His health related research focusses on the impact of HIV and Aids, behaviour change, HIV vulnerability, access to portable wa ter and its association with incidence of water borne diseases, impact of malaria on households, health risk assessment and willingness to pay for health insurance. “It should be emphasised that the link ages between environment, poverty and health have formed the hub of my re search using several econometric tech niques. This award is testimony to the faithfulness of God,” says Prof Oyekala. Prof Martinette Kruger from the School of Business Management on the Potchefstroom Campus is 2013’s Most Productive Junior Researcher. The Leadership in Research Award went to Prof Marius Potgieter, director of the School of Physics at the Potchefstroom Campus. The award for the Most Productive Research Entity was awarded to the Workwell Re search Unit for Economic and Management Sciences under the leadership of Prof Jaco Pienaar, also on the Potchefstroom Campus. 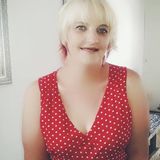