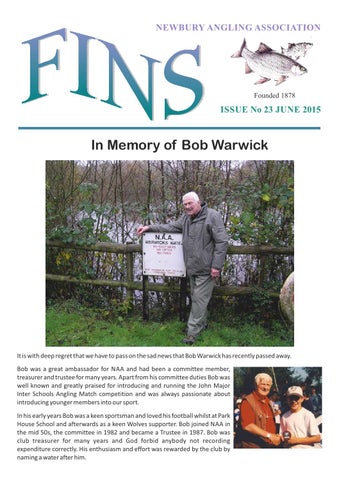 In Memory of Bob Warwick

It is with deep regret that we have to pass on the sad news that Bob Warwick has recently passed away. Bob was a great ambassador for NAA and had been a committee member, treasurer and trustee for many years. Apart from his committee duties Bob was well known and greatly praised for introducing and running the John Major Inter Schools Angling Match competition and was always passionate about introducing younger members into our sport. In his early years Bob was a keen sportsman and loved his football whilst at Park House School and afterwards as a keen Wolves supporter. Bob joined NAA in the mid 50s, the committee in 1982 and became a Trustee in 1987. Bob was club treasurer for many years and God forbid anybody not recording expenditure correctly. His enthusiasm and effort was rewarded by the club by naming a water after him.