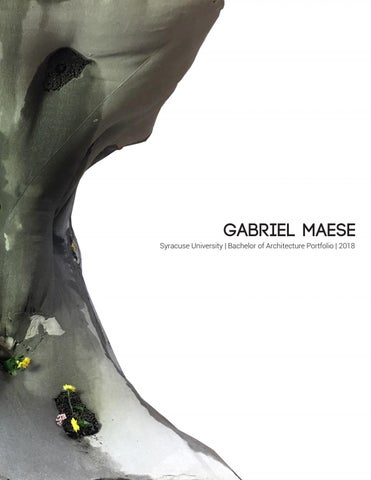 This project explores the future possibilities of full-scale architectural elements integrated with high performance concrete, contemporary design and unique fabrication to address climatic issues we face today. Due to its proximity to the Equator, Malaysia is strongly affected by droughts and constant floods. The project proposes a new type of infrastructure: an above -ground cistern for the city of Medini. The cistern pops up throughout the city; from fountains in residential neighborhoods, to infill strategies attached to buildings and floating urban parks.

Our project is inspired in the folding module from the Opera House in Taiwan. The modules vary in scale and follow a grid to create the system we attempted to make. The module is smaller on one side and repeats itself more making that area more dense, but also more porous. As the module transitions to the other side, the module becomes bigger and less dense as there are fewer modules. The idea is that the denser area with the smaller modules include porous concrete to allow for water to go through it and take it to a destination. And, as the modules get bigger, the space becomes less dense as the hollow spaces get bigger, but the concrete is not porous. The spaces that these bigger modules create can result in places where program can take place, while the smaller, but dense and porous modules filter the water through the building.

Our project is inspired in the folding module from the Opera House in Taiwan. The modules vary in scale and follow a grid to create the system we attempted to make. The module is smaller on one side and repeats itself more making that area more dense, but also more porous. As the module transitions to the other side, the module becomes bigger and less dense as there are fewer modules. The idea is that the denser area with the smaller modules include porous concrete to allow for water to go through it and take it to a destination. And, as the modules get bigger, the space becomes less dense as the hollow spaces get bigger, but the concrete is not porous. The spaces that these bigger modules create can result in places where program can take place, while the smaller, but dense and porous modules filter the water through the building.

Module Performance Twisted concrete tubes perform as a cistern; holding and pumping water up through the structure to create green spaces, pools and waterfalls. The structure becomes a cooling system to reduce the heat island effect with water continually running through the structure and keeping the spaces cooler than the hot outside temperatures. The forms are comprised of porous concrete on the inside and high strength concrete on the outside to retain water at night and slowly release it back by day to keep the space cool as wind moves through the open-air structure.

Rainfall Analysis The new city of Medini was analyzed focusing on urban density, rainfall and topographic elevation. Due to a lack of topographic information in the Medini masterplan, topographic variation was created with a direct relationship to urban density. The more populated an area is, the higher the ground becomes in elevation. This also directly relates to the size of the water towers. The water towers become taller and closer together in the denser urban areas; becoming shorter and more scattered in the residential areas.

This section of Medini shows the relationship between urban density, topographic conditions and rainfall management.

Interior and Outer wood formwork to pour Pervia in between. Drill holes and place tie rods where pattern will be applied.

Pour Pervia in the formwork. The tie rods will cause Pervia to have holes.

Place interior formwork into outer formwork. Place tie rods in the holes where the pattern will be applied.

Pour porous concrete in the formwork. The tie rods will create holes which will be used later.

Stack the two halves the twoandpervious halves like this place frames. bottom frame. Then place

After our initial ideas from the sponsored class, my partner and I were selected for a summer in design strategy at the research lab of CEMEX Global R&D. This was an amazing opportunity to w engineers in the world. We were able to build our design modules at half-scale and test how wa

ternship to develop our ideas and build mock-ups of our work alongside some of the best material scientists and ater can move through the system.

Picture Time-lapse Imagery from video illustrating water cascading and moving through the porous concrete structure. The aim was to slowly filter the water as it passes through the openings with planted vegetation.

Located on the MIT campus, the area lacks efficient transportation systems, making the area hard to access. Taking this challenge as an opportunity, the mixed-use towers were designed to promote bicycle use by creating ramps that lead to a bicycle self-rental floor. In this way â&#x20AC;&#x153;Cycleâ&#x20AC;? starts to connect the community of Kendall Square socially and physically.

The site is across from the subway station and the south facade faces the Charles River. The programs were distributed in a stacking strategy.

The mass was split in half, rotating the left side to also provide views toward downtown Boston.

The mass facing east and west was pushed south to open up the corner and bring people into a green space.

Two ramps were added around both masses for second floor access and interaction with the building. The ramps split the mass into two towers.

The form of the towers followed the plan of the ramps, focusing the design on the concept of mobility.

Each floor was rotated to open up the towers towards the south east. The rotation provides terraces and a sense of motion.

The purpose of the project is to use the existing abandoned building with an addition, dupilcating its square footage. The new building includes dormitories for students whom are members of the NHPC, a national organization that focuses on giving back to the community. The abandoned building is hollowed-out to create a community garden that serves a cafe introduced in the new mass. The new mass intersects the hollowed building creating three different types of space: the community garden in the hollow area, shared programs at the intersection, and private spaces in the new mass.

The city of Monterrey, Mexico is currently one of the most polluted cities in Latin America due to its industrial economy and unique geographic conditions. Through material systems, technology, and design to optimize natureâ&#x20AC;&#x2122;s response; a high-performance concrete megastructure appears in an exhausted quarry in the heart of the city, cleaning the air around it. The intervention creates a dual reciprocity with the natural and built environment based on geographical concepts, patterns and sensations. In this way, the project becomes a monument; a symbol of hope that promotes awareness of Monterreyâ&#x20AC;&#x2122;s pollution problem.

Section diagram of the city and site representing its geographic conditions.

Module Design The thicker modules stack at the bottom of the structure and become thinner as they go up. The thicker modules become structural and allow for inhabitable space. The thinner modules allow light to get through them to bring the most amount of light to the bottom modules. This modular system attempts to go beyond the current responsive facades, creating a space frame which is both floor and wall; interior and exterior.

Conceptual Prototype This megastructure was designed based on directional wind and sun studies to maximize the efficiency of the concrete material. The modules clean the air due to Titanium Dioxide added into the mix; working only on the surface when exposed to sunlight. Because of this, the structure was designed to be very porous to allow for maximum sunlight and surface exposure. The hollowness of the structure allows wind to move easily through it.

Folding the Module The concrete material is steel fiber reinforced, allowing the material to bend without any cracking and replacing the need for rebar. Titanium Dioxide is added to the mix making the concrete photocatalytic and cleaning the air that makes contact with the surface. The residue is made up of inert salts that have no effect on the environment and wash off with light rainfall. Reusable silicone mold

The module is folded by pushing the edges together. The module will fully cure in this form

Final abstract site model with abstract model. Pervious concrete was placed on top of the high performance concrete for texture.

The underside of the model is very smooth as the concrete picks up the texture of the material used in the formwork. Plastic was placed over the wood, giving the concrete a smooth and shiny finish.

3D print of the different types of modules stacked. The thicker modules are at the bottom to provide structure. The modules get thinner as they go up, allowing the maximum amount of sunlight to penetrate the structure.

As the wind comes from the East and the air sinks into the quarry, the north to south linear strategy for the megastructure acts as a screen, cleaning the air as it moves through it.

THE MWABWINDO SCHOOL Working on a series of diverse projects, I focused mainly on the pro-bono school project in Mwabwindo, Zambia. Different parts of the project included design iterations for brick work, design solutions for issues of roof structures and completion of the final renderings. I was given the base renders and did photoshop work, including people, shadows, trees, artwork, and other details.

Border City Working with a team of interns, our group produced initial design schemes for the â&#x20AC;&#x153;Border Cityâ&#x20AC;? project between the US and Mexico. We used the modular, hexagonal module given to us to determine the factors shown below. The focus and goals of the schemes were to provide for a programmatic, organized, walkable city - while encouraging the use of public transportation.

Latin American Art Museum Miami I was personally in charge of producing the lasercutting files for the interior of the model, while another intern focused on the facade. Coordinating with this intern, we then assembled the model with the help of addittional interns.