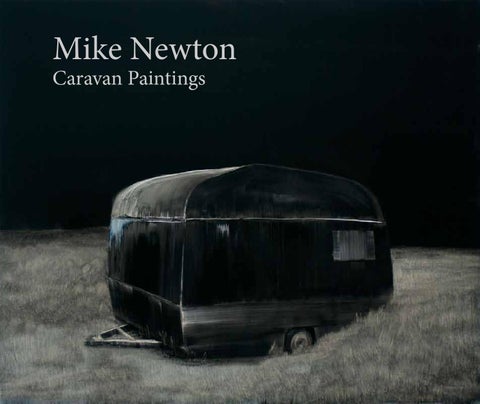 Copyright 2014 by the author (Mike Newton) who retains the sole copyright for the contributions to this book. mwnewton@hotmail.com

Caravan Paintings I. Wish You Were Here II. Dark Night of the soul III. The American Dream

Wish You Were Here Caravans can signify a number of meanings ranging from childhood memories of family holidays, through the romantic notion of travel without ties, to the underclass of society and a heightened sense of the territorial. In my paintings the caravan works on a melancholic level; although I use it as a metaphor for my personal sense of loss and to provide a bridge to transfer meaning to the viewer, it leaves room for the spectator to provide their own interpretation and register their own feelings.

Dark Night of the Soul The paintings came out of a project to paint 100 monochrome compositions of a solitary caravan in the landscape. Each composition was photographed after painting and at the end of the session wiped off. These paintings would all be the same size, on the same type of support and painted using uniform materials and techniques to reduce the variable elements. The results were collated and then evaluated to establish whether any patterns emerged and in particular what worked the best as an evocation of religious melancholy. However, I soon realised I had some very successful paintings in their own right and kept these 8 paintings as a physical record for the next phase rather than rely on photographs. From these studies I completed 4 large paintings and two further smaller works that have subsequently been exhibited with the smaller works. There is a small book showing the 100 studies that accompanied the exhibition The Dark Night of the Soul. This term coined by the 17th century Spanish mystic Saint John of the Cross, describes a point in a pious Christianâ&#x20AC;&#x2122;s life when they are unable to reconcile their relationship to God, and take painful steps to purify themselves. There is a desire for a connection with God, but also the knowledge of the impossibility of such closeness.

The American Dream In colonial times the Conestoga wagon was popular for migration southward through the Great Appalachian Valley along the Great Wagon Road. Although the wagons used in the westward expansion of the United States were, for the most part, ordinary farm wagons fitted with canvas covers. It is the image of the Conestoga with its boat shaped bed and sloping sides, its cover overhanging front and rear, swaying along that symbolises and brings to mind the winning of the West. This spirit of exploration has continued albeit for recreational purposes. Although the automobile has replaced the pair of oxen or team of horses, today’s ‘covered wagon’, the Airstream trailer is very much an icon as was the Conestoga wagon. Wally Byam, airstream’s founder, was practically born a traveller who as a teenager worked as a shepherd, living in a two-wheeled donkey cart outfitted with a kerosene cook stove, food and water, a sleeping bag and wash pail. He started designing and building trailers early in the 20thC and in 1934, he introduced the name ‘airstream’, and an American legend was born. With its monocoque, riveted aluminium body, the Airstream had more in common with the aircraft of its day than with its predecessors and like all good designs has withstood the test of time and is still in production today.

Copyright 2014 by the author (Mike Newton) who retains the sole copyright for the contributions to this book. mwnewton@hotmail.com 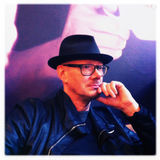 A catalogue covering 3 exhibitions of my oil paintings of caravans in the landscape.

A catalogue covering 3 exhibitions of my oil paintings of caravans in the landscape.