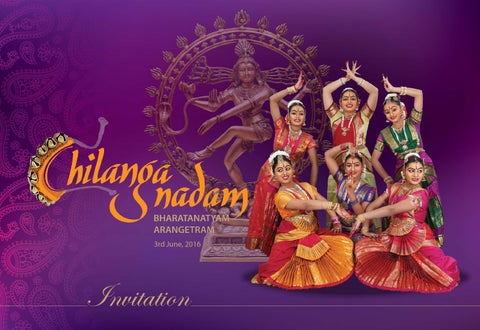 Gurukulam â&amp;#x20AC;&amp;#x201C; IIPA Indian Institute for Performing Arts (IIPA), the premium institution for imparting Classical Music &amp; Dance training, is the pioneering one of its kind in Kingdom of Bahrain. IIPA is one among the very few of this nature in the entire Gulf Region which provides classes at par with the level of University Degree/Post Graduation under the able guidance of its Principal, Shri. Ambilikuttan. The five streams of IIPA i.e.: the Carnatic &amp; Hindustani Vocals, Indian Classical Dances, Western &amp; Eastern Instruments and Drawing &amp; Painting are being headed by eminent and highly motivated faculty. The Institute is committed to propagate the real and constructive values of Music &amp; Arts for the betterment of society without any barriers.

GURU â&amp;#x20AC;&amp;#x201C; Smt. Shobha Ramachandran Smt. Shobha Ramachandran is an acclaimed Bharatanatyam dancer with 35 years of experience in classical dancing. She is accredited with post diploma in Bharatanatyam, Mohiniyattam and Kuchipudi. In Bharatanatyam she initially took training in the Kalamandalam style and subsequently achieved perfection in Kalakshetram under the guidance of the famous Guru Smt. Kalakshetram Nalini Jayanthi. She learnt Kuchipudi dance under the training of Shri. Chinna Sathyam, a famous Guru cum artist from Tamil Nadu, India and received intensive coaching from Smt. Mohana Thulasi, Ernakulam for 8 years. She worked with famous Guru Shri. Chellappan and Smt. Bhavani Chellappan at Keralanadanam. In 1975, she joined Bharathiya Nrutya Kalalayam (Ballet Group) as an artist and performed all over India. As a teacher she worked with different dance schools and produced more than hundreds of prodigies to excel in classical dance. Smt. Shobha is now heading the South Indian section of IIPA since last 6 years.

With the Grace of Almighty and Blessings of Elders

Please join us for dinner after the programme

Rachita, daughter of Anupa and Sandeep Dhummi, a XII grade student at Indian School Bahrain is a blend of hard work, intelligence and has passion towards dance. She started learning Bharatanatyam at the age of 11. Pursued her initial training under Guru Smt. Rekha Babu and presently guided by well-known Guru Smt. Shobha Ramachandran. Rachita an Indian cultural enthusiast, is keen on showcasing classical forms of art. She has participated in variety of dance competitions like Cinematic, Western and Arabic dance at the youth festival in Indian school. One of her major performance was for IIPA in â&amp;#x20AC;&amp;#x153;Lankaayanamâ&amp;#x20AC;? an extravagance dance drama, where she got lot of accolades. Arangetram is a life time event for a dancer. Just not in dance but to grow in confidence to take the stage of art and life.

Nidhi, daughter of Sheela and Kailas Wadke, is a IX grade student at the Indian School, Bahrain. She started learning dance at the tender age of 6 under the guidance of Guru Smt. Rekha Babu at IIPA for 2 years and subsequently pursuing perfection in Bharatanatyam dance under the able guidance and well talented Guru Smt. Shobha Ramachandran. During her learning years, she had the privilege of performing at various prestigious events. Her passion for dance continues to help shape and define her and she is constantly looking for new opportunities to grow and showcase Indian classical dance forms to the world. Nidhi aspires to pursue other dance forms in the near future. Nidhi is a Gavelier and young speaker at MMI Gavels Club. She is also a Bal Vikas student at SSE, Bahrain.

Anshita, daughter of Vijaya and Ashok Kumar, a IX grade student of Indian School Bahrain. She has always had a keen interest and passion for dance. We parents encouraged her to fulfil her dream. She started pursuing the divine art of Bharatanatyam at the age of nine from IIPA. She has blossomed into a fine dancer under the able guidance and blessings of Guru Smt. Shobha Ramachandran. She has performed at several functions and competitions in School level. Besides her passion to dancing and music, she enjoys reading, drawing and painting. Anshita aspires to pursue more dance forms in her upcoming life. May god bless her to fulfil all her ambitions.

Bhavya, daughter of Maya and Byju is very passionate about Bharatanatyam. It is this passion for dance and the able tutelage of Guru Smt. Shobha Ramachandran at Indian Institute of Performing Arts (IIPA) has enabled Bhavya to blossom into a beautiful and expressive dancer. Intense training, a passion for this classical Indian dance form and hours of disciplined practice under her Guru, has today accumulated in the form of this arangetram. She has been learning this art from IIPA since the age of seven. A student of class IX at the New Millennium School, Bahrain, Bhavya always had an ear for music and distinct love for dance. Her obedience, dedication and commitment have earned her opportunities to perform in several group performances. Apart from dance, she enjoys photography, listening to music and reading.

Pratishtha, daughter of Amudha and Muthu is a grade VIII student from NMS-DPS. She has a cute little brother Rohan who is in grade VI. She passionately started learning Bharatanatyam at a tender age of 6 from Guru Smt. Sowmiya for 2 years and thereafter came under the tutelage of very experienced and well talented Guru Smt. Shoba Ramachandran. By performing Bharatanatyam she feels blessed to get connected to the Cosmos and celebrates the eternal universe with the Bharatanatyam dance. Pratishtha is a mesmerizing and vivid young speaker, she is a Gavelier and president of the MMI Gavel club. A very active participant of Chinmaya missionâ&amp;#x20AC;&amp;#x2122;s Balvihar in Bahrain. Also, she learns karate (Budokan style) passionately and currently holds a Brown belt.

Sneha, daughter of Swapna Anil and Anil P Nair is a VIII grade student at Indian School Bahrain. She started learning Bharatanatyam under Guru Smt. Shobha Ramachandran at IIPA for 4 years. Through her learning years she has participated in many dance performances and competitions at Indian School Bahrain, Youth Festival and other organisations. Apart from dance, she enjoys drawing and painting. Dance is an outlet for her creativity and she wishes to learn other forms of dance as well. Please accept our respects and regards to all of you.

Our special thanks to Shri. Ambilikuttan â&amp;#x20AC;&amp;#x201C; Principal IIPA, Kingdom of Bahrain 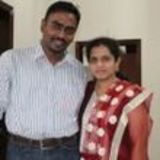