WHEN YOU ADOPT, you save a child’s life. At least, that’s the narrative we are used to – children who would otherwise live in orphanages are given the security a family offers. But it’s more complicated than that. Adoptees and experts in Denmark are increasingly coming forward to share experiences that challenge the prevailing wisdom that transnational adoption is a win-win for children and parents alike. “Taking a child, removing it from everything it knows, and placing it with a couple that doesn’t look like that child, doesn’t smell like that child, doesn’t talk like that child, is an extreme trauma,” says Yong Sun Gullach, chairwoman of the Forum for Adoption Politics (Adoptionspolitisk Forum). Beyond the psychological issues, transnational adoption is under scrutiny on a number of fronts. Adoption agencies have been accused of corruption and document forgery, and developing countries are increasingly tightening adoption regulations. As a result, the number of transnational adoptions to Denmark has dropped rapidly in recent years, from 527 in 2004 to only 124 in 2014. The old narrative, that transnational adoption benefits everyone, is under major pressure to make way for a more nuanced understanding of the complexity of transplanting a child from a foreign culture into a Danish family.

SPEAKING UP Gullach participated in the formal foundation of Adoptionspolitisk Forum in 2013 to give adoptees a critical voice and to create a space where they can collaborate to advocate for their rights. Gullach’s aim is that these initiatives will lead to change in what she perceives to be a stagnant adoption system built on a religious and colonial narrative and structure. She points out that the majority of countries that are open to transna-

It is as though through adoption, the race and the original culture of the child is negated, their past erased. YONG SUN GULLACH 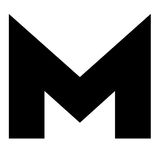