The adventures of the genius polar bear 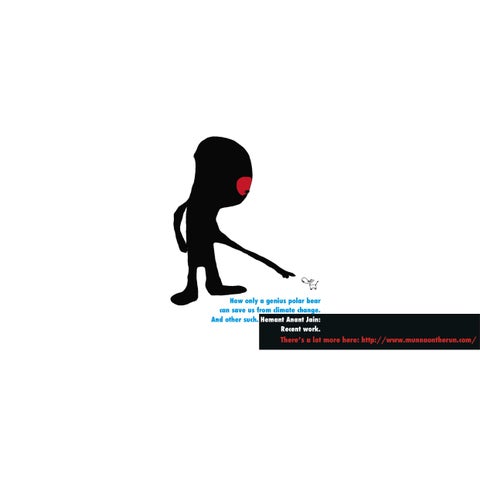 How only a genius polar bear can save us from climate change. And other such. Hemant Anant Jain: Recent work.

Illustrations for the G20 protests led by Climate Camp. Appeared in the COP 15 newspaper. Here are the details: http://www.munnaontherun.com/2009/03/nature-doesnt-do-bailouts.html

Year planner designed for Down to Earth, a Center for Science and Environment publication. The planner managed to raise a lot of interest in the magazine. Also became popular in the blogospshere. Here are the details: http://www.munnaontherun.com/2008/12/2009-year-of-individual-action.html

The adventures of the genius polar bear