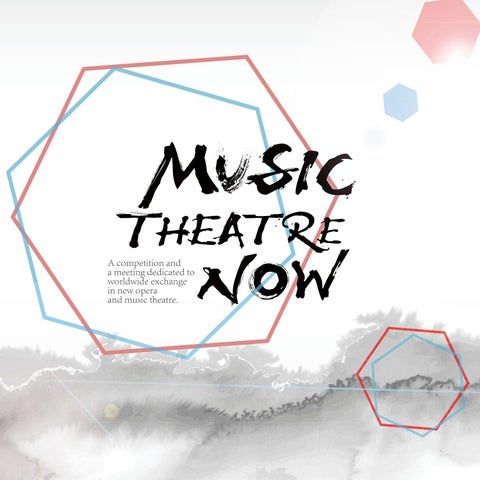 You Are My Loneliness

Shifting Ground has been has been assisted by the Australian Government through the Australia Council, its arts funding and advisory body; supported through Creative Victoria and developed through Arts House CultureLAB.

or almost five centuries, historians and specialists thought that indigenous Mexican music theatre had been completely destroyed by the Spanish conquest of Mexico. Some chroniclers reported that this rich tradition was fully absorbed by and transformed into Christian theatre pieces during the religious conquest of Mexico, which imposed European models. It was only a few decades ago when historian Miguel Leon-Portilla and even more recently anthropologist and linguist Patrick Johansson began a systematic research effort to prove that one text, entitled Xochicuicatl cuecuechtli (Ribald Flowersong), was in fact an original example of the Mexican music theatre genre “cuecuech” [ribald-sacred] from the pre-Columbian era. Mexican composer, historian and musicologist Gabriel Pareyon devoted ten years to uncovering the subtleties of this poem as a dramatic plot and composing a musical score in Nahuatl (the language of the Aztec-Mexica people) with instruments and vocal inflections native to Mexico. This is the first work in this native style since the defeat of emperor Montezuma in 1520.

The plot of Xochicuicatl cuecuechtli developed out of an erotic reinterpretation of the concept “cuecuechcuicatl” [playful ribald] and the expressive whole it embodies of song, poetry, music and dance, whereby sexuality represents a source of philosophical-existential depth. It premiered under music and stage director Jose Navarro-Noriega, who is renowned for his interdisciplinary scenic work as well as for his unique collection of native Mexican instruments. Xochicuicatl cuecuechtli is comprised of twenty-eight scenic farames, with six characters performed by five performers (who follow their own score, which includes lyrics, vocalization gestures, and dancing steps), and twenty musicians on stage playing over the course of one hour. Official program book for the MTN Meeting in Rotterdam at the Operadagen festival.

Official program book for the MTN Meeting in Rotterdam at the Operadagen festival.