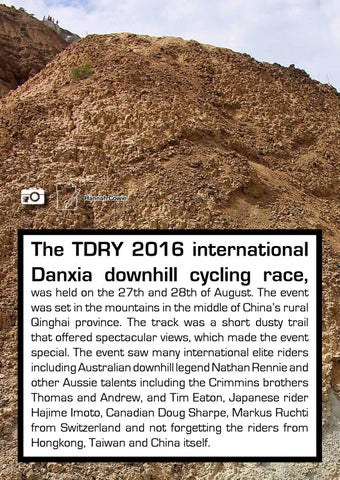 The TDRY 2016 international Danxia downhill cycling race, was held on the 27th and 28th of August. The event was set in the mountains in the middle of Chinaâ&amp;#x20AC;&amp;#x2122;s rural Qinghai province. The track was a short dusty trail that offered spectacular views, which made the event special. The event saw many international elite riders including Australian downhill legend Nathan Rennie and other Aussie talents including the Crimmins brothers Thomas and Andrew, and Tim Eaton, Japanese rider Hajime Imoto, Canadian Doug Sharpe, Markus Ruchti from Switzerland and not forgetting the riders from Hongkong, Taiwan and China itself.

Chinese Rampage - the first time there has ever been a Downhill Race in Qinghai province. Close to Xining, the area looks a bit like in Utah where they held the Redbull Rampage. So everybody started saying, this is the Chinese Rampage, and everybody knew which race it was. The biggest prize money in history was given out for a domestic rider: the winner got himself 30K Yuan, which is pretty good! Of course there were international riders there, mainly from Australia, since they built the track there, so the legend Nathan Rennie was there too! Probably not a bike for Rampage but still a bike to attack hard! We show you the all new Scott RC Scale, which Nino rides from win to win! A bit of Rampage style could be found at the last European iXS cup in Leogang! It was raining, which means, you have good conditions to beat your bike and yourself! We got this issue out a bit late, since we were in India for biking there. Next issue is coming soon with that story! 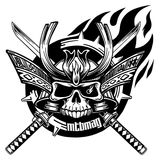