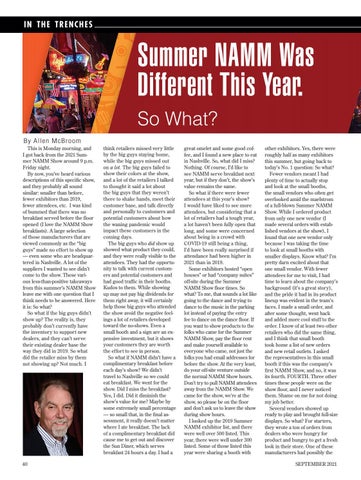 Summer NAMM Was Different This Year. So What? By Allen McBroom This is Monday morning, and I got back from the 2021 Summer NAMM Show around 9 p.m. Friday night. By now, you’ve heard various descriptions of this specific show, and they probably all sound similar: smaller than before, fewer exhibitors than 2019, fewer attendees, etc. I was kind of bummed that there was no breakfast served before the floor opened (I love the NAMM Show breakfasts). A large selection of those manufacturers that are viewed commonly as the “big guys” made no effort to show up — even some who are headquartered in Nashville. A lot of the suppliers I wanted to see didn’t come to the show. These various less-than-positive takeaways from this summer’s NAMM Show leave me with one question that I think needs to be answered. Here it is: So what? So what if the big guys didn’t show up? The reality is, they probably don’t currently have the inventory to support new dealers, and they can’t serve their existing dealer base the way they did in 2019. So what did the retailer miss by them not showing up? Not much. I

think retailers missed very little by the big guys staying home, while the big guys missed out on a lot. The big guys failed to show their colors at the show, and a lot of the retailers I talked to thought it said a lot about the big guys that they weren’t there to shake hands, meet their customer base, and talk directly and personally to customers and potential customers about how the waning pandemic would impact these customers in the coming days. The big guys who did show up showed what product they could, and they were really visible to the attendees. They had the opportunity to talk with current customers and potential customers and had good traffic in their booths. Kudos to them. While showing up may not pay big dividends for them right away, it will certainly help those big guys who attended the show avoid the negative feelings a lot of retailers developed toward the no-shows. Even a small booth and a sign are an expensive investment, but it shows your customers they are worth the effort to see in person. So what if NAMM didn’t have a complimentary breakfast before each day’s show? We didn’t travel to Nashville so we could eat breakfast. We went for the show. Did I miss the breakfast? Yes, I did. Did it diminish the show’s value for me? Maybe by some extremely small percentage — so small that, in the final assessment, it really doesn’t matter where I ate breakfast. The lack of a complimentary breakfast did cause me to get out and discover the Sun Diner, which serves breakfast 24 hours a day. I had a

great omelet and some good coffee, and I found a new place to eat in Nashville. So, what did I miss? Nothing. Of course, I’d like to see NAMM serve breakfast next year, but if they don’t, the show’s value remains the same. So what if there were fewer attendees at this year’s show? I would have liked to see more attendees, but considering that a lot of retailers had a tough year, a lot haven’t been fully open that long, and some were concerned about being in a crowd with COVID-19 still being a thing, I’d have been really surprised if attendance had been higher in 2021 than in 2019. Some exhibitors hosted “open houses” or had “company suites” off-site during the Summer NAMM Show floor times. So what? To me, that sounds a lot like going to the dance and trying to dance to the music in the parking lot instead of paying the entry fee to dance on the dance floor. If you want to show products to the folks who came for the Summer NAMM Show, pay the floor rent and make yourself available to everyone who came, not just the folks you had email addresses for before the show. At the very least, do your off-site venture outside the normal NAMM Show hours. Don’t try to pull NAMM attendees away from the NAMM Show. We came for the show, we’re at the show, so please be on the floor and don’t ask us to leave the show during show hours. I looked up the 2019 Summer NAMM exhibitor list, and there were well over 500 listed. This year, there were well under 300 listed. Some of those listed this year were sharing a booth with

other exhibitors. Yes, there were roughly half as many exhibitors this summer, but going back to today’s No. 1 question: So what? Fewer vendors meant I had plenty of time to actually stop and look at the small booths, the small vendors who often get overlooked amid the maelstrom of a full-blown Summer NAMM Show. While I ordered product from only one new vendor (I made several orders with established vendors at the show), I found that one new vendor only because I was taking the time to look at small booths with smaller displays. Know what? I’m pretty darn excited about that one small vendor. With fewer attendees for me to visit, I had time to learn about the company’s background (it’s a great story), and the pride it had in its product lineup was evident in the team’s faces. I made a small order, and after some thought, went back and added more cool stuff to the order. I know of at least two other retailers who did the same thing, and I think that small booth took home a list of new orders and new retail outlets. I asked the representatives in this small booth if this was the company’s first NAMM Show, and no, it was its fourth. FOURTH. Three other times these people were on the show floor, and I never noticed them. Shame on me for not doing my job better. Several vendors showed up ready to play and brought full-size displays. So what? For starters, they wrote a ton of orders from dealers who were hungry for product and hungry to get a fresh look in their store. One of these manufacturers had possibly the SEPTEMBER 2021 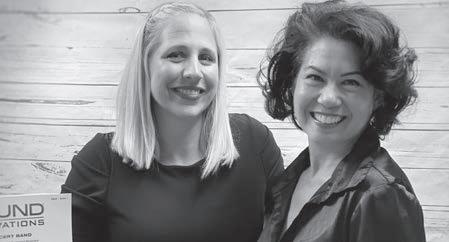 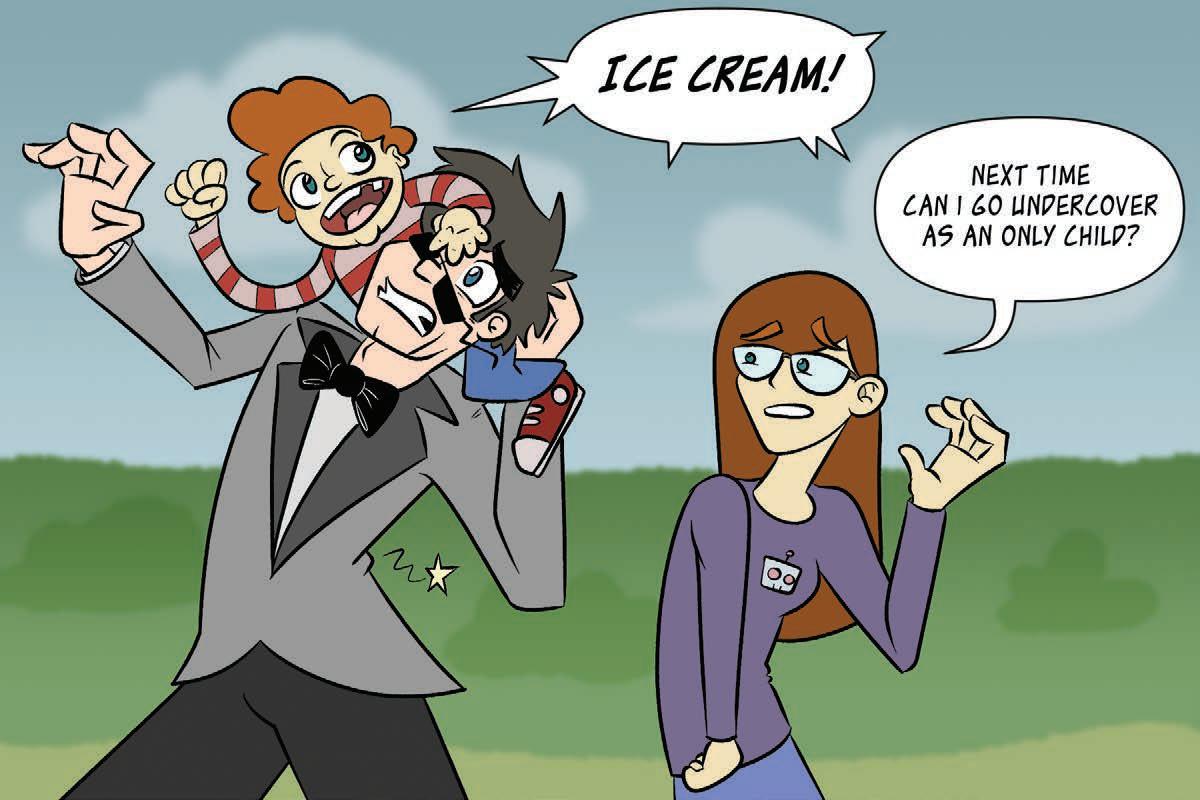 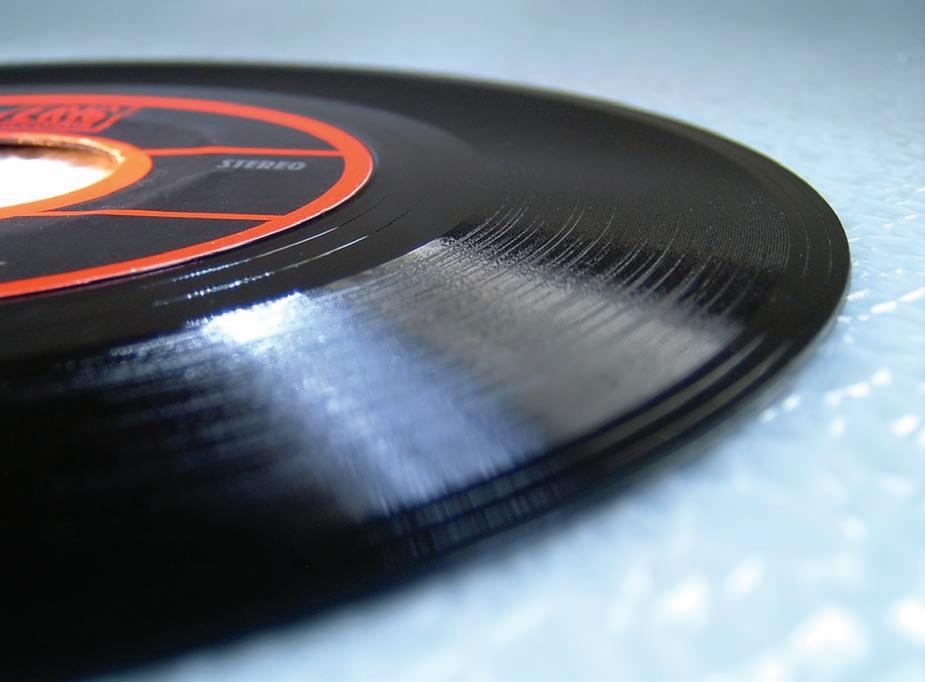 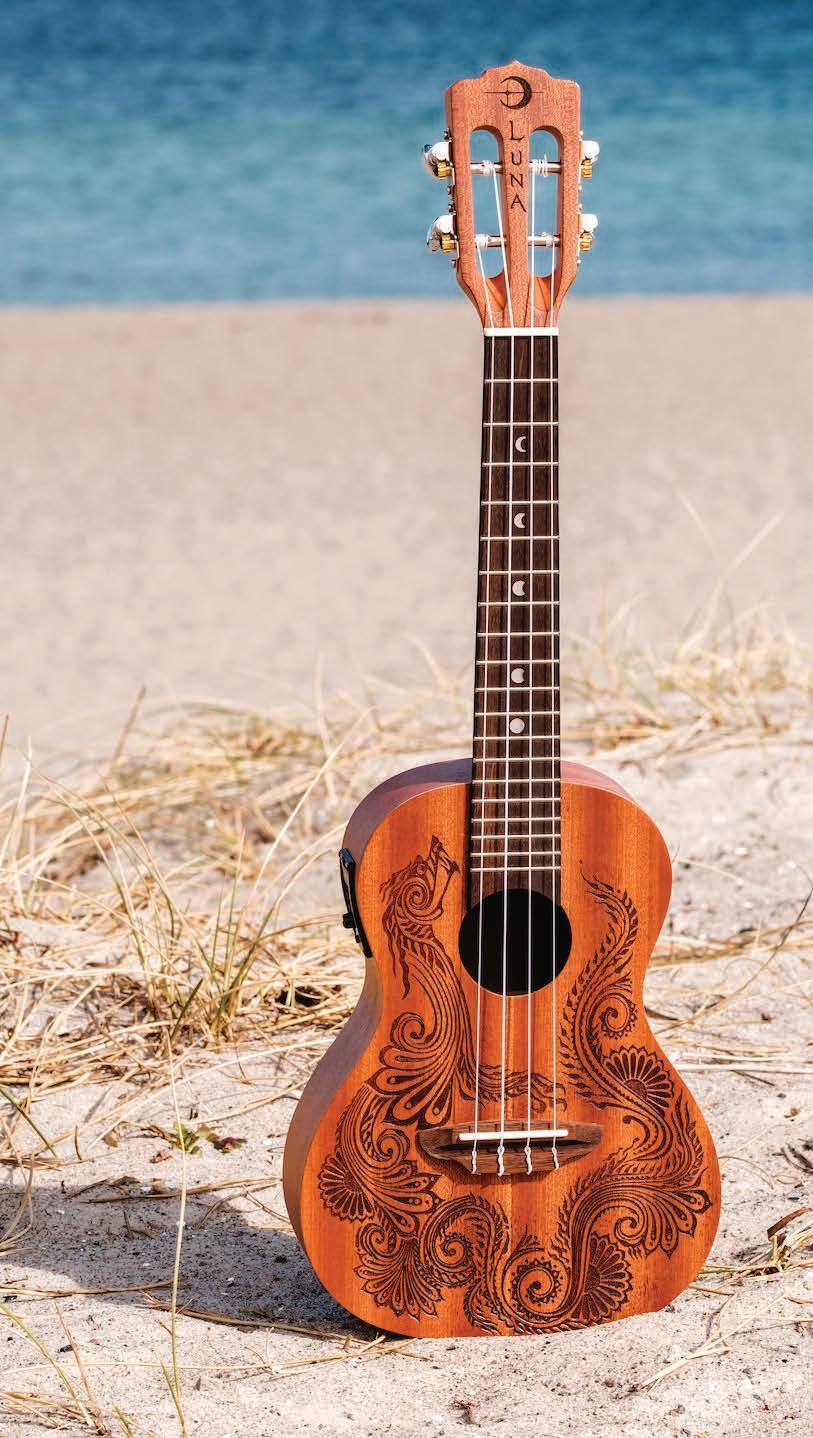 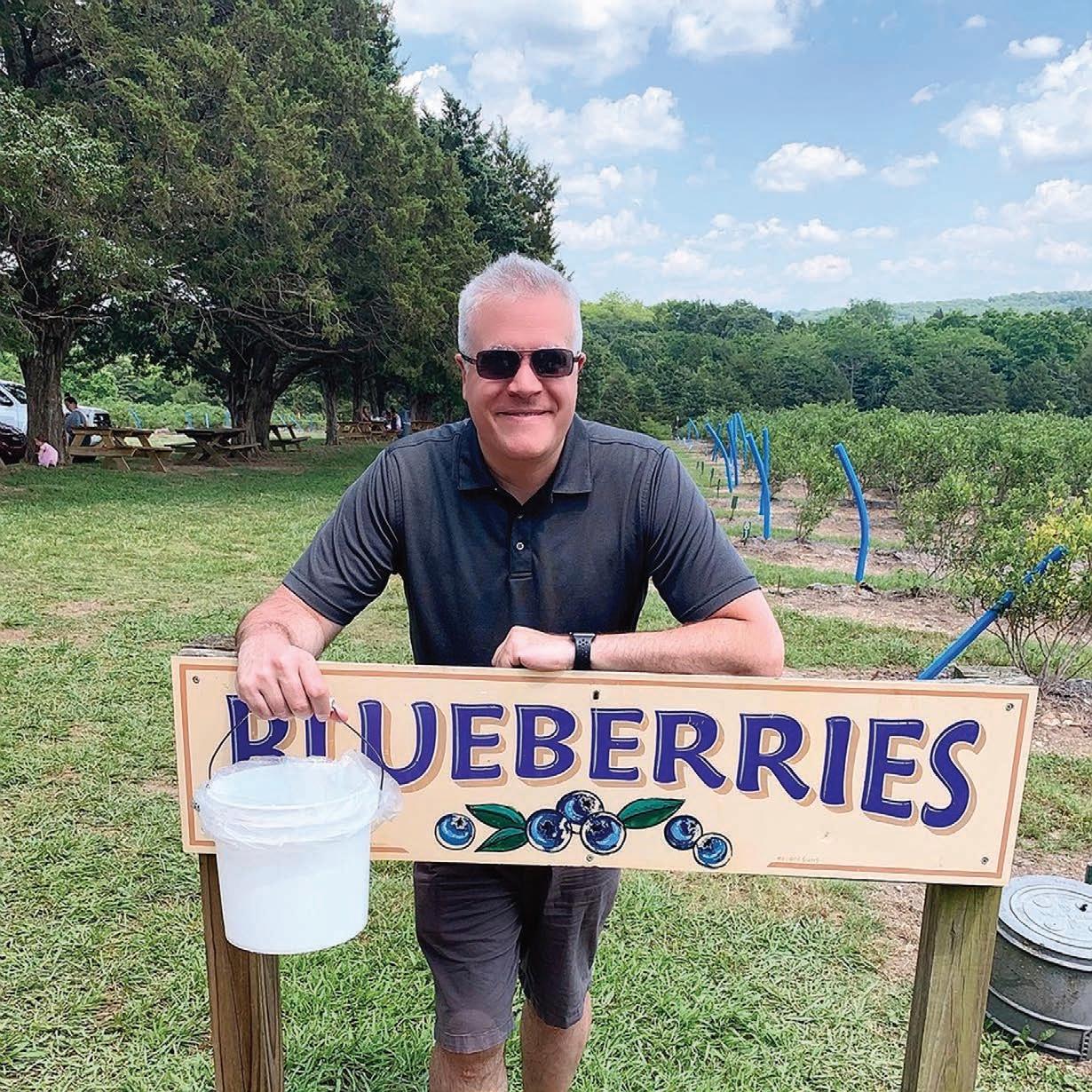