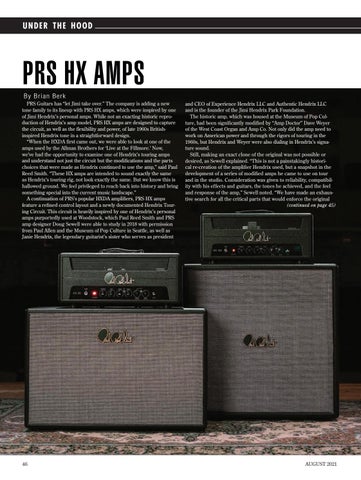 PRS Guitars has “let Jimi take over.” The company is adding a new tone family to its lineup with PRS HX amps, which were inspired by one of Jimi Hendrix’s personal amps. While not an exacting historic reproduction of Hendrix’s amp model, PRS HX amps are designed to capture the circuit, as well as the flexibility and power, of late 1960s Britishinspired Hendrix tone in a straightforward design. “When the HXDA first came out, we were able to look at one of the amps used by the Allman Brothers for ‘Live at the Fillmore.’ Now, we’ve had the opportunity to examine one of Hendrix’s touring amps and understand not just the circuit but the modifications and the parts choices that were made as Hendrix continued to use the amp,” said Paul Reed Smith. “These HX amps are intended to sound exactly the same as Hendrix’s touring rig, not look exactly the same. But we know this is hallowed ground. We feel privileged to reach back into history and bring something special into the current music landscape.” A continuation of PRS’s popular HXDA amplifiers, PRS HX amps feature a refined control layout and a newly documented Hendrix Touring Circuit. This circuit is heavily inspired by one of Hendrix’s personal amps purportedly used at Woodstock, which Paul Reed Smith and PRS amp designer Doug Sewell were able to study in 2018 with permission from Paul Allen and the Museum of Pop Culture in Seattle, as well as Janie Hendrix, the legendary guitarist’s sister who serves as president

and CEO of Experience Hendrix LLC and Authentic Hendrix LLC and is the founder of the Jimi Hendrix Park Foundation. The historic amp, which was housed at the Museum of Pop Culture, had been significantly modified by “Amp Doctor” Dave Weyer of the West Coast Organ and Amp Co. Not only did the amp need to work on American power and through the rigors of touring in the 1960s, but Hendrix and Weyer were also dialing in Hendrix’s signature sound. Still, making an exact clone of the original was not possible or desired, as Sewell explained. “This is not a painstakingly historical re-creation of the amplifier Hendrix used, but a snapshot in the development of a series of modified amps he came to use on tour and in the studio. Consideration was given to reliability, compatibility with his effects and guitars, the tones he achieved, and the feel and response of the amp,” Sewell noted. “We have made an exhaustive search for all the critical parts that would enforce the original (continued on page 45) 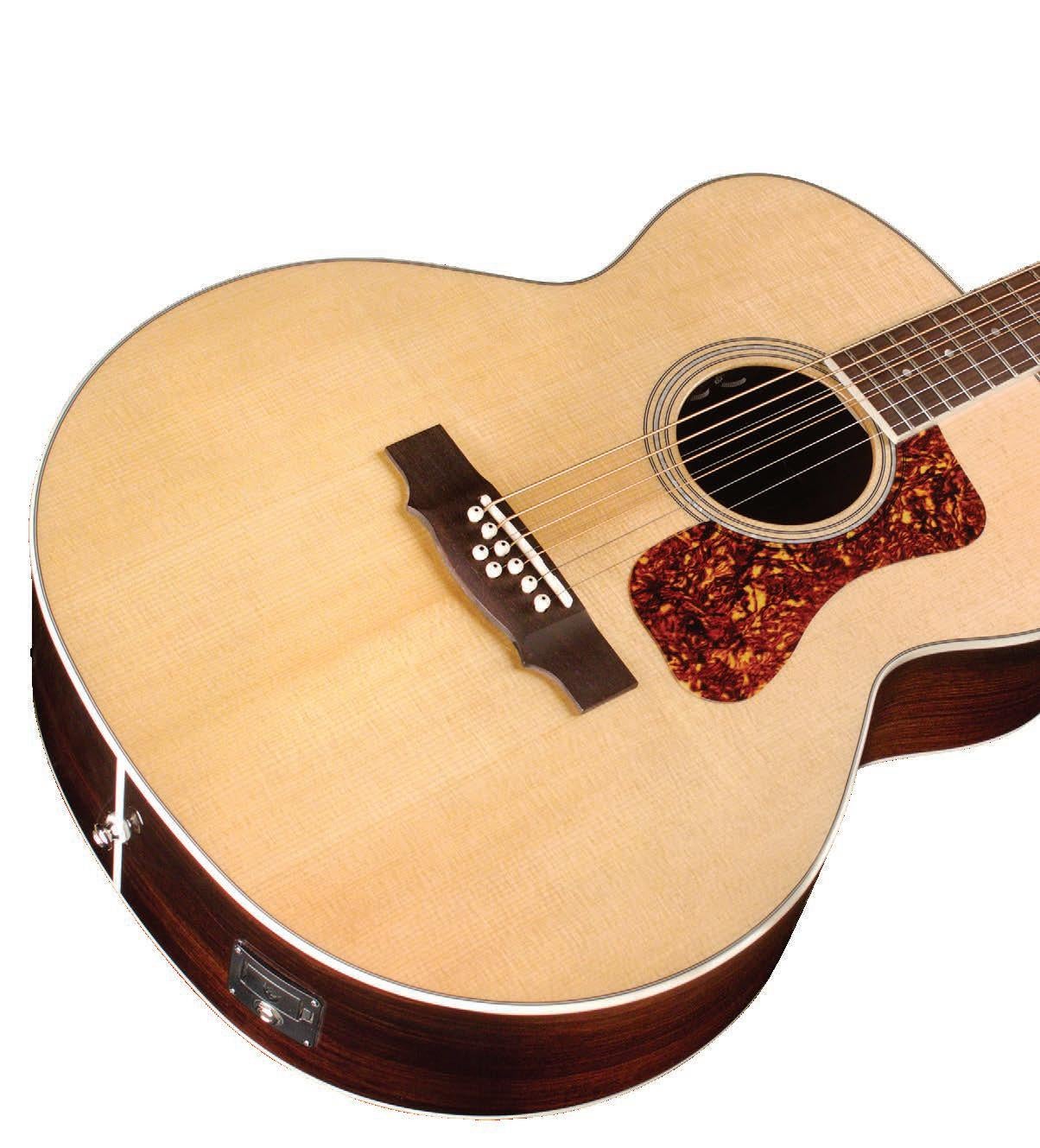 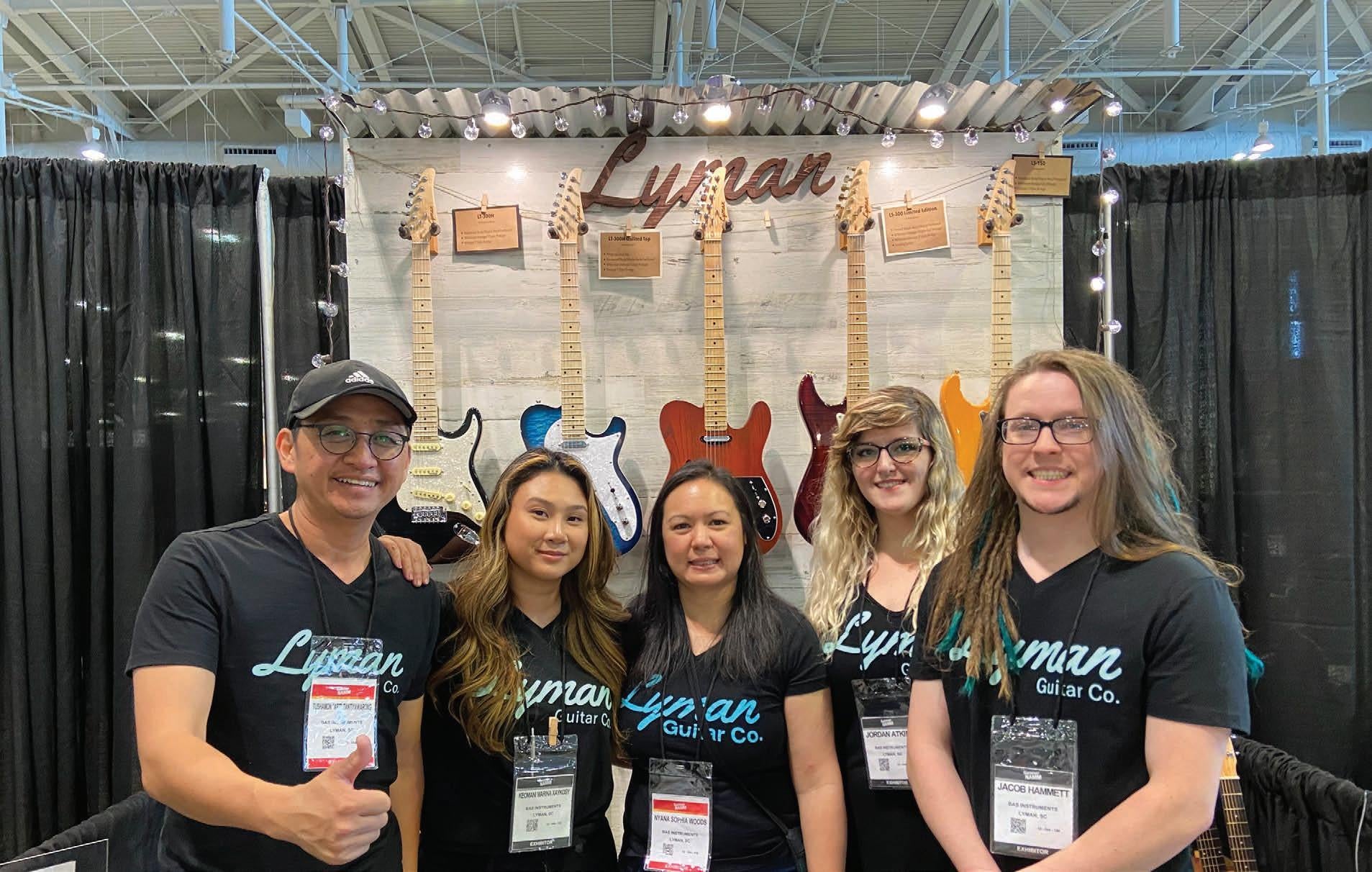 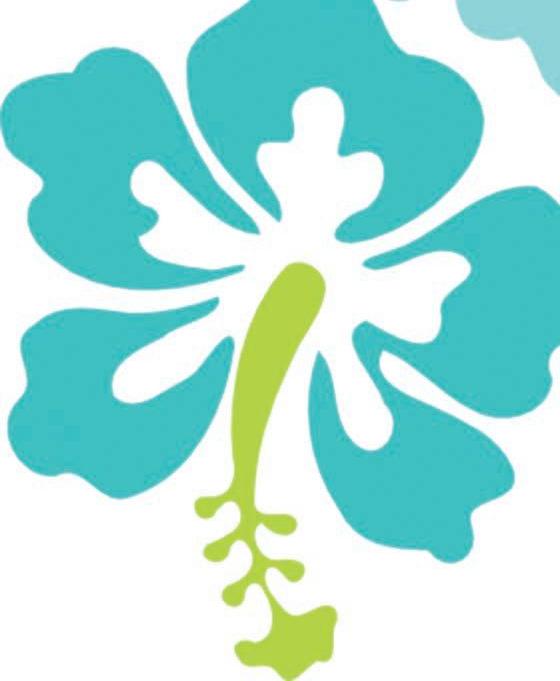 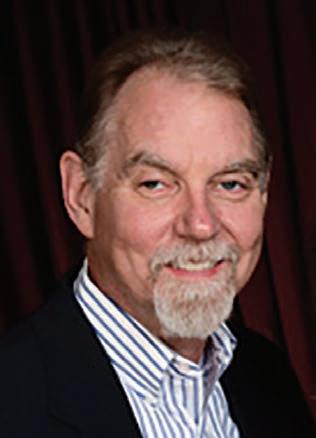 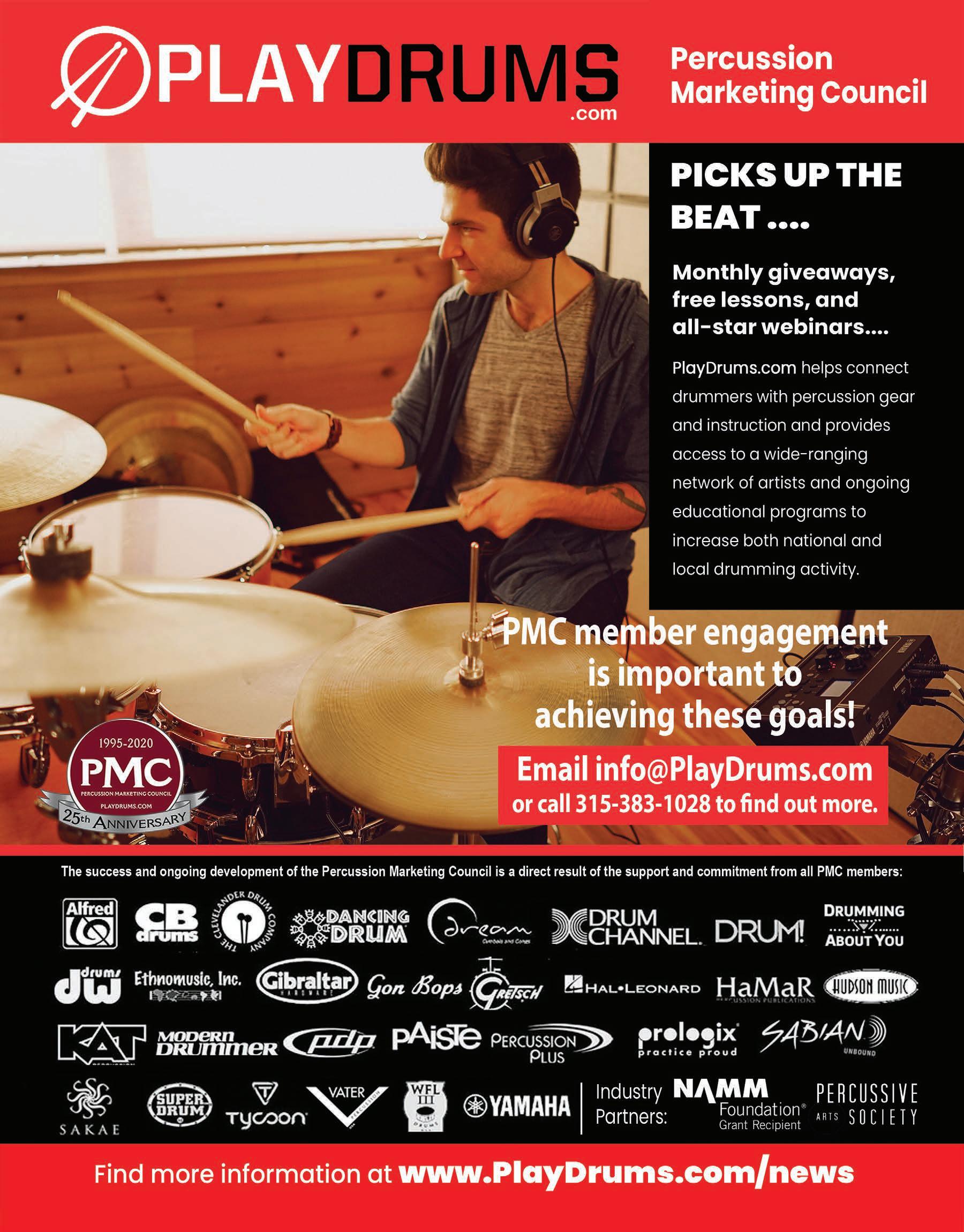 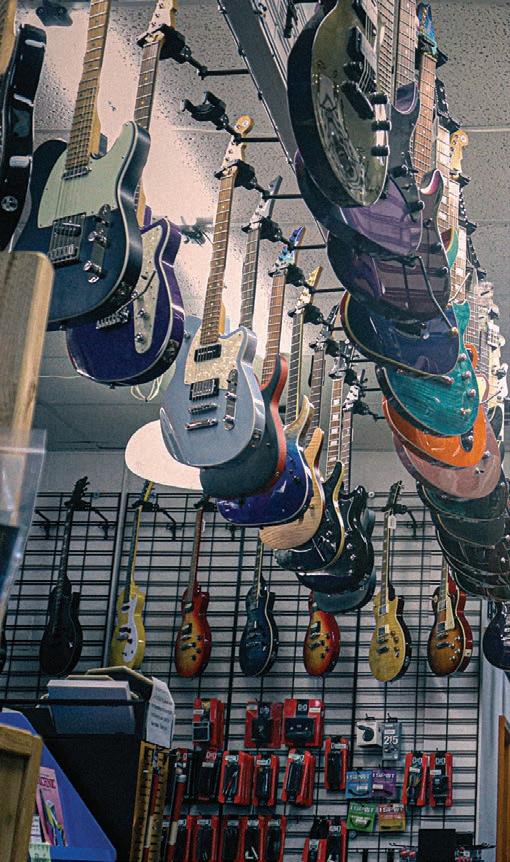 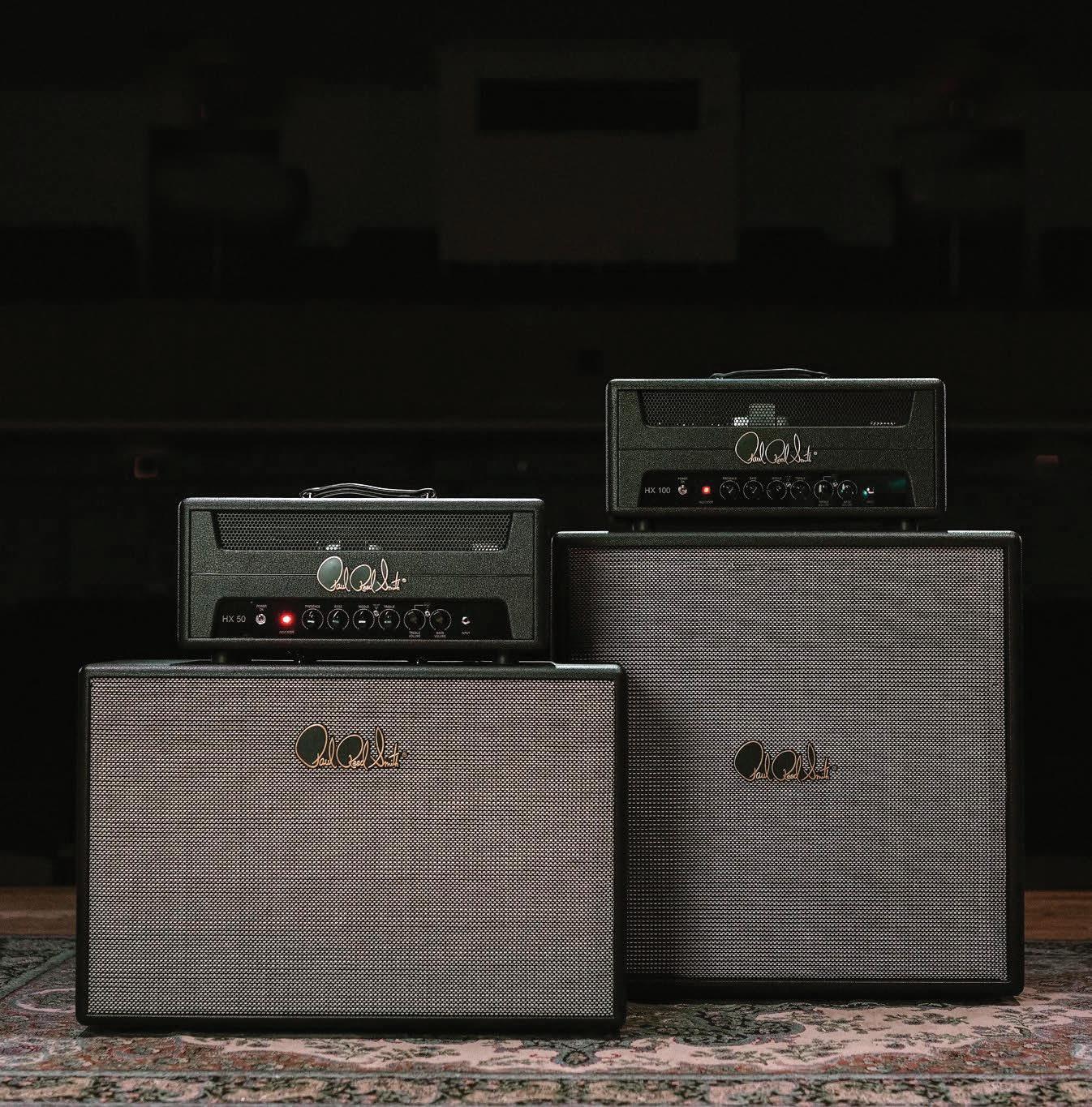