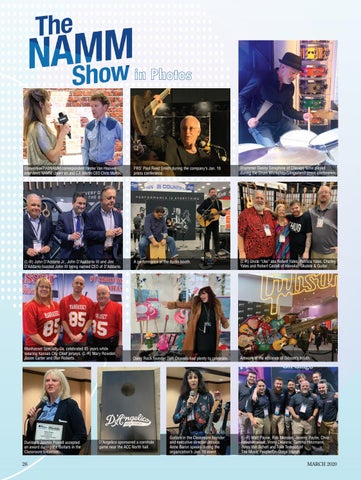 A performance at the Audix booth.

Artwork at the entrance of Gibson’s booth.

Dunlop’s Jasmin Powell accepted an award during the Guitars in the Classroom breakfast.

D’Angelico sponsored a cornhole game near the ACC North hall.