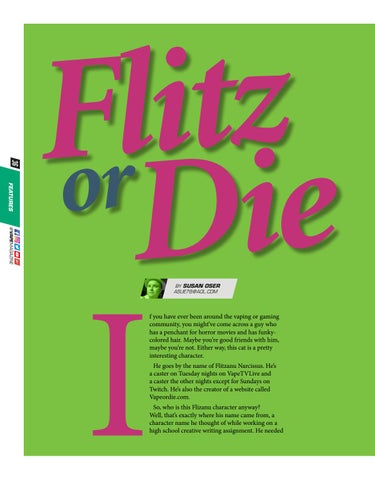 f you have ever been around the vaping or gaming community, you might’ve come across a guy who has a penchant for horror movies and has funkycolored hair. Maybe you’re good friends with him, maybe you’re not. Either way, this cat is a pretty interesting character. He goes by the name of Flitzanu Narcissus. He’s a caster on Tuesday nights on VapeTVLive and a caster the other nights except for Sundays on Twitch. He’s also the creator of a website called Vapeordie.com. So, who is this Flizanu character anyway? Well, that’s exactly where his name came from, a character name he thought of while working on a high school creative writing assignment. He needed