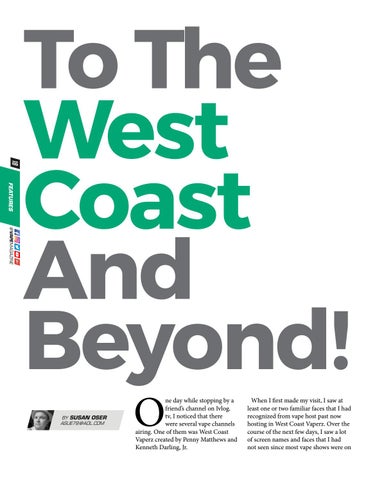 To The West Coast And Beyond! BY SUSAN OSER ASUE78@AOL.COM

ne day while stopping by a friendâ&amp;#x20AC;&amp;#x2122;s channel on Ivlog. tv, I noticed that there were several vape channels airing. One of them was West Coast Vaperz created by Penny Matthews and Kenneth Darling, Jr.

When I first made my visit, I saw at least one or two familiar faces that I had recognized from vape host past now hosting in West Coast Vaperz. Over the course of the next few days, I saw a lot of screen names and faces that I had not seen since most vape shows were on