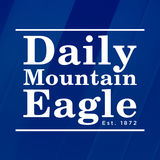 AS ONE OF THE TOP OFFICIALS IN ALABAMA, Doug Kennedy has presided over some of the most pivotal softball contests in the state, where championships are decided and the stars of the game gain recognition among the nation’s premier college programs.

Off the field, Kennedy has been waging a relentless battle of his own — against severe depression, anxiety and suicidal thoughts — the likes of which has taken him to the very edge of death’s door.

The 14-year officiating veteran was on the field doing what he loves to do in the spring of 2018 when a foul ball shot during a game at Oakman would forever change his life.

Recalling the event, Kennedy said the memory of the foul ball hitting him in the head remains strong, but the events afterward were almost unclear.

“The shot that I took from the foul ball wasn’t a hard shot, it just hit me right. I remember where I was at and even it was in the fourth inning at Oakman, but after that, I couldn’t tell you what happened for the rest of the game,” Kennedy said. “I remember driving home and the headlights from other cars hurting my eyes.”

Unknown to Kennedy at the time was the blow he had taken to the head would lead him down a path to what he refers to as his “dark place” — where he experiences severe depression and anxiety. He feels needy and depressed and when those needs are not met, anxiety attacks — a surreal state of mind akin to feeling like he’s in a nightmare — occur in great force.

Kennedy said he recognized what was happening was a cry for help; however, he didn’t know what he needed.

“I knew I needed help, but I didn’t know what I needed. Myself and the people around me didn’t know what was going on with me. I just knew I was really depressed and having anxiety attacks when I got to that dark place,” he stated. “If anyone knows me, I’ve never been a violent person — I started getting violent in some of these attacks and it scared me. That’s when

when we started looking for help.”

The continual trips to the “dark place” began to take its toll on Kennedy, culminating in a series of events in late 2019 that brought great revelation about what he was experiencing, and more importantly, its root cause.

A suicide attempt where Kennedy had slit his wrist began the trek, which saw him admitted to the UAB Behavioral Medical Unit (BMU) for 10 days. Once he was released, the medicine he was prescribed seemed to be having some effect, but once again, the depression and anxiety returned.

As thoughts of suicide once again came into Kennedy’s mind, the result was a cry for help — a streamed video over Facebook where he expressed his desire to end his life to family and friends. A call to emergency services disrupted what would have been another attempt on his own life.

When several of his friends arrived on the scene to check on his well being, the person that was brought out of the house by first responders was unrecognizable.

“I had two or three good friends there that arrived after the paramedics and police had — they said the person that was brought out of the house wasn’t me. Physically, yes, but mentally, I wasn’t there,” Kennedy said.

Kennedy was taken to Walker Baptist’s BMU. A treatment team was established to address his ongoing problems and question him about the possible causes.

“One of the team members asked if I ever had a concussion — which I told them about the occurrence with the foul ball hit to the head in 2018. They asked if anything had been done for it. I replied that I never went to the doctor for it, but I knew I had a concussion as I knew what the signs were with my training as an umpire to look for it in players,” Kennedy said. “I was nauseated, light hurt my eyes and had a headache for three or four days.”

This information led to the team scheduling an immediate MRI for Kennedy. The results came back showing a positive result for trauma to the brain from the blow taken to the head in 2018. With this new information, the aftereffects of the brain trauma had been determined

going on with me, I just knew I was really depressed and having anxiety attacks when I got to that dark place. “

to be the cause of continual and growing problems he had experienced.

Kennedy’s treatment team started him on a new medicine — anti-seizure medication — which would help correct the imbalance to the neurons in his brain following the trauma.

“The doctors said there have been positive results with boxers and football players who have had severe concussions with this medication. It takes a month to six weeks — it’s been two months and I’m doing much better,” Kennedy said. “The medicine can get toxic to you so my blood levels have to be monitored, but it’s a complete reversal to how I was two months ago.”

With his path to recovery underway and showing great progress, Kennedy has a new goal to go along with his improvement — raising awareness about concussions and the effects of blows to the head, both in and outside of sports.

“If someone takes a hit to the head and you see a behavioral change, act on it. This concussion I had kickstarted my

depression, which led to suicide attempts, crying out for help and I could have hurt not only myself but someone else. It has to be taken more seriously, especially at the high school level,” Kennedy said. “No matter if the head injury occurs from a car wreck or something as simple as hitting your head hard against the ground after a fall, have it checked out stringently.”

There is also the great joy that awaits Kennedy in the afternoons and weekends to aid in his progress — officiating the game he loves, which he will now pair with his endeavor of concussion and brain trauma awareness.

“I’m stepping back on the field and officiating — I’m not going to let it run me off. But if I get hit again, we’re going to take the proper steps,” Kennedy said. “There’s enough knowledge out there now where we can control it and stop it from happening if people would just take the proper precautions. I don’t want a single person to have to go through what I did. In my suicide attempts, I could have easily succeeded in one and wouldn’t be here today. If my message saves one person, it was worth it to me. It wasn’t worth it to my family and friends, but it is to me.” •

CHECK OUT OUR NEW INVENTORY OF FIREARMS

The Literacy Council of Walker County hosted its 10th Daddy & Me Dance at the Jasper Area Family Services Center on Thursday, February 13th. The annual event is a fundraiser for the local Literacy Council, which focuses on decreasing the illiteracy rate in Walker County by offering adult tutoring, children’s programs, and young adult activities. COMMUNITY SPOTLIGHT

Wilson Funeral Home & Crematory 31404 NE 1st Ave., Carbon Hill, AL 35549 | (205) 924-4147 In times of grief, making difficult decisions about how best to honor the memory of someone so important can be overwhelming. We are here to help with complete, professional and compassionate funeral planning services to meet your needs and respectfully celebrate the life and legacy of your loved one.

This story is from:
Walker Magazine | Spring 2020
by Daily Mountain Eagle