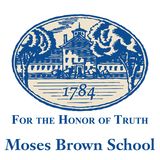 Jane Knowles has several family connections to MB including her father Lewis Knowles ’36. She joined MB the first year it went co-ed (1976) and has fond memories of being one of the three girls in eighth grade that year, a pioneer of MB co-education. Jane retains her acceptance letter from MB to this day. After Wheaton College, Jane spent several years working in advancement at Rocky Hill School and St. George’s before transitioning to work with senior citizens. She is currently the Activities & Event Coordinator at The Seasons assisted living facility in East Greenwich. Jane has enjoyed staying connected to MB since graduation, from volunteering at Annual Fund phonathons and helping organize class reunions to participating on committees and serving two stints on the MBAA Board. She presently serves as Recording Secretary and also served as Vice President in the 1990s. “Moses Brown helped shape my life,” Jane says. “I have my father to thank for instilling me with MB pride and the MB faculty for helping shape me into the person I am today.”

Gabe Amo had the course of his career set in his first week as a freshman at MB when terrorists attacked the World Trade Center and Pentagon on 9/11. He says MB’s Quaker roots in compassion profoundly affected him that day, influencing the course of his high school experience. At MB, Gabe served as Student Senate president in his senior year, before heading to Wheaton to major in Political Science, serve as student government president and receive a Truman Scholarship. Gabe also studied at the University of Oxford (England) on a Marshall Scholarship. He worked on President Obama's campaigns, then in the White House Office of Intergovernmental Affairs, and has worked on numerous political races in Rhode Island and served as Director of Public Engagement and Community Affairs for Governor Gina Raimondo. Gabe also managed national government relations for Home Depot and recently went to work for Michael Bloomberg’s presidential campaign. Gabe serves on MB’s Board of Trustees and MBAA board and has been a guest speaker in many MB classes over the years.

Where the walls so tall and stately, of our Alma Mater rise, where the elm trees’ waving fingers strive to touch the bending skies— Nature smiles with aspect sweet— Darkly braided on the greensward at our feet, Lie the shadows of the elms In the Shadow of the Elms

This story is from:
Moses Brown Cupola: Past & Present (fall/winter 2019-20 issue)
by Moses Brown School