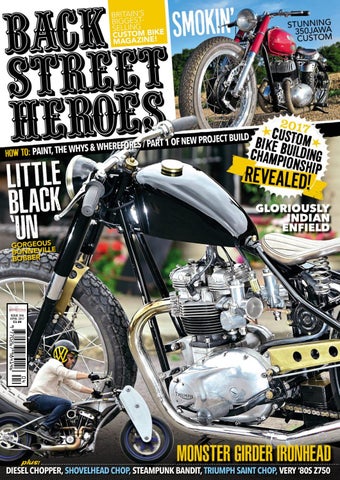 just like they used to build them in the ’80s

one of the sweetest around!

call for all personal, smalls and clubs & events listings

one man’s (slightly kinky) affair with the smokiest of fuels

steampunk sexiness from the flatlands of Lincolnshire

it’s become part of the family

TO GET L A THE DIGIT SIMPLY APP, EDITIONS FOR ‘BACK SEARCH S’ IN THE APPLE T HEROE FOR iPAD E E R ST RE APP STO OOGLE PLAY OR ON G NDROID E FOR A OOK PAG

Distribution by Marketforce UK Ltd, 5 Churchill Place, Canary Wharf, London E14 5HU. Tel: 0203 787 9001. Printed by William Gibbons and Sons, Wolverhampton. ISSN: 02679841. BSH is copyright to Mortons Media Ltd 2017 and all rights are reserved. No part of this publication may be reproduced or transmitted, in any form or by any means electronic or mechanical, including photocopying, recording, or any information storage or retrieval system without prior permission in writing from the publisher.

enquiries and back issues:

Member of the Professional Publishers Association

The publishers accept no responsibility for unsolicited manuscripts or photographs. If you send material to us for publication, you are strongly advised to make copies and to include an SAE. Original material must be submitted and will be accepted solely on the basis that the author accepts the assessment of the publisher as to its commercial value. BSH UK subscriptions £43.89, European subs £55.89, all other countries £67.89, from BSH Subs, Mortons Media Ltd, PO Box 99, Horncastle LN9 6LZ. USA subs $60 per annum from Motorsport, 31757 Honey Locust Road, Jonesburg, MO 63351-9600 and additional mailing offices. Periodicals postage is paid at Jonesburg, Missouri, USA. Postmaster: send USA address changes to BSH, Motorsport, 550 Honey Locust Road, Jonesburg, MO 63351-9600.

– the details of the 2017 competition

Having trouble finding a copy of this magazine? Why not just ask your local newsagent to reserve you a copy each month?

– part one of our new project bike build

new and happening in the custom bike world

– loads of good stuff for you to spend your hardearned on

RICK HULSE – the musings of one of the most eloquent thinkers in bikerdom!

and grooviest new things on the market! – have your say about ... well, owt really!

– four pages of your pictures and our silly captions ... yeah, sorry about that.

20SUBSCRIBE TO BSH see here for the best subscription offers

– our regular column by the MAG chairnongenderspecificperson

– our guide to the best rallies, shows, parties and runs!

So last year I days, or a sp did one of those naug hty boys’ d eed awaren rivi es also called, was quite so af ter a man s course as I believe th ng b on a very w with disco lig ey the assemb ering to see the effect h ite motorbik ’re hts on stop h led throng g carriageway ped me on e ot a very clea is words had as of what mig the side of and told me h r mental pic a t’ ve d my rate of p in u al happened no uncertai tu breaks 30 an er n terms that d 40mph lim . Even for me, who ra re regulations ambulation was contr re licence and it ly ar y to the la s put forward b ec au se (a (b ws by Her Majes it was an ey ) I’m really sick of ridin ) I need my ty’s Govern and It was an in g e -o in ambulan ment. te ce drivers of ca pener; we, as riders o who very m resting experience, fro f motorcycle s, rs, do spend nted by two uch played s and o o f u o r it one thing th ur creation guys liv good cop, b es in a kind of bub where we’ e ad cop style, on the road ble me any way bad cop bloke said re , and it’s all re the most important ally hit hom and . He asked u to thing an o ea d e, s, to come up sh sy th to o e fo ck 15 r in it o g al r ly wrong. I m 16 l w riding I’ve h ean, in my 3 to go horribly having rece ith reasons why we’d sp of us in the room, ad two peo 4 years of ntly had a se ed and, af te p le fr o st n all quite lig ep off the ssion with g t of me bu r ht-hearted. weren’t hurt t, thankfully, as I wasn pavement in Various reas ood cop, we were ’t going fast . It o re n al s were ly shoo among them th because, as my suggesti voiced, I’m sure we’ k me up when it happ ey o n ened ve reason peo ci th rc al at u l ex m th st p e er an ien ple ces, your head an everything goes into ced in these there’s little speed is because slow motion d you can se deterrent th there’s noth in e es from the po ing, absolute the accident coming, lice, and wh e days but it. As I said, ly nothing, en we’d all finished, yo n ei u bad can do abou bad about it ther of the two were h this bombsh cop hit us with t u fo el speeding an r ages afterwards – im rt, but I still felt do you thin l – “And what ag d ki in k the family lled them? e if I’d been of the person you So what am ki I tr ying to sa were speed lled while you here? Well, y in to those reaso g would say to I’m not enti be honest, ns?” re something ly sure – it ’s Now, I’m aw th ar e th at my offence my mind fo at ’s been on was commit ra te carriageway d on a dual now, probab little while where peop ly since I le don’t started lear walk, but m nin ost that whistleb g to drive (as sent because folk there’d been lower reveal they’d b last issue!); too fast in b een going the fact that ed uilt-up area fi I’ve n ally realised s where, as yo how much u know, responsibili ty people do, when you’r you have and it e behind th e wheel of a ca the ’bars of r, and behind a bike too. Mind how yo u there, okay? go out

Ace atmospheric shot stolen gratuitously from Rokker Clothing. This is Rachel on Neil Jones’ Battistinis-built custom. Neil is keeping his hands behind his back because he’s not sure of his self-control… (Dave J)

This is Vanessa and her Lexmoto Michigan 125. She says she’s only 5ft tall so it’s a great ride. You need a chop when you’ve passed your test, Vanessa!

RIGHT RI I HT: T Elsie Smith putting the stickers that came with the September issue of BSH to good use. Her dad, Colin, said: “They’re excellent wax strips – my legs are so smooth.”

BELOW: Another cool pic from Trev Dowling – I want the summer back!

ABOVE: Twin turbos at the Pied Bull on Boxing Day. (Paul Hyde)

com) are American car specialists, but they also do some of the coolest pushbikes on the planet too. This is Trizilla, their hot rod trike! APRIL 2017

IF YOU HAD THE TASTE AND REFINEMENT TO HAVE PURCHASED THE LAST ISSUE OF THIS AUGUST PUBLICATION THEN YOU’LL HAVE SEEN THAT WE ADDED, FOR YOUR DELECTATION AND DELIGHT, A FREE 32-PAGE CAFE RACER SUPPLEMENT. AREN’T WE GOOD TO YOU? APRIL 2017

IT ALL STARTED WHEN I HAD AN EX-ARMY ARMSTRONG MT350 BIKE AND PEOPLE KEPT ASKING IF IT WAS A DIESEL. I THEN DISCOVERED THE MILITARY JP8, A BIKE THAT USES A KAWASAKI 650 DIESEL AND DOES 120MPG AND 90MPH AND WONDERED WHY THESE ARE NOT AVAILABLE TO THE GENERAL PUBLIC. THAT WAS THE SPARK; I HAD TO HAVE A DIESEL BIKE.

bought a Royal Enfield Bullet and fitted a Yanmar clone 406cc diesel engine in it – it’d do 130mpg and cruise at 50mph without a head wind. I rode it for 15,000 miles, and then decided I needed more power and speed. I was offered a Ruggerini 950cc engine out of a generator cheap, because it needed rebuilding as it had a misfire, so I set to – new rings, shells, gudgeon pins, valve guides, injectors, and starter motor, and I ported it a little too. When I finally fired it up I was quite satisfied because it ran beautifully and sounded much nicer being a twin. Next I spotted a Hard Up Choppers Wormburner frame on eBay, an unfinished project with wheels, forks and brakes, in Kent. I loved the look of the frame so took a chance that I could squeeze the engine in, and

immediately set to, stripped it down and then forgot all about it. Now, I don’t know if this was because he’s getting on a bit these days (bless) or because Lakey commissioned it while he was having another bike built, and the Hairy Bush Bike Builders’ workshop is so crammed with Shovelhead chops that it’s easy to overlook one or confuse one for another but, whatever the reason, the build of this ’ere chopper wasn’t a particularly speedy one. So, bear that in mind if I get some of the timescale of the buiild wrong, won’t you?

At some point, probably near the beginning, it was decided that the bike would be reframed because the old ’70s-style frame wasn’t really conducive to the look Ben and Lakey wanted. The new one is an Ultima hardtail with a four-inch stretch and 34-degree rake, converted so that it’d take the Shovelhead gearbox/primary and so that the primary can be adjusted to set the

primary belt tension. Ben actually took the gearbox apart and welded studs on to the casing to be the same as a later Softail casing so he could mount the Shovel ’box on a slotted later Evolution-type gearbox mount, then welded on an adjustment bolt and locknut to lock it in place. Up front there’s a set of two-inch over forks in Ben’s own yokes, and the chunky front wheel is an Ultima King Spoke with a 200 tyre and a JayBrake… err, brake. The ’bars are Roland Sands, bought off eBay, and the headlight’s an LED one and is very good for dazzling rabbits. Quite why you’d want to dazzle rabbits I’m not entirely sure, but there y’go. A matching and equal-sized Ultima King APRIL 2017

AVE COULD H H IS IT R B ONLY THE STEAMPUNK. NOE INVENTEDOPLE COULD HAVG SO OTHER PE WITH SOMETHIN CATIVE COME UPINING, FUN, PROVOE ENTERTA TLESS – ONLY TH P AND POINOULD’VE COME U G BRITISH C IDEA OF DUELLIN WITH THEING BISCUITS! basic idea now, the BY DUNK o don’t k nolog y those wh at if tech 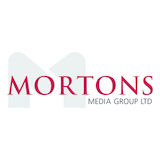