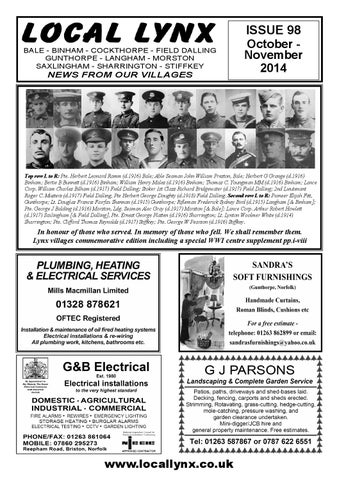 NEWS FROM OUR VILLAGES

In honour of those who served. In memory of those who fell. We shall remember them. Lynx villages commemorative edition including a special WWI centre supplement pp.i-viii