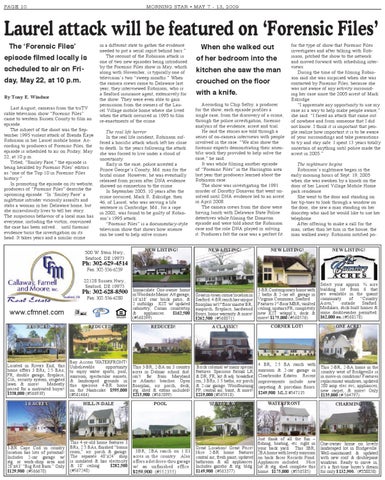 episode filmed locally is scheduled to air on Fri-

Last August, cameras from the truTV cable television show “Forensic Files” came to western Sussex County to film an episode. The subject of the shoot was the September 1995 violent attack of Brenda Kaye Robinson in her Laurel mobile home. According to producers of Forensic Files, the episode is scheduled to air on Friday, May 22, at 10 p.m. Titled, “Smiley Face,” the episode is being heralded by Forensic Files’ editors as “one of the Top 10 in Forensic Files history.” In promoting the episode on its website, producers of “Forensic Files” describe the upcoming episode: “In ‘Smiley Face’ a nighttime intruder viciously assaults and stabs a woman in her Delaware home, but she miraculously lives to tell her story. The suspicious behavior of a local man has everyone, including the victim, convinced the case has been solved… until forensic evidence turns the investigation on its head. It takes years and a similar crime

in a different state to gather the evidence needed to put a serial rapist behind bars.” The recount of the Robinson attack is one of two new episodes being introduced by the Forensic Files show in May, which along with November, is typically one of television’s two “sweep months.” When the camera crews came to Delaware last year, they interviewed Robinson, who is a Seaford insurance agent, extensively for the show. They were even able to gain permission from the owners of the Laurel Village mobile home where she lived when the attack occurred in 1995 to film re-enactments of the crime. The real life horror In the real life incident, Robinson suffered a horrific attack which left her close to death. In the years following the attack she was forced to live under a cloud of uncertainty. Early in the case, police arrested a Prince George’s County, Md. man for the brutal crime. However, he was eventually released from prison after DNA evidence showed no connection to the crime. In September 2005, 10 years after the crime occurred, Mark R. Eskridge, then 46, of Laurel, who was serving a life sentence in Cambridge, Md., for a rape in 2002, was found to be guilty of Robinson’s 1995 attack. “Forensic Files” is a documentary-style television show that shows how science can be used to help solve crimes.

When she walked out

of her bedroom into the

kitchen she saw the man crouched on the floor with a knife.

According to Chip Selby, a producer for the show, each episode profiles a single case, from the discovery of a crime, through the police investigation, forensic analysis of the evidence, arrest and trial. He said the stories are told through a series of on-camera interviews with people involved in the case. “We also show the forensic experts demonstrating their scientific work they provided to help solve the case,” he said. It was while filming another episode of “Forensic Files” in the Harrington area last year that producers learned about the Robinson case. The show was investigating the 1991 murder of Dorothy Donavan that went unsolved until DNA evidence led to an arrest in April 2008. The camera crews from the show were having lunch with Delaware State Police detectives while filming the Donavon episode and were told about the Robinson case and the role DNA played in solving it. Producers felt the case was a perfect fit

for the type of show that Forensic Files investigates and after talking with Robinson, pitched the show to the network and moved forward with scheduling interviews. During the time of the filming Robinson said she was surprised when she was contacted by Forensic Files, because she was not aware of any activity surrounding her case since the 2005 arrest of Mark Eskridge. “I appreciate any opportunity to use my case as a way to help make people aware,” she said. “I faced an attack that came out of nowhere and from someone that I did not know. I think it is important that people realize how important it is to be aware of your surroundings and take precautions to try and stay safe. I spent 13 years totally uncertain of anything until police made the arrest in 2005.” The nightmare begins Robinson’s nightmare began in the early morning hours of Sept. 19, 2005 when she was awoken by a knock on the door of her Laurel Village Mobile Home park residence. She went to the door and standing on her tip-toes to look through a window on the door, she saw a man standing on her doorstep who said he would like to use her telephone. After offering to make a call for the man, rather than let him in the house, the man walked away. Robinson notified po-

Select your approx. ¾ acre building lot from 6 that are available in the quaint community of “Country Acres,” outside Seaford. Modulars, stick-built homes &amp; some doublewides permitted. $62,000 ea. (#568178)

By Pat Murphy mEmorial riDE - Fallen officers are being remembered Saturday. Page 52 continued on page 5 continued on page 4 chambEr spotlight - The first two in a series profiling members of the Laurel Chamber of Com- merce. Page 14 ForEnsic FilEs - An estimated 90 million people will soon know the story of a vicious attack in Laurel. Page 10 FranKlY - What is Frank Calio saying that could encourage members of the GOP? Page 51 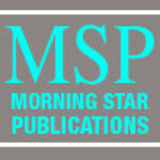