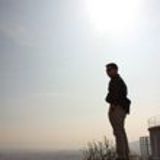 Jared Moore is currently an intern architect at Trahan Architects in Baton Rouge, Louisiana. Jared graduated from Clemson University with a Master’s in Architecture in May 2012 where he also received his BA in Architecture in 2010. During his time at Clemson Jared has been highly involved in both design studios and student government. He has served in many positions in the local AIAS chapter, and was the chapter president from 2009-2010. During the fall of 2010 he served on the graduate student senate, and also served as the director of finance for the Graduate Architecture Student Partnership. Jared is passionate about design and how people experience the essence of place within the built environment. His projects share a common focus on sustainable design and the preserving of both local and global ecologies.