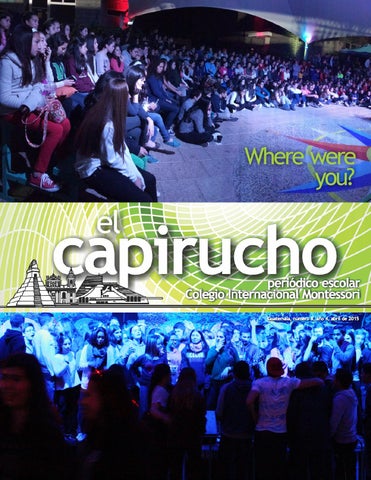 Najwa is eleven years old and has been dancing since she was three years old. She has participated in contests in Dallas and New York. She has won several awards: both silver and gold medals. This year she went to New York City and performed her first solo dance.

Maria Isabel has been practicing Karate since she was three. She then switched for five years to gymnastics and Parkour. She has won trophies and medals in karate tournaments.

&quot;I started riding mountain bikes when I was five years old. I got interested in this sport because my father always did it.&quot; Christian practices this awesome sport for four hours, twice a week. He also won third place in a competition when he was fifteen.

MarĂ­a Fernanda is a very talented squash player. She has been playing since she was nine years old. She practices a lot and enjoys it. In 2014, she participated in the US Open and the Canadian Open. In 2015, she represented Guatemala in the Juegos Sudamericanos in Ecuador.

José is eighteen years old. He has been interested in philosophy since he was sixteen. He has liked reading about this topic ever since he was little even though he didn&#39;t know what it was. He likes philosophy because it allows him to develop critical thinking skills while learning about history.

Owen is a fifteen year old student who won first place in the Collegiate Chess Tournament in 2014. He began to play chess when he was five years old. Sometimes he practices chess during recess, challenging other students. After he graduates, he plans to study industrial engineering or international relations.