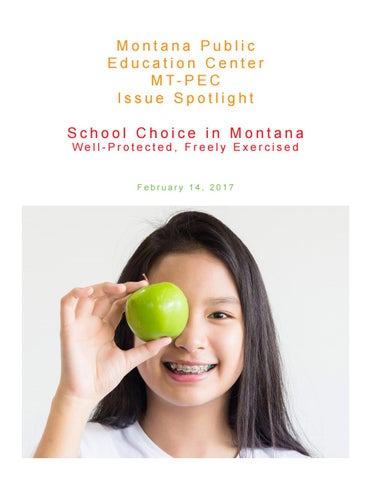 Over 90% of Montana Families choose public education for their children!

Once enrolled in the public school of choice, children and families have an abundance of additional opportunities to further customize each child’s learning. Choices include a wide variety of curriculum options for different career pathways, advanced placement courses, dual credit courses, part-time enrollment, and availability of distance learning through the Montana Digital Academy.

Montana Public and Private Schools by the Numbers*

821 public schools are operating in virtually every community in Montana, each is governed by a volunteer board, subject to popular election in each community. These schools serve as centers of innovation and excellence for 145,316 Montana children. Approximately 133 private schools are operating in Montana, and over twothirds are religiously affiliated. There are 8,434 students enrolled in non-public schools. 5,003 children educated at home. * Facts about Montana Education 2016, and 2016-17 Directory of Montana Schools, OPI

The Promise of Accountability Between Voters and Public Schools

When it comes to public schools, voters have numerous assurances that their taxes are being spent to benefit children, too numerous, in fact, to specify them all in the format of this issue spotlight. These “promises of accountability,” which are embedded in our Constitution and the laws passed by the Legislature, ensure that any school receiving public funds will:

Accept and provide a quality education to every resident child seeking enrollment while ensuring equality of educational opportunity for all;

Comply with the open meeting and public records laws and will solicit and incorporate public input into their decisions;

Be governed by locallyelected trustees who may be unelected if voters don’t like what is happening in their public schools;

Provide accredited instruction through highly-qualified staff who must be licensed and endorsed according to law;

Assess their performance using several standardized measures and widely report and otherwise make results of such assessment available to the public; and

Be nonsectarian and otherwise free from discrimination on account of sex, race, creed, religion, political beliefs or national origin.

The proposals are usually advanced with a corresponding claim of pursuing “choice” and “competition” with no sense of irony regarding the fact that 1.) Choice already exists and 2.) Competition is hardly fair when you have “loaded the deck” by imposing a myriad of rules on public schools while providing a blanket exemption from the same rules for the private schools who would benefit from such proposals.

Privatization Is Not About Choice

There are a number of different terms that are thrown around when talking about private school choice, including vouchers, tax credits, scholarship tuition tax credits, education savings accounts, directed taxes, even charter schools.

Proponents of “school privatization” (legislation to provide tax benefits for expenses at private schools) have sought to increase public and legislative support for their efforts by invoking a term “choice” that is naturally appealing. And who can blame them for trying to associate their efforts with such a positive word? The right to exercise choice in our lives is something we all want.

What matters is not the specific label that someone chooses to apply to a particular proposal, but whether that proposal complies with or seeks to avoid one or more of the “Promises of accountability” between voters and their public schools. Every proposal that seeks to strip away the rights of the public to an elected, accountable school board; or that seeks to add a new layer of bureaucracy to the oversight of schools or a new complication of our already-overly-complex tax code; or that seeks to steer resources away from our public schools and toward private alternatives; takes energy away from where it belongs. Our energy should be focused on ensuring the success of Montana’s system of public schools in reaching the people’s goal of fully developing the educational potential of each person. That’s what the voters want:

Which type of elected official do you most support?

One who supports 14.8% providing taxpayer

The primary problem with the proponents’ arguments is truth in labeling, or perhaps a “bait and switch.” It is not choice that the proponents of privatization are after, as choice is safe in existing law. What they are after are changes to the tax code to support those choices.

20-5-102 MCA provides an exemption from compulsory enrollment for a child enrolled in a non-public or home school.

20-5-109 MCA imposes minimal record keeping and education delivery obligations on private schools, including records on immunization, provision of minimum hours of instruction, location in a building that complies with health and safety regulations and provision of an organized course of instruction.

funding of private school alternatives to the public schools

This law also provides that home schools can operate by notifying the county superintendent on an annual basis. •

20-5-111 MCA reserves to the parent of a home school child all authority over the course and methods of instruction.

As the Bozeman Daily Chronicle has succinctly stated in its January 5, 2015 editorial:

“Proponents have co-opted the term “school choice” with all its benign implications and the suggestion that somehow we don’t have it right now. In fact, we are free to send our children to any school we want. In addition, Montana has very liberal home-schooling regulations, and many parents take advantage of that. What the debate is really about is reallocating public money for private education. And that’s something that will of necessity reduce the resources available to public schools, diminishing the quality of education in those schools and raising questions about equality in educational opportunities.” 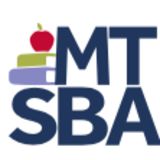