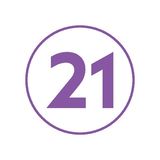 from A Sustainable and Educational Investment Opportunity
by mont21school

This is a unique opportunity to participate in an exceptional educational project in southern Spain.  The school will be:

The first Montessori school for children aged to 18 years in Spain outside of Madrid.

The first purpose-built school in Spain to provide a fully flexible learning environment fit for the 21st century.

It will provide an educational concept that specifically meets the needs of an ever increasing complex work place, society and environment in the 21st century. The concept will be scalable with the opening of schools across Europe.

We are initially seeking private equity investment of 3.5m euros for the construction and capital resourcing of the new school. The project will be completed in 3 phases, Phase 1, Early Years and Primary, Phase 2, Secondary and Phase 3, Sixth Form. This initial funding is for Phase 1.

It has long been proven that educational impact investments offer excellent financial returns over the medium to long term.

The most recent report by the Forum for Sustainable and Responsible Investment estimated that in 2018, education accounted for 3.5 billion euros in assets under management.

It has recently been reported by ISC Research that as a result of continuing demand for Englishmedium education, today’s international school market is a profitable one, currently generating 51billion USD from fee income.

The Montessori movement has been in existence for over 100 years and has continued to grow in popularity with an estimated 22,000 schools worldwide. In America and the United Kingdom, a Montessori education has traditionally been the preserve for demographic grades AB (UK NRS social grades) including the rich and famous.

Although it has been relatively slow to come to Spain, there has over the last 10 years been an insurgence of new Montessori schools opening across the country.

There are presently only a few traditional Montessori secondary schools in Europe due to the limitations of when children reach the age of 16 years. However, as the new school will follow the British National Curriculum, students will sit the world recognised International General Certification of Education and at 18 years, the Advance Level examinations to provide entry into UK and American Universities.

Whilst there are several large international schools on the Costa del Sol which follow the same British National Curriculum, this is traditionally taught without the value-added benefits of both a Montessori and progressive education.

In addition, this will be a green school where sustainability will form a core element and where the children will benefit from a natural learning environment not found in the majority of schools.

Inspiration has been taken from the acclaimed Green School in Bali, Indonesia where through the use of the natural environment, they have created an authentic sustainable school. The entire school building is constructed in Bamboo which is provided with renewable energy sources. Through their success, they are currently in the process of constructing new schools in New Zealand and South Africa.

As this school will be similarly at the forefront of sustainability in Southern Europe, it is anticipated that it will attract high levels of interest from environmentalists, educationalists, politicians and the general public. It is expected to receive considerable media exposure from around the world.

There are currently no schools in Spain which offer this unique educational concept.

It has been established since the opening of Marbella Montessori school, that there is considerable demand for this type of education, not only from the local population but also from those families internationally who move to the Costa del Sol. The school is the preferred choice for those parents from an entrepreneurial background who fully understand the need for their children to receive a 21st century education.

The new school will be located in the municipality of Estepona on the Costa del Sol, Spain. Estepona is a forward looking town in comparison to that of it’s immediate neighbour, Marbella in terms of economic and physical development. There has recently been the construction of a new athletic stadium, a theatre, hospital and many high end villa developments. The local authority is in full support of the new school.

A plot of land of 8,156 square metres has been identified on the eastern side of Estepona town. It is an attractive semi-rural, reasonably flat site with mountain views. It is situated approximately 10km west of the existing school with excellent access from the A7 coastal road.

It is owned by Estepona Town Hall and has been zoned for educational activity. It will be acquired through a concessional agreement for a term of at least 50 years.

A leading UK Architectural practice specialising in educational and sustainable buildings have been commissioned to undertake the design.

The new school will consist of a series of linked single and two-storey structures around a central courtyard with a total net floor area of 4000m2. Internal spatial configuration will be based on current progressive educational design including the use of open flexible classrooms, learning pods and social areas.

This story is from:
A Sustainable and Educational Investment Opportunity
by mont21school