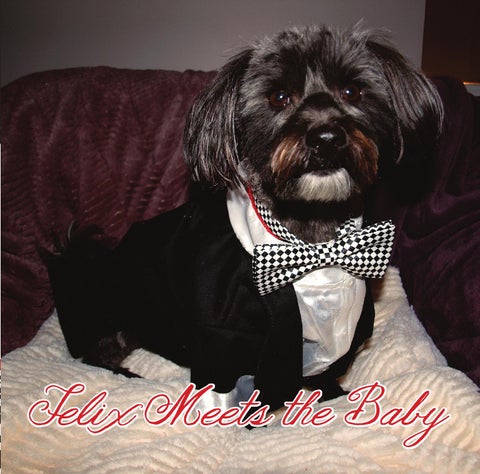 Felix is a happy lively pup. He lives with his human friend Andrea. There are lots of things to sniff and to eat and soft places to have naps.

The first time he met Andrea, he jumped into her arms and said, â&#x20AC;&#x153;Hi, my name is Felix. Where have you been? I have been waiting for you.â&#x20AC;? The special thing about his human is that she can understand everything Felix tells her! Well, they loved each other from that moment on. 4

For a while it was just Andrea and Felix living together. Then Jeremy came along. Felix loves him too and they like to play together. Jeremy calls him â&#x20AC;&#x153;dogâ&#x20AC;? and Felix likes that.

Felix loves to go to Mac’s house. Grandma Jean always meets him at the door. She says, “Hello Felix Baby” and picks him up and they have a snuggle. Then it is time to go and play.

When Grandpa Guy is there, Felix loves to sit on his chest and lick his face! Sometimes a human named Carmen comes to visit and she loves to snuggle too. She gives very good tummy scratches!

Mac is his best friend. They like to do everything together like playing, sleeping and sharing their food. Mac is like a big brother and when there are things Felix does not quite understand, he can always ask Mac. Grandma sometimes calls him Handsome Mac or Goodboy. That is a good thing because then she will go to the big cupboard and give them a treat. Mmmm- mmmm.

Sofie lives at Macâ&#x20AC;&#x2122;s house and is Felixâ&#x20AC;&#x2122;s friend too. She is his rumble, tumble, roll-around friend. They run and jump and play fight until they are so tired they need to have a nap. Grandma sometimes calls her Sofie Girl or SofieNo. When she says that, she sounds very stern. 8

One day, his human Andrea told Felix that they were going to have a baby. He did not really understand what that meant. Grandma called HIM baby. So he thought he would ask Mac because he was very wise. The next time he went to Macâ&#x20AC;&#x2122;s house they did the usual roll and tumble play time and when it was quieter, he told Mac about the baby and asked if he knew what that was. 9

Mac thought for a while and then he told him that he remembered when Felix first arrived. He was a tiny little puppy and they called him baby.

Mac said, â&#x20AC;&#x153;I did not know what to do at first because my paw was nearly as big as you. Grandma kept telling me to be gentle. Maybe that is what is going to happen. A new baby puppy is arriving. I wonder what it will look like.â&#x20AC;?

They started to dream about the new baby...

Maybe the new baby would look like a baby Felix…

Maybe the new baby would look like a baby Mac…

Maybe the new baby would look like a baby Sofie…

Maybe the new baby would look like their dog friend, a baby Libby…

Maybe the baby would look like the dogs who used to live with Grandma Jean – a baby Roxy or baby Cleo ….or the first dog, baby Panda.

Mac said that he was worried when Felix arrived because he thought that all his people friends would love Felix the most. Then he found out there was lots of love for them both.

One day when Felix was staying at Macâ&#x20AC;&#x2122;s house, Grandma Jean told him that the baby had arrived and Andrea and Jeremy would bring her home from the hospital tomorrow. Her name is Grace. Grandma Jean gave Felix a little blanket that smelled like the new baby. It smelled good but not like any of the dogs Felix had ever met!

The next day, Felix met the new baby. She was not a puppy at all! She was the tiniest human he had ever seen. Andrea let Felix smell her and give her a gentle, little lick. She smelled good and tasted good too. Felix loved everything about her and he felt his heart grow with love to include this new little human. 16

Marin is a Grade 6 student in Regina, Saskatchewan. She lives with her mom and dad and brother, Carter, her dog friend, Libby and her beautiful bunny, Bolt. Marin loves to skate and play piano. Whenever she gets the chance, she loves to draw and sketch and create fantastic works of art. When asked what inspires her, she said pictures and her imagination.

Jean lives in Regina, Saskatchewan with her husband Guy and her 2 dog friends Mac (short for Macallan) and Sofie. She is the Grandma Jean in this book and was inspired to write her first childrenâ&#x20AC;&#x2122;s book by the birth of her granddaughter, Grace. She is Great Aunt to Marin and they had a wonderful time creating the story in word and picture in honour of this lovely new spirit on this earth. 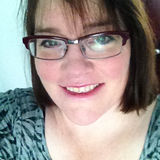