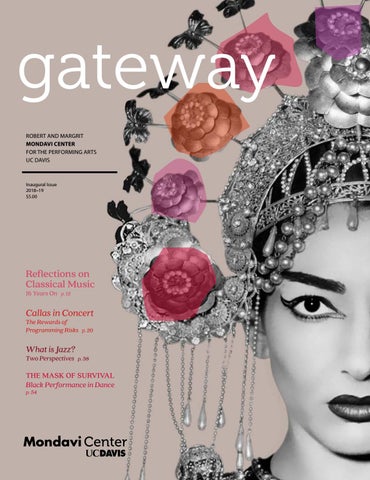 Callas in Concert The Rewards of Programming Risks p. 20

What is Jazz? Two Perspectives

THE MASK OF SURVIVAL Black Performance in Dance p. 54

Classical music is in dire need of a reboot. BY KEVIN DOHERTY

Give Beethoven a Break C

lassical music is in dire need of a reboot. It’s time to breathe new life into an increasingly stale canon.

There, I said it. Now hold on, before you cry “blasphemy,” hear me out. Just as Atlas was condemned to bear the weight of the entire world on his shoulders, so too is Beethoven burdened with the brunt of expectation to keep classical music “alive” for generations to come. What Beethoven did for music is undeniable, but many classical music aficionados have a hard time seeing past his accomplishments and the era he helped to usher in. Music has changed dramatically since the end of the Romantic period, and yet an entire century has gone by, and we are still reluctant to add new names to our list of masters. We wouldn’t dare ask a theatre to produce only the plays of Shakespeare and his contemporaries. We don’t stock the shelves of bookstores solely with the works of Mark Twain, Charles Dickens, et al. No matter how often we may turn to the classics for comfort, how many of you can honestly say that

you’ve only read books written by authors born before 1900? However, in the classical music industry, with a few exceptions, we cling to the classics. Every year Bizet’s Carmen and Beethoven’s Fifth Symphony see more than their fair share of performances. This means that every year, it is the charge of Beethoven, Bizet and their contemporaries to bring audiences to the concert hall. Don’t get me wrong, it is part of the charm of our art form that we still get to see and hear these timehonored compositions. They’re not just hanging on a wall in a museum somewhere collecting dust; they are actively recreated with each ensuing performance. Yet, as time marches on, the separation between creator and audience only grows. Orchestras rarely, if ever, play from Beethoven’s original manuscripts and often a score can undergo several editions before it reaches the musicians. No matter how close an editor can get to the intent of the composer, there is no way of truly knowing what was in the composer’s heart when he wrote the piece. Of course, a conversation with Beethoven is out of the question.

Composer Philip Glass has had an extraordinary and unprecedented impact upon the musical and intellectual life of his times. Photo by Fernando Aceves.

We wouldn’t dare ask a theatre to produce only the plays of Shakespeare and his contemporaries.

American conductor DENNIS RUSSELL DAVIES has long been an advocate of working with living composers. Davies acknowledges that while conversations with the great composers of the past are only the fodder of dreams, his experience with 20th- and 21stcentury composers has led to greater understanding of those who came before.

As time marches on, the separation between creator and audience only grows. “This relationship I’ve had with living composers,” Davies explains, “has enhanced my relationship with Beethoven, Brahms, [etc.] because of the fact that I’ve been able to work with these composers and ask them questions. It’s the same questions I’d ask the old guys.” Davies conducted the West Coast premiere of Philip Glass’ Symphony No. 11, performed by the Bruckner Orchester Linz, at the Mondavi Center in

February 2017, after which I had the opportunity to interview him. He told me that classical and modern compositions could and should work together. “You have to work really hard to develop a sound and a repertory that’s fundamentally based in the classics,” he said. “And then you bring the modern repertory into it … and it becomes a very dynamic and vivid music experience for the listener.” Pianist LARA DOWNES is a regular performer at the Mondavi Center as well as the founding artistic director for the annual Mondavi Center Young Artist Competition. This year’s competition focused on the music of Leonard Bernstein as well as other 20thand 21st-century American composers. Downes, too, is known for pairing new works alongside the classics on recordings and in performance. In a recent interview, she told me that it’s easy to forget that classical music is a living art. Downes says that there are those who feel classical music is a thing that “belongs to the past, a thing that was written by, you know, old men, many years ago who looked nothing like us and lived in such different times.”

Downes brings up an excellent point. The world is so very different than it was 200 years ago. Yesterday’s musical giants like Beethoven were incredibly active and relevant in their time. They wrote music to survive. They received commissions from patrons, sponsors, producers and conductors to write for specific orchestras or opera companies to perform. When it came to subject matter, Beethoven was often inspired by his personal struggles, political leanings and the literature of the time. Throughout his life, Beethoven was a revolutionary composer. He inspired change. In fact, he almost single-handedly ushered in a new era of music, having learned from “Classical” greats like Mozart and Haydn while inspiring an entirely new generation of “Romantic” scribes.

Classical music reached new heights in the 1800s thanks to Beethoven. So much so, that for many in the industry, the Romantic era that Beethoven started continues to be the peak of the art form. With nowhere left to turn, composers of the 20th century became increasingly experimental. Alex Ross explores the frenetic evolution of sound in the 1900s in his 2007 book, The Rest is Noise. In it he refers to Schoenberg’s revolution against tonality; Stravinsky’s earthshattering, rhythmically unstable, and apparently raucous-inducing ballet, The Rite of Spring; John Cage’s rebuking of the “European ‘vogue of profundity,’” singling out Beethoven’s need for organization and “goaloriented harmonies." Cage thought music should unfold naturally. While these ideas may seem extreme, for better or worse, they inspired a whole new way of looking at music. The world had never seen nor heard anything like it.

The world is so different. Yesterday’s musical giants like Beethoven were incredibly active and relevant in their time.

Composers in the 20th century were more readily infusing the music of other cultures into their work. Puccini had a love of music from the East as evidenced by his opera Turandot. American composer Alan Hovhaness, too, had taken a keen interest in Eastern modalities. Philip Glass acknowledges in his autobiography Music that he only fully realized his true compositional voice after working with the iconic Indian composer, Ravi Shankar. The classical avant-garde were inspiring jazz musicians and at the same time, “le jazz” was imbuing itself into the soul of many classical compositions. Musicians and artists are continually reacting to their surroundings in an everexpanding world.

A significant issue facing classical music today is a consistent shunning of music written by minorities. Women have an especially tough time cracking the credited composer ranks. According to information gathered by Dramma Musica, of the more than 1,400 concerts to be presented worldwide in 2018–19 by 15 of the globe’s leading orchestras, only 76 concerts will feature music written by women. Even more staggering, of the 3,524 works programmed for those concerts, only 82 are written by women—that’s 2 percent. Orchestras are taking some initiative toward greater diversity, albeit mostly conservative steps. Of the 45 composers featured by the Cleveland Orchestra on their upcoming season, only one is a

doors to hear something as monumental and as fresh as that performance. When I asked Davies if he felt slighted that the crowd was smaller for the premiere of Glass’ new symphony, he rejected the sentiment, stating, “I love that audience; they made enough noise for three audiences. They were so enthusiastic and loved it so much that that’s gratifying to me. I want people there who want to be there to hear that which we are doing.” My hope is that more and more will show unabated enthusiasm to hear the diverse, dynamic and relevant music of living composers. And who knows, maybe one day, historians will consider Philip Glass’ 11th symphony to be the modern-day Beethoven’s Fifth. If that does happen, I can say, “I was there when …!” Even so, not everything has to or will be a “masterpiece.” Still, don’t miss your chance to be a part of history or to simply enjoy great music that resonates with you in your time. And in the process, perhaps Beethoven can rest easy knowing classical music is in good hands.

The L.A. Philharmonic’s upcoming season will include music written by 22 women. woman: Pulitzer Prize–winner, Jennifer Higdon. I was delighted to see, however, that 20th- and 21stcentury composers make up more than half of the programming for their 101st season, eight of whom are living. That’s a step. Some orchestras are making less subtle strides toward a brighter future for classical music. One of this country’s leaders in diverse programming is the Los Angeles Philharmonic. Brian Lauritzen of classical radio station KUSC in Los Angeles writes, “We’ve gotten used to artistic innovation from the LA Phil, so it’s difficult to surprise us in that realm.” However, he goes on to say he was amazed when they announced their 2018–19 season. The season, which marks the orchestra’s 100th, will include more than 50 commissions from contemporary legends, such as Glass, John Adams, Steve Reich and many others. In addition, Lauritzen tweeted earlier this year that the LA Phil’s upcoming season will include music written by 22 women.

I was in the room on that chilly February evening when Dennis Russell Davies conducted Philip Glass’ 11th symphony. “Dynamic and vivid,” to use Davies’ words, is precisely how I would describe that experience. I was thrilled to be a part of the audience that night. However, by my “eyeball” estimation, the seats in Jackson Hall were roughly half full. A night that featured two works by Glass and another by jazz/ classical icon Duke Ellington seemingly had very little allure. I would love to see people knocking down the 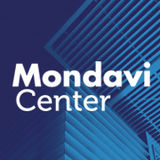 Give Beethoven a Break

Give Beethoven a Break