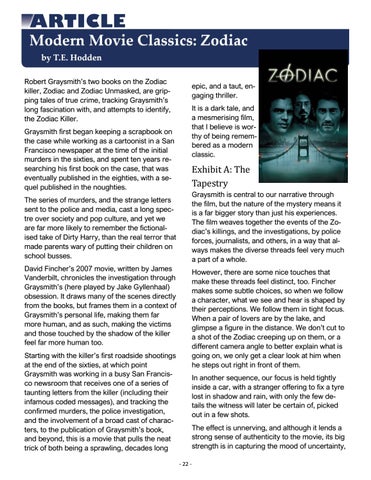 epic, and a taut, engaging thriller. It is a dark tale, and a mesmerising film, that I believe is worthy of being remembered as a modern classic.

Exhibit A: The Tapestry

Graysmith is central to our narrative through the film, but the nature of the mystery means it is a far bigger story than just his experiences. The film weaves together the events of the Zodiac’s killings, and the investigations, by police forces, journalists, and others, in a way that always makes the diverse threads feel very much a part of a whole.

The series of murders, and the strange letters sent to the police and media, cast a long spectre over society and pop culture, and yet we are far more likely to remember the fictionalised take of Dirty Harry, than the real terror that made parents wary of putting their children on school busses. David Fincher’s 2007 movie, written by James Vanderbilt, chronicles the investigation through Graysmith’s (here played by Jake Gyllenhaal) obsession. It draws many of the scenes directly from the books, but frames them in a context of Graysmith’s personal life, making them far more human, and as such, making the victims and those touched by the shadow of the killer feel far more human too.

However, there are some nice touches that make these threads feel distinct, too. Fincher makes some subtle choices, so when we follow a character, what we see and hear is shaped by their perceptions. We follow them in tight focus. When a pair of lovers are by the lake, and glimpse a figure in the distance. We don’t cut to a shot of the Zodiac creeping up on them, or a different camera angle to better explain what is going on, we only get a clear look at him when he steps out right in front of them.

Starting with the killer’s first roadside shootings at the end of the sixties, at which point Graysmith was working in a busy San Francisco newsroom that receives one of a series of taunting letters from the killer (including their infamous coded messages), and tracking the confirmed murders, the police investigation, and the involvement of a broad cast of characters, to the publication of Graysmith’s book, and beyond, this is a movie that pulls the neat trick of both being a sprawling, decades long

In another sequence, our focus is held tightly inside a car, with a stranger offering to fix a tyre lost in shadow and rain, with only the few details the witness will later be certain of, picked out in a few shots. The effect is unnerving, and although it lends a strong sense of authenticity to the movie, its big strength is in capturing the mood of uncertainty, - 22 -

The Amazon #1 Bestselling eMagazine In this issue... Short Stories Humour Poetry Photography Recipes Puzzles Movies And so much more! 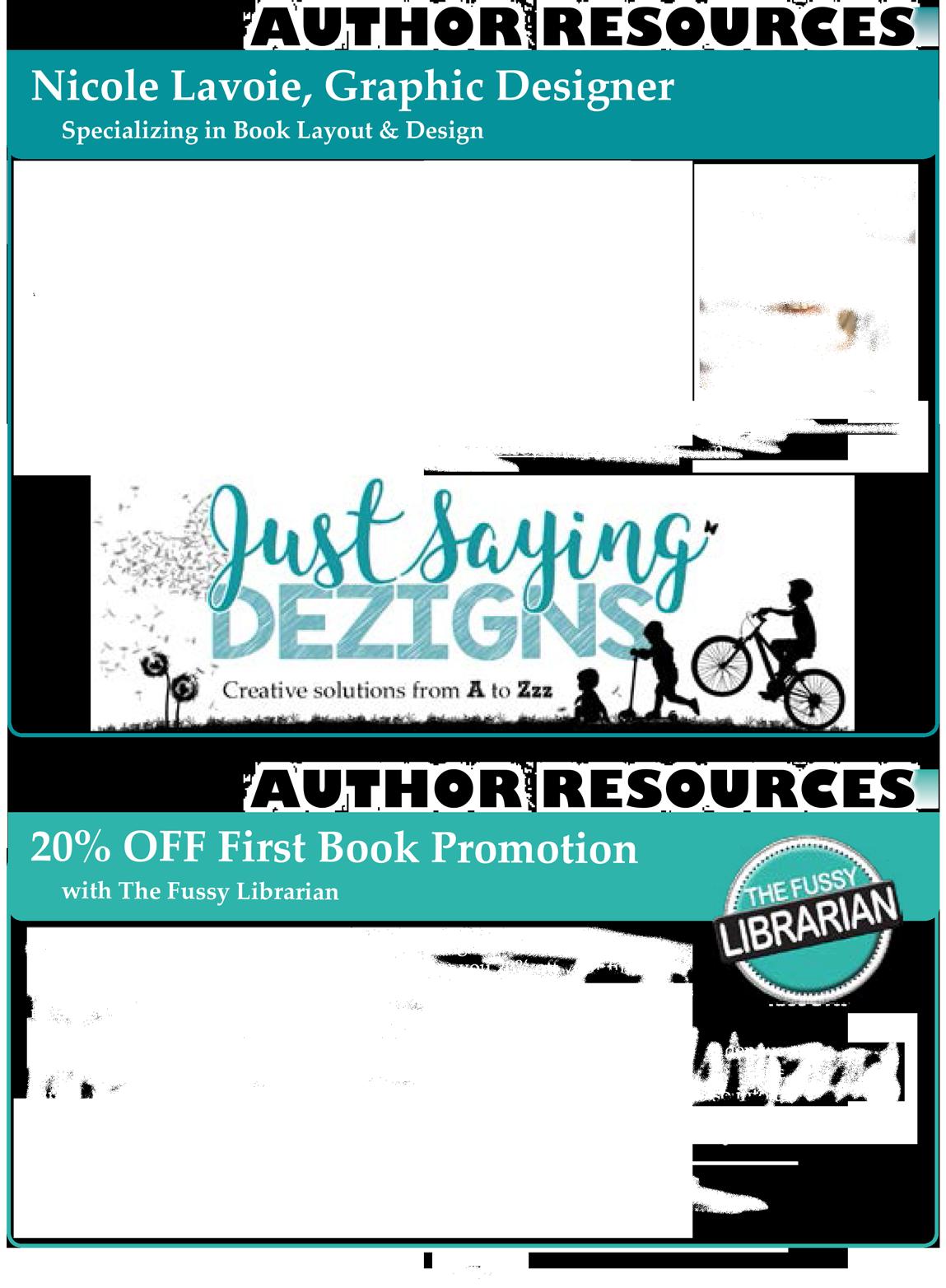 White to Move Supplied by Chess.com

The Gift by Katrina Jackson

Get to know the Characters of You Again by Val Tobin

Only You by Val Tobin

Love Is by Stan Phillips

Him at Number Three by Clayton Graham

Things to Celebrate in August by Poppy Flynn

Beyond Closed Doors by Sue DeCrescenzo

Johnny Morris the Man Who Brought Animal Magic to Millions

The Stream by Stan Phillips

Tales of Tucson by Anthony Randall

Everyone Needs a Laugh by Keith Guernsey

What If by Sue DeCrescenzo 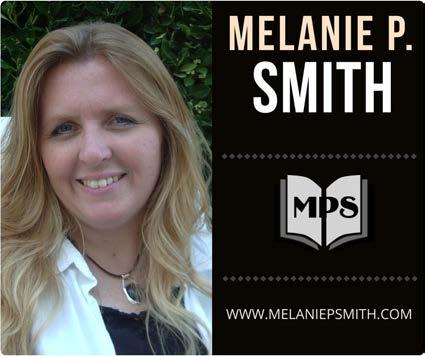