Tenacity and risk are words that most people associate with being an entrepreneur. You have to be tenacious almost to a fault, because if you don’t believe in you, who will? And there’s an inherent risk in doing so, because what if your idea, everything you’ve got at stake, isn’t really as good as you think it is? Debbie Travis never set out to be a television get out of the village she grew up in, and move to London. Even as a young girl, she was always pretty independent, and although she says she never really had ‘massive’ ambitions, she often found herself in a position to take a leap of faith and jump at an opportunity. We were excited to sit down with Debbie and really delve deep to understand her journey and all the amazing ‘jumps’ she took along the way to success. 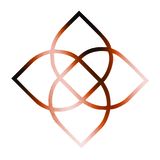