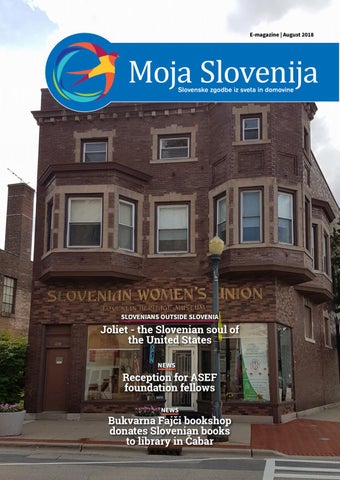 Joliet - the Slovenian soul of the United States NEWS

JOLIET - THE SLOVENIAN SOUL OF THE UNITED STATES 1

The Office of the Republic of Slovenia for Slovenians Abroad

PHOTO ON THE COVER

Joliet - the Slovenian soul of the United States  Blanka Markovič Kocen Joliet in Illinois, some 50 kilometres from Chicago, could be called a »little Cleveland« by virtue of its sizeable Slovenian community. The much smaller Joliet, which has some 150,000 residents, also boasts a strong and very active Slovenian community. I visited Slovenians there at the end of June and beginning of July, when Americans are preparing for and celebrating Independence Day.

My experience provided first-hand evidence that Slovenians in Slovenia could learn from their compatriots around the world about the love of Slovenia and Slovenian culture and tradition. As a journalist, I was treated with exceptional friendliness and hospitality, with my compatriots providing a lot of information and telling numerous stories. In Joliet, which has a large and beautiful park, and which is surrounded by endless corn and soy fields, I first visited the Slovenian Heritage Museum. Diane Hohenwater, who takes care of the museum as a volunteer, told me that it was established in 1985 on an initiative from an association of American women. The museum is supported by its regional offices either financially or with donations of items of Slovenian cultural heritage.

St. Joseph Parish Church Standing very close to the museum is the St. Joseph Parish Church, which is a special church for Slovenians. It was built by Slovenian immigrants so that it would connect them into a strong community and help them preserve the Catholic faith. The church celebrated its 125th anniversary two years ago, which was marked by the launch of a monograph on the church in English. It says that the Slovenian community in Joliet had been growing at such a high rate that it became clear in 1903 that the parish had outgrown its small church. Construction of a new, bigger church started the following year. It needed to be large enough to satisfy the needs of the fast-growing parish. The church was consecrated on 15 October 1905. Since the St. Joseph Parish Church became the largest exclusively Slovenian parish church in the US, the industrial town has attracted numerous Slovenian immigrants.

// SLOVENIANS OUTSIDE SLOVENIA Slovenian school and school museum Also an important institution for Slovenians in Joliet is the Slovenian school, and the school museum established by Angela Zeda and her brother. After attending eight grades of primary school at St. Joseph School, children could opt for two grades of commercial school. They learned business sciences such as accounting. »The children were ready to work or get a job at 16,« said Zeda. According to her, the school was attended by a total of 4,000 students, including herself and all her brothers and sisters. Today, the school is used only for religious education on Tuesday evenings in the winter. »We present our activities every year in the nearby park,« she added.

// SLOVENIANS OUTSIDE SLOVENIA Among the Slovenians in Joliet You can run into Slovenians in Joliet by simply driving around in a car. I was happy to see a »Micka 07« licence plate. I was later told that I could have also come across »Dolenje«, »Maribor« and a few »Janez« licence plates. I had the opportunity to meet some of the owners of these cars in person at a dinner organised by my host, Mary Barrett.

Mary was born in the US but she does not know how and when her mother came to Joliet. »My mother and father lived in a small house in the eastern part of the town, where a lot of Slovenians lived then. They spoke to me in English, and to other people in Slovenian.« Mary has visited Slovenia two times: when she was 12 years old and in 2014. »I liked it very much, and my grandson Jack liked it too. It was his favourite holiday.« Mary has four grandsons, but it seems to her that only Jack, the oldest one, understands that he has Slovenian roots. Mary does not follow what is going on in Slovenia because she cannot read Slovenian. But she watches Slovenian athletes compete in the Olympics, especially in the Winter Olympics, and roots for them. She thinks that the Slovenian-born First Lady Melania Trump is too silent and that she is hiding in the background. »A majority of first ladies have been very active, which is why they were frequently in the news. She should be more active. Then her Slovenian origin would be spoken about more often.« Mary hopes that she will visit Slovenia next year. »I would like to see my Slovenian family again.«

Reception for ASEF foundation fellows Aleksandra Pivec, the state secretary at the Government Office for Slovenians Abroad, received on 23 July the current fellows, alumni and mentors of the American Slovenian Education Foundation (ASEF). Speaking to the press on the occasion, State Secretary Pivec pointed to this year's intensive cooperation and noted that the Office and ASEF were continuing to look for successful Slovenians around the world. She called on representatives of businesses to join the programme.

nians look up to foreign countries too much and do not sufficiently appreciate what they have at home. Michaela Gacnik is a marketing student of Slovenian descent and one of the eight students who came to Slovenia this year. She said she was happy to have connected with the Slovenian part of her family and gotten to know the land of her predecessors. Professionally, she now wants to develop successful ways to market Slovenia as a tourist destination in the US.

Nina Troha, the director of ASEF in Slovenia, said that the foundation, which had been established four years ago in California, currently implemented two programmes: the first finances ten-week secondments of Slovenian students with Slovenian professors working at universities in the US, Canada and the UK, the second posts foreign students of Slovenian stock with Slovenian institutions. Their mentor network features 30 renowned professors. Troha also thanked the Office on behalf of ASEF for its financial and non-financial support.

ASEF is concluding this year the fifth call for applications for research fellowships intended for Slovenian students and students of Slovenian origin for ten-week research visits at institutions in Slovenia and abroad. A total of eight students visited Slovenia this year, while 20 Slovenian students attended practical training abroad. In the previous four years, around 50 students participated in ASEF programmes, which makes this year's 28 students the highest annual number so far.

One of the fellows is Angelika ViĹžintin. She is a student at the Biotechnical Faculty in Ljubljana who participated last year in a research project at Cincinnati Children's Hospital Medical Center. In addition to the knowledge she gained at the hospital, she also pointed to other aspects of such an experience. For example, she has realised that Slove-

Bukvarna Fajči bookshop donates Slovenian books to library in Čabar Representatives of the Government Office for Slovenians Abroad Rudi Merljak and Jelena Malnar visited the Slovenian community in the Croatian region of Gorski Kotar on 11 July to hand over books to the Ivan Žagar library in Čabar on behalf of Bogomir Fajmut - Fajči, the owner of the Bukvarna Fajči bookshop. At the beginning of April, members of the parliamentary commission for Slovenians abroad visited the Slovenian community in the area of Čabar in Gorski Kotar. On the occasion, Sintija Žurga Paripović, the director of the Ivan Žagar National Library, presented the institution to the commission, in particular the Slovenian section, and the activities pursued in cooperation with the Slovenian Cultural Association Gorski Kotar and Mirjana Žagarin, who teaches a Slovenian language course. Their effort to expand the library with books in Slovenian, to be used by the students of the Slovenian language course, encouraged the former MP and commission member Benedikt Kopmajer to connect the director Žurga Paripović with Fajči, who was happy to donate several boxes of books to the library. On Kompajer's proposal and with help from the Office, the books were delivered to the Slovenian community in Gorski Kotar. The library director Žurga Paripović, the president of the

Sintija Žurga Paripović, director of the Ivan Žagar library in Čabar, with participants of reading workshops.

Draga 2018 in Cankar's spirit This year's Draga Study Days will take place from 31 August to 2 September 2018 in the backyard of Finžgarjev Dom in Villa Opicina, announced Slovenska Prosveta, the organisation uniting Slovenian Catholic educational and cultural associations in the Italian province of Trieste. Not only will the event mark the 70th anniversary of the organisation, it also coincides with celebrations marking the 100th anniversary of the death of Slovenian playwright Ivan Cankar. All the topics for discussion will be in the spirit of Cankar's strong advocacy of the ideas of pluralism, cosmopolitanism, social justice and political tolerance. Lectures will be delivered by Erika Jazbar, Aleš Šteger, Imre Jerebic, Lojze Peterle and Bernard Nežmah.

Invitation to Slovenians in America to participate in a study Researcher Andreja Bezjak is asking you to participate in the project »Documenting folk literature in Slovenian expatriates in North America«. Bezjak will be back in the US between 7 and 28 September to continue her research on folk literature and memories and stories of Slovenian immigrants. She is still looking for contacts in Canada (Toronto, Montreal) and the US (Pennsylvania, New York). She would appreciate any contacts, especially (but not limited to) members of older generations who still speak Slovenian. She will be thankful for any information. 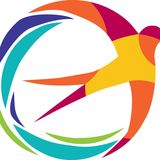